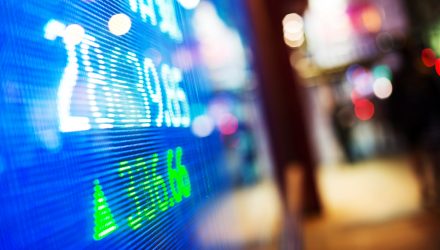 What Would Happen to Stocks if Russia Invades Ukraine

Financial markets have become more volatile this year amid higher inflation and potential rate hikes by the Federal Reserve.  The uncertainty about whether Russia will invade Ukraine and how the US and NATO would respond have presented an additional risk. On Monday, Russian President Putin ordered troops into Donbas in eastern Ukraine after recognizing the independence of two separatist pro-Moscow regions. The US and UK, along with several other countries including Japan, Australia and Lithuania said they plan to impose sanctions against Russia. Additionally, Germany halted approval of the Nord Stream 2 pipeline. The chance of a full-scale invasion of Ukraine continues to be very high.

While no one can be sure how the events will unfold, higher energy prices as a result of the geopolitical conflict will definitely have negative impact on financial markets, especially at the times of Fed tightening and high inflation. The key questions for investors are (1) how might the invasion and subsequent sanctions by the US and NATO impact the energy prices? (2) how will the Fed react? (3) how will all these affect the economic growth.

Oil prices have jumped recently in part because the potential invasion could derail the world energy supply. Russia is the second largest oil producer with 9.7 million barrels per day last year. Damaged infrastructure in a war or Russia weaponizing oil exports in response to sanctions could strain the supply further. Many economists warned that oil prices could easily jump to $120 a barrel in the event of invasion.

The price spike could be offset in part by countries releasing emergency reserves or OPEC increasing production. Over the past decade, the US has become more energy independent because the development of shale oil production and energy conservation efforts. However, 7% of our oil imports is from Russia. Given the global nature of the oil markets, any major disruption of oil supply will put tremendous pressure on prices.

The impact on Europe is likely to be greater because of its dependence on Russian natural gas. Russia is the second largest producer of natural gas and exports a large amount to Europe by pipeline, with much of it passing through Ukraine. The halt of the Nord Stream 2 gas pipeline by Germany will add more supply constraints.  The disruption of Russian gas exports will put more pressure on energy prices.

Inflation, currently at 7.5%, is the biggest economic problem in the US. The Russian invasion of Ukraine could make it even worse. If oil prices rallied to $120, year-over-year inflation would reach 10%, some analysts said.  Beyond disruption of energy supplies, food prices could move higher. Russia is the biggest exporter of wheat and Ukraine is also a significant exporter of wheat and corn.

In addition to causing higher inflation, higher oil prices can also stifle the growth of the economy through their effect on supply and demand.  Increases in oil prices can depress the supply of other goods because they increase the costs of production.  In the meantime, high oil prices also can reduce demand for goods other than oil because they act as a tax on consumers. Some economists estimated that $120 oil could reduce the GDP growth by 1%.

Facing increasing inflation, the Federal Reserve has been under pressure to tighten monetary policies. Currently, the market has priced in seven 25 basis points rate hikes by the end of the year (see Figure below). The invasion could leave the Fed less room to maneuver between the potential economic slowdown and higher inflation. It is unlikely the Fed will slow the pace of the tightening even if the economy slows as inflation presents a bigger overall risk. 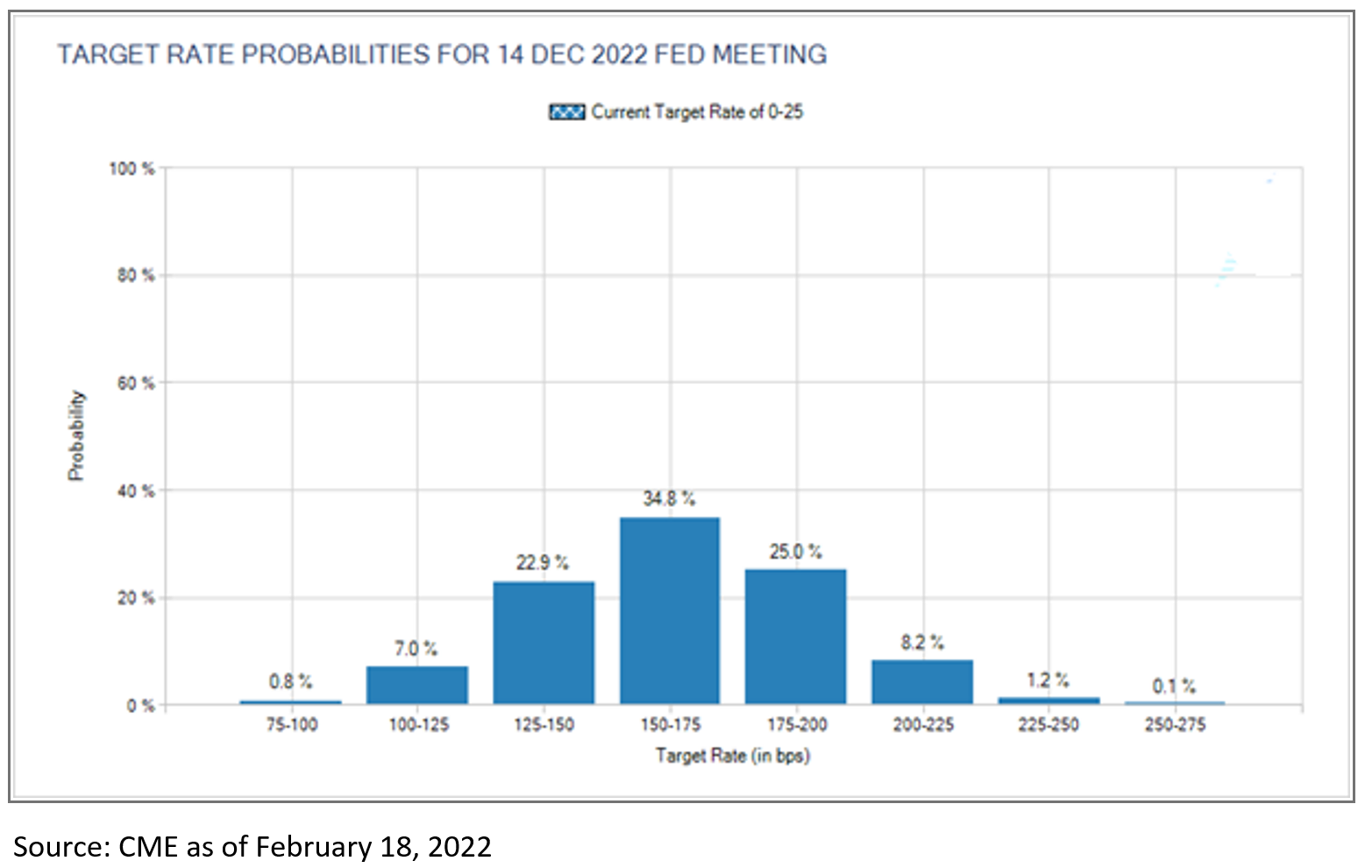 Unfortunately, a full-scale invasion of Ukraine could not only worsen inflation but also slow down economic growth, creating a situation like “stagnation” in the 70s and 80s. In those periods, stock market underperformed. Although the US economy is less dependent on oil nowadays, it is very likely that higher inflation, higher interest rates and moderate economic expansion will result in poor stock market performance during the rest of the year.