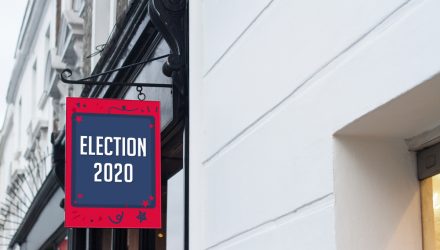 What Will the Election Results Mean for the Markets?

The news cycle is certainly heating up. On Friday, it was announced that the President and First Lady have contracted the Coronavirus. Markets retreated on the news. Today, Monday, the markets are up at the time of this writing on the news that Trump may be able to leave the hospital soon. With the election less than a month away, and congress playing a “will they, won’t they” with a stimulus package, we would expect volatility remain high, and markets to fluctuate in both directions.

Speaking of elections, it seems like every investor wants to know what will happen to the markets depending the November election results. You can find several polls and articles online detailing what media pundits expect to happen to US markets if Trump or Biden win. They will use statistics and inferences to make predictions, and probably have some dialog saying that “markets have averaged X% following a Democrat being elected, and Y% following a Republican election.” These statistics are seldom correct in predicting what will happen. Trying to predict a candidate’s influence on the stock market is often an activity done in futility. Let’s use the 2016 election as an example. If you listened to the news media in 2016, very few would have predicted that Trump would win the election. In fact, here is a story we like to tell when it comes to comparing news events in markets:

It’s the Friday before the 2016 election, and I have a crystal ball. That crystal ball tells me 3 things:

Now, put all your money in stocks or bonds for the rest of the year.

Based on that information at the time, most people would choose to put their money in bonds. The result? Stocks shot up; bonds went down (Treasuries had a peak-to-trough decline of almost 20%).

Markets, and the actions/emotions of investors are dependent on environment. The stock market was in a state of low volatility entering into the 2016 election; a state that continued for some time after the election. Obama became president at the bottom of a highly volatile bear market, and GW Bush started his presidency at the peak of a tech bubble. Today’s environment is one characterized by high volatility, and even some parabolic movement. Virtually everyone is curious as to what will happen in the markets if XYZ candidate is elected to office, but the reality is that no one really knows. All we know is that today, markets are volatile.

Short-term volatility had been calming down heading into September. Since then, several days have been outliers. Markets do not like uncertainty, and the recent outlier days have been a reflection of that. Investor, and market, uncertainty will probably continue into the election.

If you are into trying to predict elections, here is a fun statistic that comes from Larry Mayer, a writer for the Chicago Bears (Larry notes that he is not making a political post): “Since the NFL realigned in 2002, [the Chicago]Bears have played the [Indianapolis] Colts every 4 years in an election year. When the Bears won, a Democrat won the Presidency (Obama in ’08 &amp; ’12). When the Colts have won, a Republican has won (Bush in ’04 and Trump in ’16).” So, given the results of Sunday’s matchup, it looks like Trump will win the election?

Markets have done the unthinkable twice this year. First, they dropped -30%+ in less than 2 months. Next, the S&P 500 rose back to its high point in an unprecedented rally. In September, the market corrected -10%. Markets have certainly not been predictable, and will probably not be predictable into the future.

The market is in a transitional phase right now, one with rising volatility. Navigating this type of market requires investors to mitigate risk and create a stable portfolio—one with low volatility and a high Benefit of Diversification.