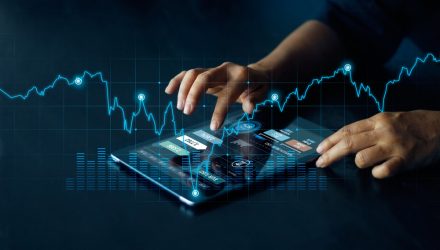 What is Happening to Communications Stocks?

It is no secret that technology-related stocks have a significant impact on the overall market’s movements.  In fact, the largest 5 tech stocks make up 24% of the S&P 50.  In other words, that is 1% of the components accounting for 24% of the movement.  Today, technology-related stocks make-up a larger percentage of the S&P 500 than they did prior to the tech-crash in 2000.  That is something to be concerned about, but a collapse in technology has not begun to unfold just yet.

In the interim, technology’s large weighting within the market indexes can overstate the strength in the markets.  Technology stocks as a whole have led the markets for the last few months.

Source: CIM, using daily data from Yahoo Finance, sector weightings from SPY ETF Holdings as of 11/19/2021. Highlight denotes that the sector is one of the largest 5 market components.

Looking at the table above, you will notice a few things.  The return column indicates the sector ETF’s return since September 30th, which was a relative low point in the S&P 500.  In other words, this table shows how much each sector has returned in the recent advance.  The technology sector is outperforming every other sector, particularly when you consider Tesla to be technology-related, and its stock contributing heavily to the Discretionary sector’s return.

What is even more interesting is that the bottom three performers have been Healthcare, Financials, and Communications… three of the five largest market components.  If you are looking at the markets as a whole, given the recent run, most stocks are not overbought, and quite a few names outside of the largest stocks have sold off.

Let’s highlight Communications.  The sector ranks last on Canterbury’s risk-adjusted rankings, and it’s the only sector to have a negative return since September 30th.  So, what is the issue with the Communications sector?

Let’s start by looking at the FAANG stocks, specifically the F, N, and G.  Facebook (now called Meta), Netflix, and Google are all in the Communications sector, and being FAANG stocks, are very much synonymous with technology.  Between these 3 stocks, FNG collectively makes up 53% of the sector’s market capitalization.  So, half of the sector’s movement is attributed to 3 securities.  In the last 3 months (since Aug 20th), the sector as whole is down -3.5%.  Facebook, which makes up 21% of the sector, is down about the same as the overall sector; Google (26% of the sector) is up 8.5%; and Netflix (5% of the sector) is up 24%.   In summary, Facebook is down about the same as the sector, but Google and Netflix (31% total of the sector) are both up significantly.  How can Communications be down?  Well, the average stock within communications is down -25% off its 52-week high. 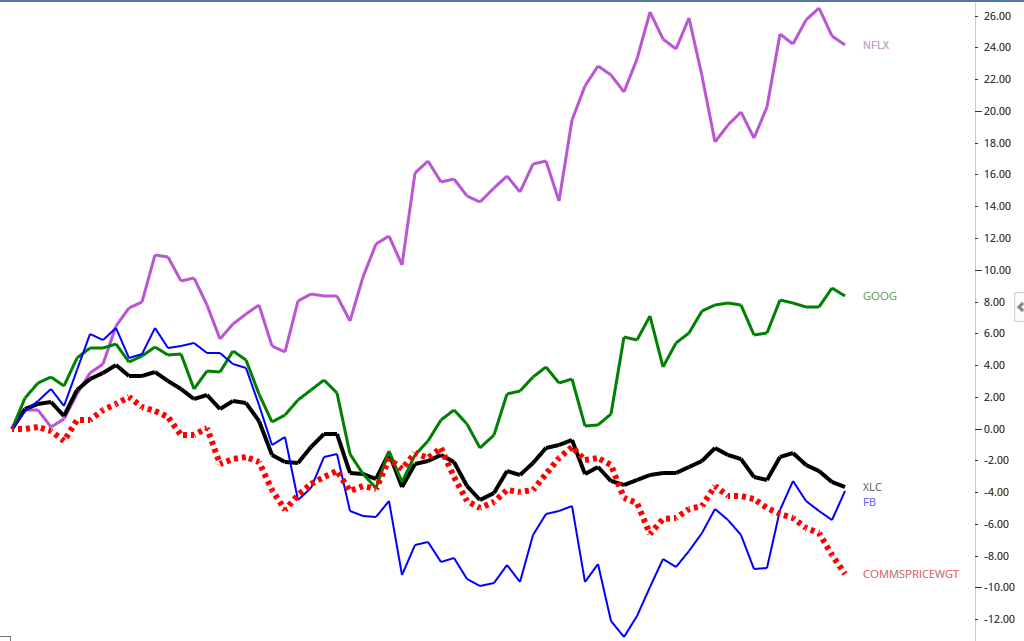 Technology stocks play a significant role in terms of where the markets will go.  If technology is strong, the general market will look strong given technology’s weight in the markets.  This can, however, inflate the broader market strength.  Our table showed Consumer Discretionary as being up 17% since September 30th.  A little more than 5% of this sector return came from just one stock (Tesla) in a sector composed of 63 stocks.  The FAANG stocks of Google, Netflix, and Facebook (Meta) have kept Communications flat-to-down over the past few months, while the majority of the sector is in bear market territory, down -20% or more from their 52-week highs.

This is an interesting time for the markets, but it is not the first time we have seen this disparity.  Technology also made up a significant majority of the S&P 500 back in 2000 and Financials made up a significant majority heading into the financial crisis.  The bottom line is that right now, technology is overstating strength within the markets, particularly in a few sectors.