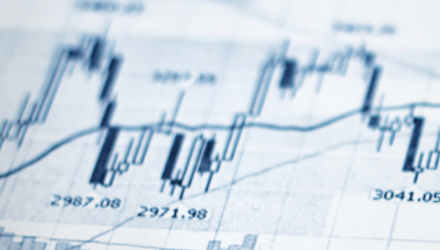 Since early June, oil prices have fallen significantly, breaking the psychologically important point of $100 per barrel.  Technical support exists at $95 per barrel, so we will be watching to see if it holds. 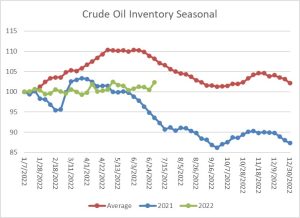 The above chart shows the seasonal pattern for crude oil inventories.  It is clear that this year is deviating from the normal path of commercial inventory levels.  Although it is rarely mentioned, the fact that we are not seeing the usual seasonal decline is a bearish factor for oil prices.

Since the SPR is being used, to some extent, as a buffer stock, we have constructed oil inventory charts incorporating both the SPR and commercial inventories.

With so many crosscurrents in the oil markets, we see some degree of normalization.  The inventory/EUR model suggests oil prices should be around $65 per barrel, so we are seeing about $35 of risk premium in the market.

In general, gasoline demand is price inelastic, which is “econ talk” for demand being insensitive to price.  Since substitutes for gasoline are mostly non-existent, consumers trying to adapt to higher prices are left with other methods, such as carpooling, combining trips, or using public transportation.  Unfortunately, data on public transportation is only available through Q1.  However, the data does suggest that ridership is well below pre-pandemic levels.  In the long run, demand can fall if car owners shift to more fuel-efficient vehicles; the work-from-home movement may also lead to lower structural demand.

At the same time, gasoline demand is very elastic to economic growth; as growth slows, demand declines.  We are seeing clear evidence of weakening demand. 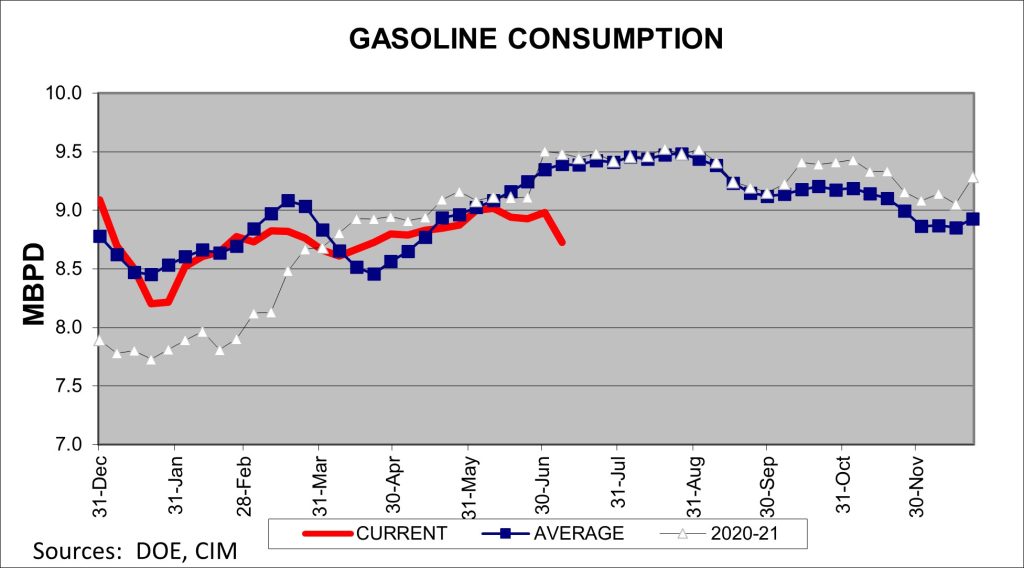 Seasonally, this is where we usually see peak demand.  The fact that demand is falling and that it is usually price insensitive likely argues that the economy is weakening.

It’s a big week in geopolitics and energy.

[1] Lacking an effective tort bar is useful for such efforts.