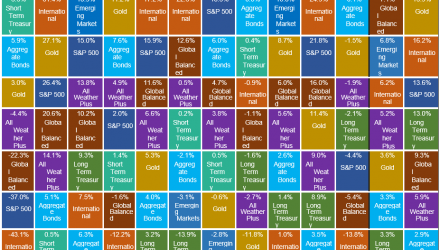 Volatility spikes have returned with concerns around a slowing global economy, quantitative tightening around the globe, trade wars, maturing tech giants, and the piles and piles of debt, at all levels. There are many signs indicating global growth is in the later stages, and concerns of a potential recession in the next 6 to 24 months are real.

We are in the midst of the longest economic expansion in modern history (at least in length, but not so much in magnitude). Let’s take a moment to review one of the themes over the last few commentaries: the growing correlation between central banks’ balance sheets and the MSCI ACWI Index (all country world). As you can see below, the correlation remains strong, and central bank balance sheets are set to continue contracting at a meaningful pace. 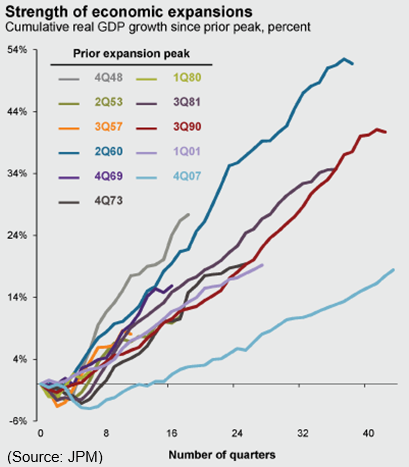 The iShares Core S&P 500 ETF (IVV) returned -4.42% for 2018, and -13.53% for the fourth quarter. It’s hard to remember that as recently as September 30th, IVV was up over 10.5% for the year. Mid and small caps outperformed large, returning -1.33% and 1.61% respectively for the year, but both coming with additional downside in Q4. The two-year run of momentum stock dominance falls flat on  its face, leaving investors with a very difficult question to ask themselves, buying opportunity or value trap?

A common theme from the perma-bull camp is the reset of the forward price to earnings ratio (P/E) of 14.4. In historical context, this is “actually quite cheap!” But when you dig deeper, the answer seems less clear. As we have discussed in previous commentaries, profit margins have soared, and continued to soar for US equities for quite some time. Coupled with lofty earnings expectations looking forward; it could all lead to continued volatility in up-coming earnings seasons. We have seen some wage growth to potentially put a few extra dollars in consumers’ pockets, but in our opinion, consumers are stretched pretty thin as is. 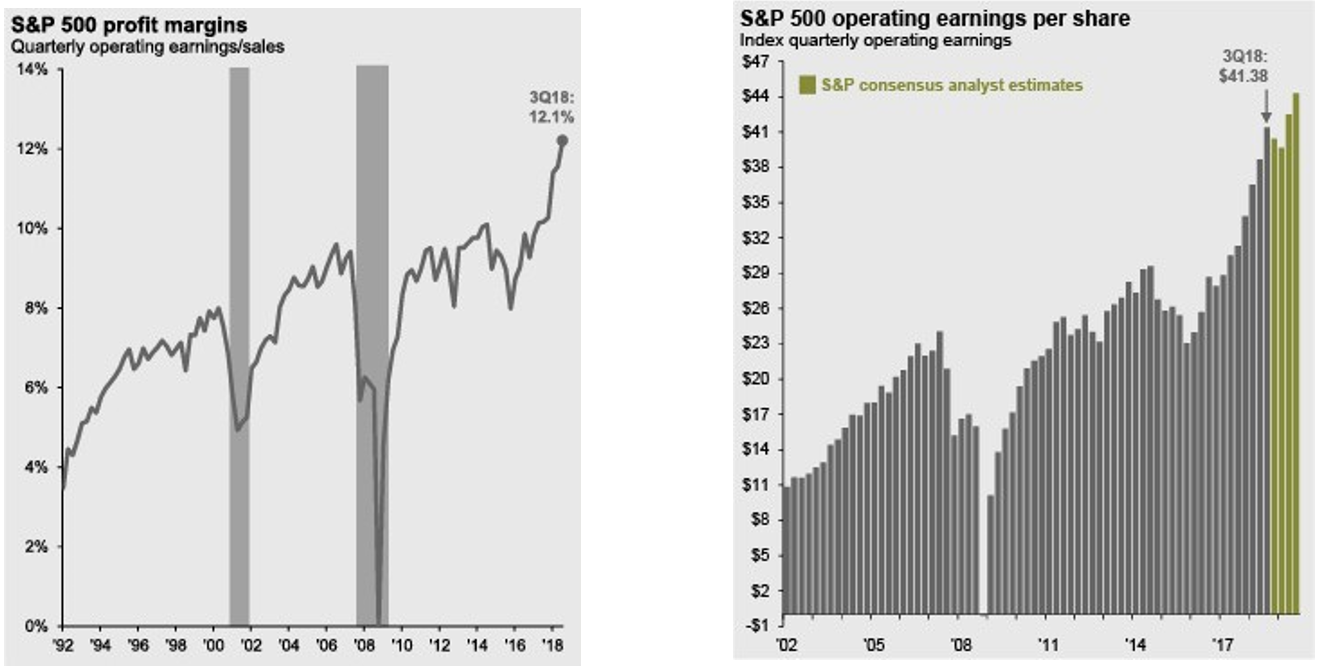 In US equities we continue to shift further from traditional market cap weighted index’s weigh huge exposure to the stocks with the most momentum of the past few years. We favor more targeted structures trying to capture value in a “GARP” like approach within large cap equities through the use of the Reverse Cap Weighted US Large Cap ETF (RVRS).

The iShares MSCI EAFE ETF (EFA) returned -13.83% for the year, but actually outperformed US equities by 1.73% in the fourth quarter, “only” losing -13.59% over the 3 month period. What’s most interesting about this is it all occurred while the dollar actually gained value. The US Dollar measured by the Invesco DB US Dollar Bullish ETF (UUP) returned 7.34% this year. With political uncertainty around Brexit and geopolitical risks surrounding Russia we still view this asset class as neutral, and prefer access through more selective vehicles, such as the Flexshares Morningstar hds. Developed Markets ex US Factor Tilt (TLTD). We don’t see much additional downside relative to US equities in this asset class. 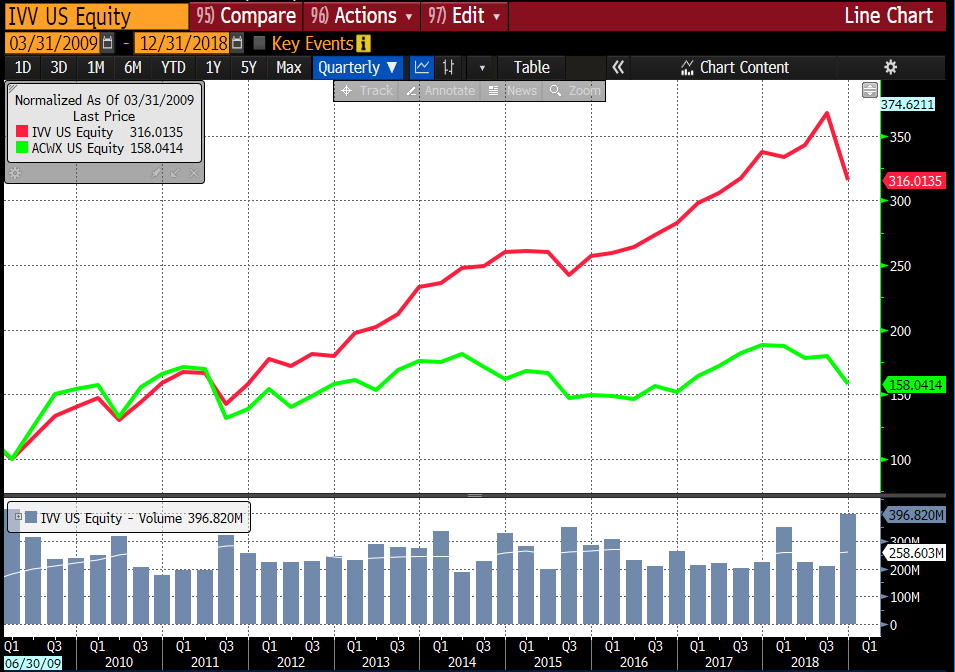 We are optimistic about Emerging Market equities as we recognize their long term importance in the world economies as driven by changes in demographics and technology. Emerging market populations in China and India as an example are set to embrace and potentially lead technology development as a result of their own cultural needs, i.e. blockchain, robotics, AI and perhaps unfortunately cyber-security. Similar to how Tech took over the as the largest companies in the world, emerging markets are set to become the largest economies in the world.

The iShares MSCI EM ETF (EEM) returned -14.98% for the year, but performed significantly better than both US and International developed equities in the fourth quarter, giving up -7.56%, for an outperformance of 6.76% on the downside. Last quarter we mentioned that at current ratios, the downside in emerging markets, regardless of the risks surrounding China were likely not worse than what may occur within US markets. This was mainly due to how beaten down the asset class has been as of late. China, measured by iShares MSCI China ETF (MCHI) lost -10.85%, and most surprisingly, a basket of emerging market currencies measured by the WisdomTree Emerging Currency Strategy ETF (CEW) was positive 0.89% for the fourth quarter despite the uptick in volatility, leading us to believe a reversal in US dollar strength is due to occur.

Similarly, to International developed, we prefer more selective approaches to this space such as WisdomTree Emerging Markets ex-State-Owned Enterprise ETF (XSOE), KraneShares (KWEB) and The Emerging Markets Internet & Ecommerce ETF (EMQQ). Noteworthy, is the fact that these targeted ETFs do not have a great deal of overlap.

What 247 trillion dollars of debt looks like (approximately 63 trillion borrowed by central banks).