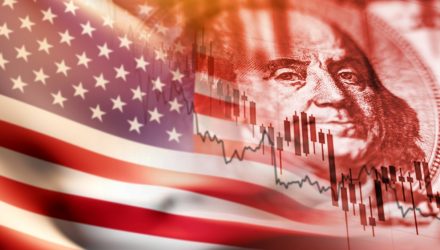 The U.S. Economy is Bigger Than Politics

As we face midterm elections in the coming months, it is important to have some perspective on what really contributes to U.S. economic growth. Despite the rhetoric, the long-term growth of our economy is not in the hands of government officials. The depth and breadth of the U.S. capitalistic system makes our economy beyond the control of a political party, branch of government, or individual. Rather, the decisions and innovations made in the private sector propel U.S. prosperity over time.

To illustrate this point, consider a spectrum of executive power. On one extreme is the President of China, which is a centrally planned economy. China has a communist system where governmental control is based in Beijing, and the government is heavily involved in their economy and owns the major banks. Through this and other mechanisms, the President of China can direct resources and economic activity.

On the other end of the spectrum is the U.S. government with no centralized mechanism for control. For example, at every step, the U.S. President faces potential challenges from Congress, the judiciary, and even the states in addition to other areas.

Our founding fathers, who were suspicious of tyrannical governments, intentionally crafted our form of government so that no branch, especially the executive branch, could wield too much power. Governmental policy change in the U.S. is a slow grind as compared to the more dramatic changes we see in some other countries. Our President must work with Congress, hundreds of judges on the federal judiciary, and the 50 states in order to enact significant changes. Objections at any level can gum up the works, and that is by design. While the President can make things easier or more difficult for some sectors and industries, the broader economy is purposely out of the President’s reach. 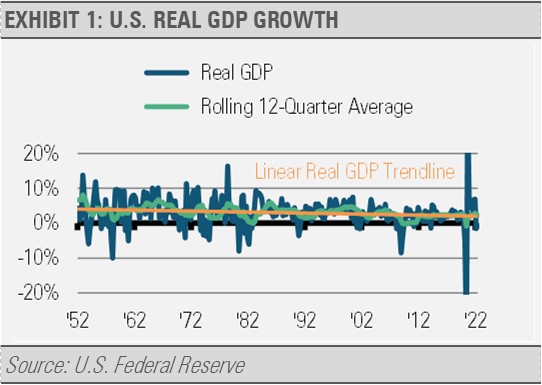 The U.S. economy, which is fueled by innovation and labor force growth, is dominated by the private sector. We can see this phenomenon in the long-term growth trends of the overall economy, as well as in the rates growth of productivity and the labor force.

For example, consider growth in Gross Domestic Product (GDP), which is a very broad measure of economic activity. In the post-World War II era, we have seen Republican and Democratic presidential administrations come and go. There is no clear trend in the GDP data related to which party held sway in Washington, D.C., because our economy is bigger than what occurs within the Washington beltway.

These are the true drivers that increase the standards of living dating back from the advent of steel production through mechanized farming, and all the way to the digital age.

Our founding fathers were wise to learn from history and established our governmental system that, while not perfect, has stood the test of time. Recall that it was individuals like Henry Ford and the Wright Brothers who were at the forefront of innovation at the beginning of the 20th century and Steve Jobs and Bill Gates many decades later, with untold numbers of contributions from innovators in between. We look forward to seeing where our country’s innovators will lead us next.