You are at:Home»ETF Strategist Channel»The Other Side of the Economic Story 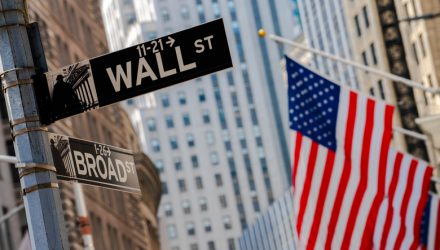 The Other Side of the Economic Story

What the Nobel Laureate is not telling us

Author’s Note: Readers should be aware that, while we participated in the last Presidential election, we did not cast a vote for either major party candidate. We believe in the two-party system since liberals and conservatives need each other, as the right course of action can generally be found between the back and forth of their two positions. That said, to totally sign on with one or the other party gives away too much independence of thought in our opinion. As an independent, one need not to have to blindly support either the party view or all of their representatives. Only as an independent person, can one exercise contempt evenly and view success or failure dispassionately. But as an American, it is important in one’s critique of any President to give him/her a chance; to observe them closely; applaud what is sound; criticize what isn’t; and wish them well. With respect to our current President, our view is that, while he daily violates the norms of civility, decorum, and deportment, his policies haven’t been ideologically extreme, but temperamentally extreme. Based on the data below, it would be difficult for an observer not to conclude that President Trump has generated some notable economic success.

… “why has Trump been unwilling to do anything, and I mean anything, to help the people who installed him in the White House?”

… “In 2016, on the campaign trail, Trump sounded as if he might be a European-style populist, blending racism with support for social programs that benefit white people. He even promised to raise taxes on the rich, himself included.”

… “Since taking office, however, he has relentlessly favored the wealthy over members of the working class, whatever their skin color. His only major legislative success was a huge break for corporations and business owners; the handful of crumbs thrown at ordinary families was so small that most people believe they got nothing at all.”

Reflecting the above, we believe there is an extensive amount of data that Professor Krugman has either not seen, or perhaps has chosen to ignore, but needs to be recognized and acknowledged.  We feel the following is relevant to whether the Krugman quotes above have merit.

There has been a dramatic pickup in GDP so far under the Trump policies as can be seen in the table below sourced by the St. Louis Federal Reserve. Many felt that a Trump Presidency would definitely not be characterized by any acceleration in GDP due the belief that 2% or less growth was the “new normal” … or worse, that we would move directly into a recession. President Obama famously said that “President Trump would need a magic wand to get to 4% GDP”.  Notably, that level was achieved in the 2nd quarter of 2018 when GDP registered a growth rate of 4.16%. While that level of growth has not been sustained, the annualized quarterly growth rate for 2018 was impressive at 2.98% and for the past four quarters, the average has been even better at 3.19%. There is a major difference between a 2% GDP and a 3% GDP. Some, when queried, would say the difference is “1%” when, mathematically, it is really a 50% step-up. So, the GDP attained so far in the Trump administration far exceeds the GDP achievements of both President Obama and President Bush.

We would remind readers that one of the longest stretches of time without a year registering 3% growth in GDP was the four-year time frame from 1929 to 1933 that encompassed the Depression years. There was one other three-year period, from 1945 to 1947, when GDP failed to reach the 3% growth threshold. Regrettably, however, the Obama Presidency failed to achieve GDP growth in excess of 3% in any of his 8 years in office. Some would correctly note that President Obama inherited a difficult economy, but the economic recovery took hold just 9 months into his Presidency, leaving 39 months to enjoy a strong rebound from those depressed levels. That didn’t happen.