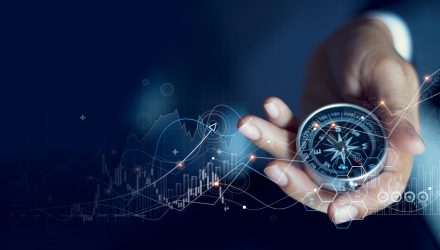 They all are, really. The normal state of modern economic society of the mostly free and open sort, is growth at a rate similar to that of growth in the working population plus productivity. This can be goosed by increases or decreases in leverage. Normalcy can be swung around a good bit even by changes in just these three things, but it can be really thrown off by other idiosyncratic occurrences. Excesses, imbalances, shocks, call them what you will. Growth will accelerate, slow down and sometimes turn into contraction. Recession is the normalization from too much growth, and recovery is the normalization from too much contraction. Normalization of the former can range from inconvenient, to unpleasant, to miserable.

We’ve had a lot of normalizing lately. The dot-com bubble and the Great Financial Crisis seem like they were eons ago, and it feels like they have long since normalized. Their reverberations, however, can still be felt in the financial system today, mostly in the form of high debt levels and reduced productivity. Nevertheless, the decade leading up to COVID was calm to the point that some had even termed it The Great Moderation. COVID put an abrupt stop to that, and the world economy has been adjusting and trying to normalize ever since.

The debt hangover and COVID weren’t the only things out of kilter though. Climate issues, energy policy, trade, concentrated critical factor dependence and security (think rare-earths and energy), national security, and the acceleration of the digital age (to name a few) were building in their own rights. COVID just dramatically pushed us past the tipping point.

We had a recession in 2020, but it was short, sharp, and relatively painless, and then it was seemingly back off to the races. There wasn’t really even enough time to talk about recession, let alone feel one. This is a result of the pandemic responses from which we are now normalizing:  Massive fiscal stimulus from Congress and massive monetary stimulus from the Fed, coupled with a much faster than expected re-opening of the economy.

Supply that gets taken out is slow to rebuild, but demand was propped up and not allowed to be destroyed. The mismatches mounted and getting them to match again has proven thus far to be difficult. The result is inflation persisting at levels causing alarm and true hardship. The causes are free money, cheap money, and a poorly understood reallocation of time, resources, and preferences among consumers and in the labor pool. The first two have been reversed—massive fiscal stimulus is over, and money is no longer cheap. The third may take more time to normalize.

Uncertain lagged effects are hard to manage to, especially in public policy. Global long and short interest rates are up significantly in the last year, as is the price of oil, and it can take 12-18 months for the effects to show up in the economy. Our own Fed just started hiking a mere four months ago, and they say they have more to go. They, and other market participants, are watching what is happening to inflation and employment now, and making decisions based on that, even though they know that what really matters is what will have happened over a year from now.

Consumers and businesses, via sentiment surveys, say they are very pessimistic about the future. Consumers have so far continued to spend, but their real purchasing power is suffering, and they are showing mixed signs of spending differently. Businesses are planning the best they can, but given the mixed signals from their end markets and extended lead times in supply chains, inventories are backing up, growing stale, and causing businesses to slow activities on the margin.

Long-term underinvestment in housing and energy infrastructure has contributed to a shortage of supply, exacerbating inflation stickiness. Oil prices were normalizing off their COVID lows, plowing through the range with which markets had become comfortable ($50-$70) on their way to the $90s, while housing prices increased excessively in our view. When Russia’s invasion of Ukraine disrupted significant portions of the world food and energy markets, the floor under energy and food prices seemed to rise.

Inflation, employment, recession, and the Fed. Is it possible to have a “recession,” an economic contraction, where consumers are spending a little less, everyone who wants a job can more or less get one, businesses are not failing any more than usual, and people, even with higher prices, can make ends meet enough to heat or cool their homes, drive to their jobs, and not go hungry? Possibly. It wouldn’t feel like a typical recession though. That’s where we seem to be now. But more likely something has got to give if it’s going to be a real recession. This is what the Fed, the rest of the world’s central banks, and all of us, are watching.

Are we in, or inevitably headed into, a recession? NBER will tell us, later, whether we were in a recession today. That won’t matter to consumers or to our investment thesis. We will know we are in one when it feels like we are in one. That is what will matter. There has been a lot of debate about whether we are inevitably headed into recession in the later half of this year or the early part of next year.

The evidence is still mixed on this. There are numerous leading indicators and prediction models and rules of thumb one can consider. For the most part, they have all been deteriorating and indicating the probability of recession in the near term is increasing. At the macro level, the difference between yes and no comes down to whether you are measuring spending (which is captured by GDP, and to which the recession question is yes), or income (GDI), to which the answer is not yet.

The 2Q22 GDP report gave a lot of insight into the conflicting evidence. The overall number was negative, but not by much. The biggest drag was from lower inventories, something that would ordinarily not generate much worry or analysis, but these days is being watched very closely and dissected carefully for signs of over-ordering or mis-ordering, which is one thing, or demand destruction, which is quite another. Government spending was down also, something that also usually doesn’t generate much consternation, but considering the fiscal stimulus cliff, is also more important currently. Capex edged down a small amount, a negative, but small enough as to not being alarming. Perhaps the most telling line item was that personal consumption expenditures (what we tend to think of as the driver of the economy) was up by only 1%, the smallest gain in this expansion. Hints here of potential demand destruction. In addition, services spending was up 4.1%, but goods spending was down -4.4%, highlighting the transition in demand preferences.

The Fed has had a momentum change, not a pivot. The Fed is trying to influence inflation (they are very clear that it is the only thing that matters now) by influencing demand through the level of interest rates, the only one of which they can directly influence is the short term one, Fed Funds. The extent to which they can influence the current drivers of inflation is a matter of unresolved debate, but to get there they have to go through demand first. Too much curtailing of demand, and voila! Recession. The missing piece from recession today is meaningfully higher unemployment. If demand is curtailed too much and job availability goes negative relative to people who want them, that will begin to feel more like a recession. At that point, inflation is likely to be perceived by the Fed as not the only thing that matters.

Up until the most recent meeting, the Fed’s path they have detailed has ratcheted up unabated in what seemed like an accelerating manner. It appears that the upward ratcheting of the path has stopped, and that the rate increases may have begun the downward part of the crescendo with 75 bp being the apex and the future being 50’s or 25’s on the way to a pause at some point in the future. After this, the market is pricing in cuts that are not in the Fed’s dot path.

Rates at today’s level are generally considered to be at the lower end of neutral, that is, not stimulative, not restrictive. But nobody knows what that rate actually is. Whether this is enough to get the inflation job done and how much more the Fed will actually do is one of the biggest uncertainties in the markets today, in our view.

Uncertainty is still high; our positioning is still conservative. Proper asset allocation continues to be the most important investment strategy. We manage our strategies with a focus on prudent asset class exposures given investor time horizon and other risk tolerance considerations. Our approach is based on the weight of the evidence and reducing risk when uncertainty is high. We expect that uncertainty will remain high in the second half of 2022.