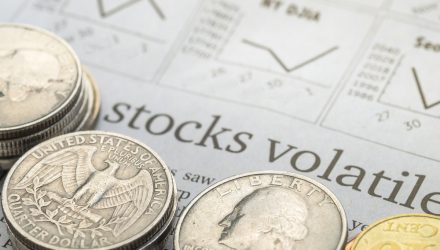 The Markets are Volatile. What is the Plan?

So far, January 2022 has not been kind to the markets.  At one point during the day Monday, the S&P 500 was off by more than -11% after putting in an all-time high to start the year.  As we have stated in previous market updates, technology-related stocks have seen the biggest increase in volatility.  Volatility is a sign of confusion and fear, which is a bearish characteristic.

We have been very vocal about the risk in the large-capitalized technology for months.  The S&P 500 index is mostly composed of technology-related securities, with its top 7 companies representing a quarter of the market index.  Those same top 7 companies are primarily responsible for most of the gains in the index. They are also responsible for much of the decline that we are experiencing now.

Here is a look at those top 7 company stocks, with their year-to-date declines through Monday’s low point.  At the time this table was created, the market was off -11% YTD, and its largest components off by even more.  Keep in mind that this was pulled near the market’s low on Monday and not at the market’s close, which ended up slightly.

A series of outlier days

Of the 15 trading days in 2022, 10 of the days have been down, and half of those have been down by more than -1%.  The volatility of the S&P 500 has gone from a low point of CVI 48 (Canterbury Volatility Index) to CVI 88.  Rising volatility is a negative characteristic and equates to rising risk in the markets. The volatility of the Nasdaq 100 (technology stocks) is up to CVI 110.  The CVI Volatility number is less important than the velocity of the increase.  As of now, the S&P 500’s CVI has increased about 60% since mid-November and the NASDAQ’s volatility is up around 70% during the same time. That is a substantial increase.

With the S&P 500 off by -5.68% last week and had 4 consecutive down days of -1% or more, one probably wouldn’t assume that the market had much further to go before seeing a kickback.  The market volatility on Monday probably stemmed from a lot of negative investor psychology.

After seeing the volatility of last week, investors had time to let the market’s drawdown and negative emotion brew over the weekend.  We are all aware that the longer a person bottles-up negative emotions, the larger the eventual outburst or reaction.   In terms of the markets, many investors sold into the open and throughout mid-day, releasing the bottled-up stress from last week’s movement.  Now, it’s impossible to consistently predict the long-term market direction, but history tells us to expect to see a kickback or small rally in the markets.  Once investors reach the point where they throw in the towel, we tend to see the selling dry up followed by an opposite (short term reaction), some of which we saw late Monday as the S&P 500, which had previously been down -3.8%, finished slightly up for the day.

Reading about the markets and the rotation in the relative strength among the sectors means nothing without an action plan to benefit from it, particularly when dealing with volatile markets.

From Canterbury’s perspective, our Portfolio Thermostat was positioned for volatility in the markets.  While bonds have done very little to offset market risks in the last few months, there had been defensive tools available.  One tactic utilized by the Thermostat strategy was to own 3 inverse positions to stabilize portfolio fluctuations.  Inverse positions move in the opposite direction of their underlying asset.  So, if you have an “inverse Russell 2000” and the Russell 2000 is down -1%, the inverse would be up +1%.  These positions, coupled with the rotation to value sectors, have helped limit the volatility in the portfolio.

We saw the S&P 500 fall by more than -10% (through Monday’s intraday low), which is considered to be a normal bull market correction.  The big downside here is that it fell by -10% on high, increasing volatility, all in one direction, and in a matter of a few days instead of weeks.  If there is one thing we know from several studies, it’s that volatility goes both ways.  Even the worst bear markets have seen some of the largest up-days and rallies.  We are not in a bear market yet, but are beginning to see some key characteristics, such as volatility, come to the forefront.  So, what is the strategy from this point?

The recent move in the markets has occurred very fast.  Sharp, quick drops like the one the market is experiencing usually precede sharp, quick rallies.  It’s like the stretching of a rubber band—it’s only a matter of time before the drop is extended and snaps back to some degree.

To adjust for this, you need a strategy that can adjust its exposure to the markets, like the Portfolio Thermostat.  In other words, the Thermostat has been positioned correctly heading into this volatile move.  It can now rotate to adjust for a potential kickback, and then continue to make adjustments as the market fluctuates in both directions.

This has already been a lengthy update, so I will put the Bottom Line into some key bullet points: