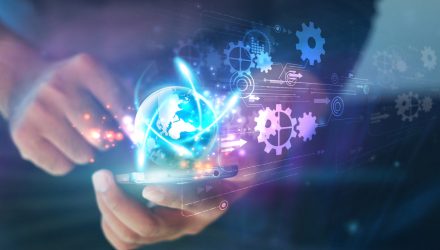 This week’s update will focus on three observations:

Without a doubt, volatility remains high in the markets.  The S&P 500 reached a new high in a few short months, following a -34% correction. There was no reason to believe the markets would be able to hold that high, given the irrational swings from high volatility.  An outlier day (+/-1.5%) had not occurred since early July, but so far in September, 5 out of the last 8 trading days have qualified as outliers.  Outlier days of +/-1.50% typically occur during inefficient and higher risk environments

The markets had been, and will still be, technology-led.  Technology-related stocks make up 40% of the S&P 500.  Naturally, whichever way those stocks go, the market (especially S&P 500) will tend to follow.  The Nasdaq (a technology-based index) has overstated the strength within the markets, following a historical run-up from the market lows.  In fact, during the March decline, the Nasdaq had a drawdown which was less than the S&P 500’s and followed that up with a higher run-up.  A few large names led this run-up: Apple, Amazon, Microsoft, Facebook, Google, Tesla.  Collectively, those 6 names make up 50% of the Nasdaq’s weighting and 23% of the S&P 500 (Tesla is not included in the S&P 500).

Over the past few days, those technology stocks have been hit the hardest.  We mentioned 2 updates ago that both Apple and Tesla were experiencing parabolic run-ups over a very short period.  Those movements would be unsustainable, and they were, for the short-term anyway.  Through Friday’s close, Apple is down -16.5% in just a few short days, and Tesla is down -25% (with a max decline of -34% through last Tuesday).  Volatility came in both directions.  A parabolic run-up was followed by a sharp drop seemingly out of nowhere.  Now, as to where those two stocks go from here, volatility can cause prices to widely fluctuate in both directions.  You may continue to see some sharp fluctuations, up and down.

Remember, the S&P 500, which measures the market capitalization of the largest 500 US companies, is not meant to be, nor is it, an efficient index.    The S&P 500 is going to go in whichever direction its largest components go.  Today, that happens to be technology.  If tech stocks are strong, then the S&P 500 will probably be strong as well.  But, as we have seen so far in September, if Tech stocks show weakness, the index will be dragged down due to the large weighting towards tech-related stocks:

The table above shows that there was a large decline in most sectors, but specifically in technology/communications.  The S&P 500 is almost 40% technology-related and performed worse than 8 of the 11 sectors due to this large tilt towards tech.

Stocks are driven by Supply & Demand and the actions/emotions/beliefs of investors.  That is why it is possible to have unsustainable run-ups as well as sharp drops seemingly out of nowhere.

Uncertainty was at its peak back in March.  No one knew what the impact of the Coronavirus would end up becoming, and even today, no one is too certain of its long-term impacts.  Back in March, due to uncertainty, stocks over-reacted by dropping steep and dropping fast.  Then, even when the news was at its worst, stocks ran up further than anyone could have imagined.

The run-up did not necessarily correlate to company profits/earnings or projections but was fueled by the actions of investors.  Many stocks, especially tech-related, saw parabolic advances.  Investors see huge runups in certain stocks and want to participate.  Eventually, expectations become over-inflated and there are no more buyers left, and only an abundance of potential sellers, who have high expectations.  Oftentimes, this leads to sharp pullbacks or more.

This is what has transpired recently in tech-related sectors, as well a select few other areas of the market.  Certainly, Apple is a great company; so is Microsoft, Google, and Amazon.  That does not mean that a great company will be paralleled by a great stock.  All stocks have the potential to experience unsustainable run-ups and sharp pullbacks or declines.

The goal of this update is not to make any specific predictions, but to make some observations:

This is why we want to be adaptive.  Markets can throw many different hurdles to confuse the masses.  A -34% drop back in March was highly unexpected an unprecedented.  Then, a historic run-up sees the markets push back higher.  This run was led almost exclusively by tech-related stocks.  Now, we see a large pullback in technology that surprises the masses again with a series of outlier days.  With an election in just a few months (and who knows how long it will be before we know the final results of that election), uncertainty and volatility may remain high in the markets.

Having an adaptive portfolio allows the allocations and holdings to be adjusted on a real-time basis.  When the markets dropped sharply, it was important to hold positions to avoid getting whipsawed (stabilizing the portfolio at a bottom right before the market gets a kickback).  Once the markets regained some of what was lost in the decline, our adaptive portfolio stabilized (by having long positions in technology-related sectors and inverse positions in weaker sectors) because volatility was still extremely high, and the probabilities were in favor of a retest of the prior low.

The Portfolio Thermostat has held a few technology positions because technology has been the strongest sector.  As those characteristics begin to change, the thermostat will make some adjustments to rotate its allocations.  Volatile markets require time to navigate and process to unfold.  Likewise, benefiting from a volatile market requires an adaptive process.