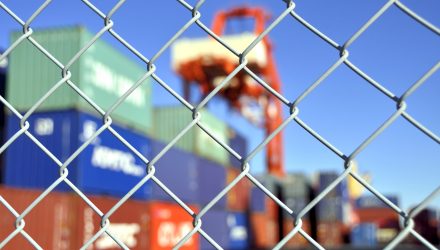 Tariffs – A Recent Concept Or As Old As America?

There is little doubt that the liberalization of the global economy and lower tariff levels has supported global economic growth. However, one could argue that while the globe as a whole has improved, US economic power has relatively declined compared as other nations have caught up (notably Europe and Japan a few decades ago and more recently China).

From that viewpoint, which seems to be shared by Trump, lower tariffs have not necessarily been good for the US, or at least certainly not for specific industries. Trump stands in contrast to his party as the Republicans (once associated with tariffs) have come to be identified with free trade while the Democrats are associated with protectionist trade policy. Though, the Democrats shift toward protectionism came in response to calls for help from labor unions facing competition from Asia, rather than being driven by industry as was the Republican’s case once upon a time. 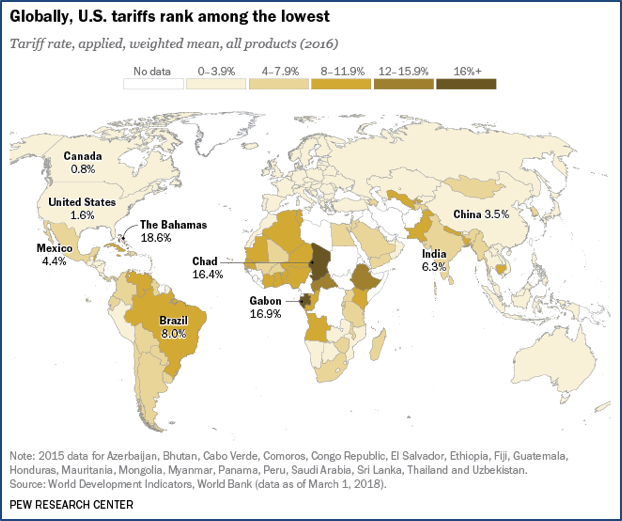 In the 80s and 90s, the two parties understood that in a modern global economy, free trade was the best solution. Bush briefly challenged that notion with his 30% tariff on steel in 2002 but this resulted in negative results (shortages, higher prices) for the industries that fed directly from the steel producers (autos, manufacturers) and resulted in higher costs passed on to consumers. The tariffs also resulted in the WTO greenlighting retaliatory tariffs in the EU, Japan, Korea, and China. The backlash was so strong that the Bush administration lifted the tariffs in 2003 (Nino). The free trade status quo has also been challenged by Trump since he’s taken office and has repeatedly stated his intent to protect American industry by levying tariffs on steel, aluminum, and all Chinese goods.

One of the biggest questions to come out of this recent tariff talk is what are the actual effects of the tariffs on the economy? Do they promote broad economic growth or simply support specific industries that are facing stiffer competition from imports? Simply put, it is hard to pass judgment on a given era of trade policy, be it protectionist or free, based on the economic growth that occurred as there are many other factors at play. Developments such as population growth and industrialization can have major effects on economic growth and be largely unaffected by tariffs. Nonetheless, history can give us at least some perspective. Presently, it’s far too soon to link the new tariffs under Trump and the strong growth but that doesn’t stop both sides of the issue from citing history for support. 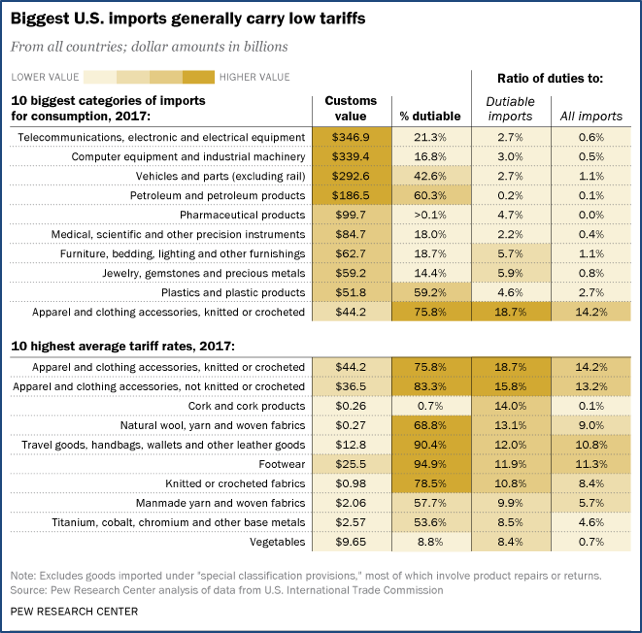 An excerpt from Baldwin’s US Trade Policy since 1934 provides a nice summary:

A survey of the economic literature on trade provides a clear picture of the effects of trade policy on the United States. There is near unanimity in the literature that trade liberalization has broadly benefited the United States, although assessments differ considerably about its precise effects. It is well recognized that the gains from trade liberalization are more widely dispersed than the losses, which may make the losses more apparent. However, the economy-wide benefits of trade liberalization are estimated to be positive even after taking into account the costs of adjusting an economy to trade openness. Another observation made in the literature is that further tariff reductions provide fewer gains to economic welfare when tariff barriers are already at very low levels. This is particularly true for the United States and other developed countries as their average tariff rates edge toward zero. Finally, recent economic literature has begun to include analysis of services barriers and nontariff barriers; reductions in these types of barriers are estimated to have a greater potential effect on welfare than can be currently derived from additional reductions in tariffs.

Accordingly, it appears that the benefits or drawbacks of tariffs were muddled in our nation’s infancy by other factors like population growth, war, and industrialization. It’s almost too hard to separate their effects out with the limited data available (and it’s still not easy to do today). As the US has matured and become an economic superpower, growth has slowed in recent decades. Part of this is simply the law of large numbers but part of it is also the rest of the world catching up, clearly benefitting from trade liberalization. For the globe as a whole, free trade is undoubtedly the right path. Trump thinks the US has been hurt by its generosity and wants to re-establish what he perceives as diminished US dominance.