You are at:Home»ETF Strategist Channel»Strong Economic Trends Should Ensure a Robust Christmas Season 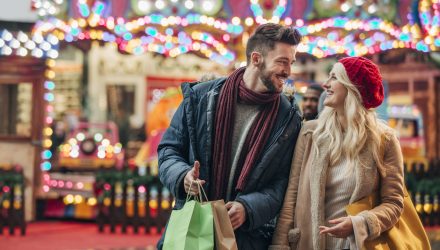 The Christmas Holiday shopping season kicked off last week starting with Black Friday (November 23) which is traditionally the busiest shopping day of the year. More than 160 million people are expected to shop over the five-day weekend (which includes Cyber Monday). The Christmas Holiday shopping season is incredibly important as 25%-30% of annual retail sales will take place over the next six weeks and the profitability of many retail companies depends entirely upon the success of this brief period.

One of the best sources of data on the consumer and what they intend to spend in this period is the National Retail Federation (NRF). They provide a forecast each year and update it frequently. Their total sales estimates exclude automobile sales, gasoline, and food services. Other prognosticators often include some or part of those factors, so it is the mix and the percentage change that matters when comparing forecasts. As you can see from the chart below the NRF expects holiday sales gains of 4.5-4.8% versus an average of 3.9% over the past five years. 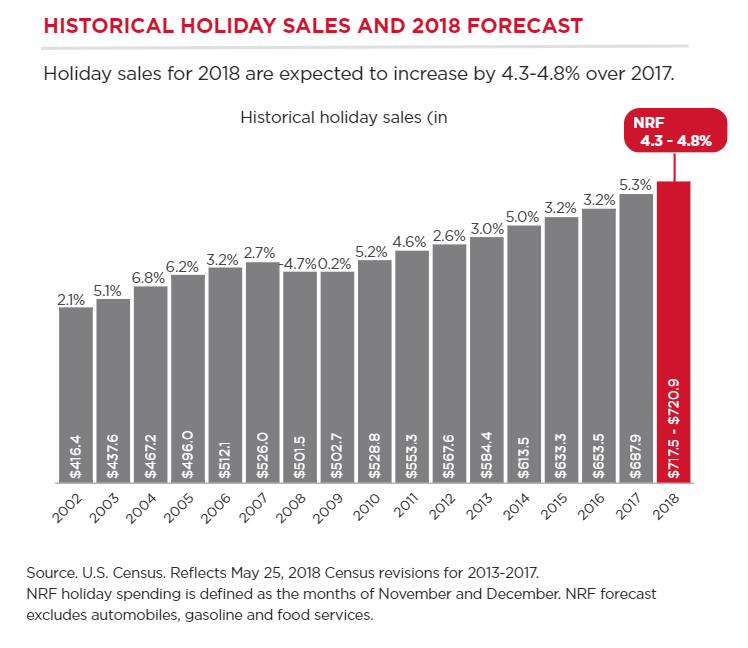 As the table above indicates the current projection by the NRF is smaller than the 5.3% gain posted a year ago, which in turn was the largest percentage change since 2010. For reasons we develop in this article, we believe that even though the economy is coming off a bit from its recent torrid pace, the gains will exceed the estimates posted by the NRF and possibly be the best gains achieved since 2005.

There are many sources which predict varying gains for the season although comparisons between the prognosticators can be difficult because of the aforementioned different definitions, time spans, and/or mediums (online v. offline, or combined). For instance, Gallup predicts that “sales growth of up to 6%” could be possible. Adobe Digital Insights has said “Consumers will spend $124.1 billion online this holiday season in the US which accounts for nearly $1 of every $6 spent shopping overall during November-December period … That’s 14.8% YoY growth.” (Note: that estimated growth rate is online only and not indicative of overall sales which would include results from brick and mortar sales). Deloitte also weighs in and has estimated that retail sales (of all types) will be up 5.0-5.6% above the levels in 2017.

We believe that depending on whichever prognosticator that one might follow, their estimates will be achieved … and then some. Why are we so positive that they will meet or beat their numbers? It is because the economy is in such great shape at this point in time and while we expect GDP to be slower in 2019 than 2018, there still is enough momentum to make this a notable Christmas selling season. Some of our rationale follows: 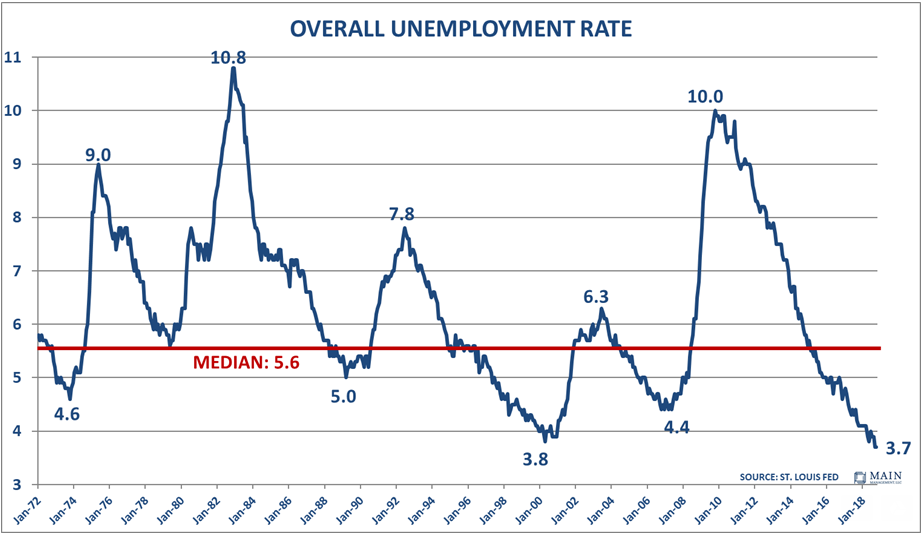 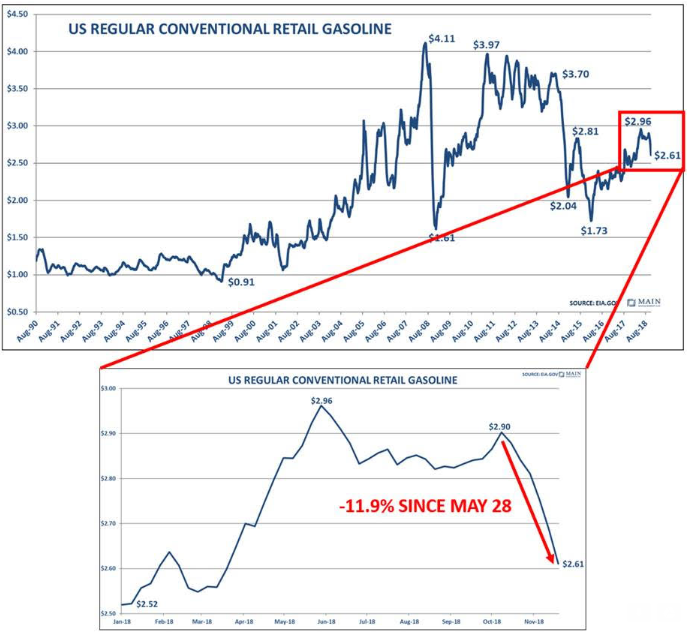 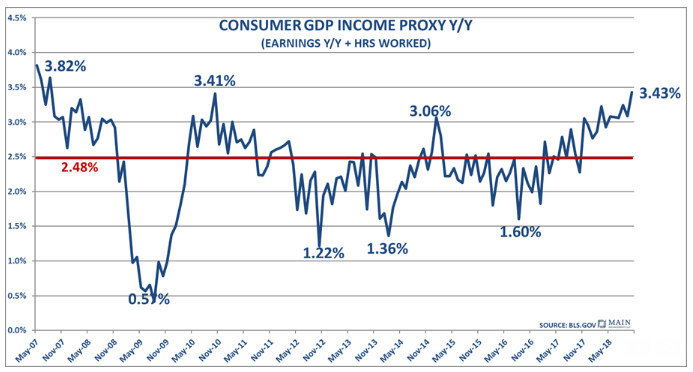 A couple of other measures

The two panels below shed some light on the economy that aren’t necessarily a direct consumer measure of strength. The first chart shows the container count for imports coming into the Port of Los Angeles, which is the largest in the country. We look at imports because they are an indication of good brought in for retailer’s inventory and you can observe a pattern where the numbers keep grinding higher. The Port of Los Angeles numbers are further confirmed by the figures just reported by Port of Long Beach, which is the second largest port in the country. The Port of Long Beach just closed out their October fiscal year with an annual gain of 7.4% in inbound container units handed and a record amount of containers handled for the month of October. No doubt some of the recent strength reflects some pre-ordering to manage inventory given the tariff situation between the US and China, but we also believe it reflects the desire of retailers to have inventory on hand because they anticipate a robust holiday sales outcome.

The second panel is one of former Fed Chair Alan Greenspan’s favorite indicators – corrugated boxes. With all the shipping done by Amazon, Fedex, and UPS, it is an indicator that shows the movement of goods across the country.