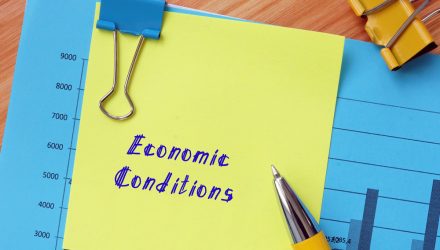 We think the recent strength in the economy and labor market, coupled with persistent inflation, will push the U.S. Federal Reserve (Fed) to end its bond purchases and begin to hike short-term interest rates sooner than previously expected.

Our work also suggests that while the rate of inflation will ease, it will likely remain above the Fed’s average inflation target of 2% for years to come. Due to a combination of COVID related price declines, such as in energy, as well as the Fed’s renewed focus on inflation, market-based inflation expectations have declined to still elevated levels of 2.84% on average over the coming 5 years and 2.47% on average over the next 10 years. Again, these levels are well above the Fed’s 2% target and higher than rates experienced during the previous business cycle (exhibit 2).

With a strong labor market and persistently high inflation, the Fed should be motivated to curtail its bond purchases and raise interest rates faster than expected. Still, we think the current economic momentum is strong enough to absorb these changes in stride. For example, the Institute for Supply Management (ISM) Manufacturing and Service Sector Purchasing Manager Indices (PMIs) remain elevated (exhibit 3). In fact, the November Service Sector PMI made a new all-time high by rising above the October level, which was already a record as demand for services remains strong.

We expect the 10-year rate to increase by roughly 1% from here due to persistent inflation and continued economic growth. Meanwhile, short-term interest rates will likely rise to more than 2% over a series of interest rate moves as the Fed shifts from a focus on supporting economic growth and jobs creation to taming inflation over the coming two or three years.

Similar to the pattern we saw in the previous business cycle (exhibit 4), we expect the Fed to incrementally raise short-term interest rates over a number of meetings. One key difference with the pending rate increase cycle is the stronger inflationary pressure this time around. This inflation may cause the Fed to move at a somewhat faster pace than the previous cycle.

While we think that economic momentum is strong enough to absorb a change in Fed policy, some areas of the market will likely be more vulnerable than others. For example, equity markets tend to shutter with an initial Fed rate hike.

Though the volatility may pass quickly, tighter monetary policy poses a threat to areas of the market with stretched valuations or that are more economically sensitive. This is where active and tactical management can help navigate such a changing environment. To manage these risks, we favor specific sectors, such as financials, health care, and information technology.

Recent volatility has shifted the Cash Indicator (CI) around the low end of its normal range. The recent low levels have suggested some complacency in markets which tends to lead to increased volatility. As expected, the forces of reversion to the mean kicked in and volatility began to increase but only into a more normalized range. Overall, we remain fully invested and we are seeing tactical opportunities to both manage risk and take advantage of potential for gains.