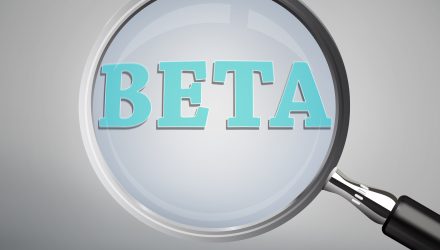 We have often stated that the growth of the ETF industry is fueled by two distinct factors:

In this week’s TETF.index industry update, we wanted to focus on one of the oldest yet least understood ETF innovation factors: Smart Beta.

This term has been used for over a decade and yet there is no agreed-upon industry definition of Smart Beta. We tried to tackle this in a paper in 2014 but were only able to find one definition at that time. In our more recent searches, we found many more definitions, but no consistency. Most definitions were self-serving and designed to market a specific product, and many academics simply dismiss the term altogether. Our index committee took on the task of reviewing the various research tools (Bloomberg, ETF.com, Morningstar) and found that although no one agrees on an exact definition, most agree on Smart Beta’s importance. Additionally, these sources agree that Smart Beta represents about 25% of US ETF assets and as much as 60% of US-listed ETFs. Clearly, this means that the majority of new listed ETFs are trying to be “smart”  because the traditional indexes are all covered by ETFs.

Considering the size and impact on the ETF industry, we felt Smart Beta required more understanding and potentially a true definition. The internal debate was complicated, but this is the end result:

Smart Beta is defined as any passive ETF that is not traditional Beta.
Traditional beta is any ETF that tracks an investable index solely based on market cap, geography, or sector.

In the end, we defined Smart Beta by excluding active and traditional beta. We hoped the debate would end there, but we decided to test the definition by asking a simple question: What was the first Smart Beta ETF?

In 1993, the first US-listed ETF, SPY, was launched to track the S&P 500, and almost everyone agrees this is traditional beta. The next wave of launches came in March 1996 with a suite of single country ETFs like iShares MSCI Italy Capped ETF (EWI). Notice the word “Capped,” which means they are not simply market cap weighted, but some positions are capped to make the ETF investable and adjust for large conglomerates in certain countries. Some could argue that capping is “smart,” but under our definition, this is still traditional beta due to the “investable” clause.

In January 1998, the SPDR® Dow Jones Industrial Average ETF (DIA) was launched and this represents the first true test of our definition. Here is how ETF.com describes DIA:

“Despite the name recognition that comes from tracking the Dow and its own popularity, DIA is not the ideal ETF for investors who want broad-based exposure to US large-caps. The fund’s tiny (narrow) portfolio, arbitrary selection, and antiquated weighting produce significant sector biases relative to the market and cover only a fraction of the large-cap space, typically represented by hundreds of names. Stocks are price-weighted, not cap-weighted…”—ETF.com

OK, so the index constituents are “arbitrarily” selected by a committee and price weighted rather than market cap weighted. That said, the index is over a hundred years old and commonly thought of as traditional beta. It certainly does not meet our definition of Smart Beta, but is this somehow the exception to the rule based upon an arbitrary process that covered a much smaller market? Let’s not forget that a hundred years ago, the number of public companies was far smaller.