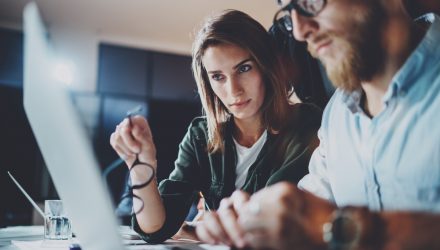 If you have not already done so, I would recommend checking out Canterbury’s video that was posted last week.  It is a powerful update that provides a lot of context to today’s market structure:

Throughout many updates in this year, we have talked about the weakness of certain asset classes in comparison to large cap stocks (the S&P 500 is an index composed of large cap stocks).  In this update, we will take an opposite approach and say that many segments of the markets, that have previously lagged, are now gaining relative strength over large cap equities.

Small cap stocks, such as the components of an index like the Russell 2000, have certainly felt the impacts of the Coronavirus market panic more than most other equities. While the S&P 500 fell by -34% from peak to trough back in March, small cap equities saw a larger decline of -41%, and a smaller rally off the lows. 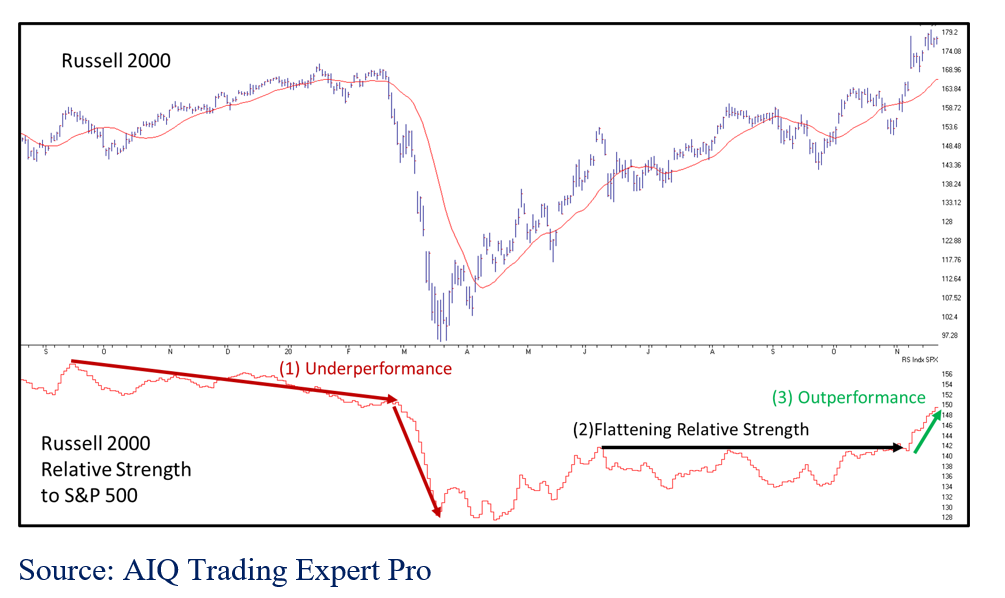 You can see that while the Russell underperformed from the end of 2019 well into 2020, it had a period of flat relative performance, and is now starting to outperform again, with some strength it has not seen in quite some time.

Canterbury ranks/rates over 100 equities each trading day (plus alternatives), on a risk adjusted basis.  One thing that has become clear over the past few weeks, is that international stocks, particularly in the emerging markets/Asia pacific areas have been on the rise.  Out of the top 20 highest risk-adjusted ranked securities, 15 of them are either international countries or regions.

The S&P 500 is a cap-weighted index, meaning that the largest stocks have a bigger impact on the index’s movements. This is why a sector like Technology, which contains many of the top stocks in the S&P 500 can make up 40% of the index.  An equal weight S&P 500 applies the same weighting to the individual 500 stocks, so a security like Apple, the largest S&P 500 stock, has the same impact as the smallest security in the index.

Notice in the following chart that shows the Equal Weight S&P 500’s relative strength versus the cap-weighted S&P 500.  It has struggled to gain any momentum over the cap weighted index all year, but has recently started to outperform. 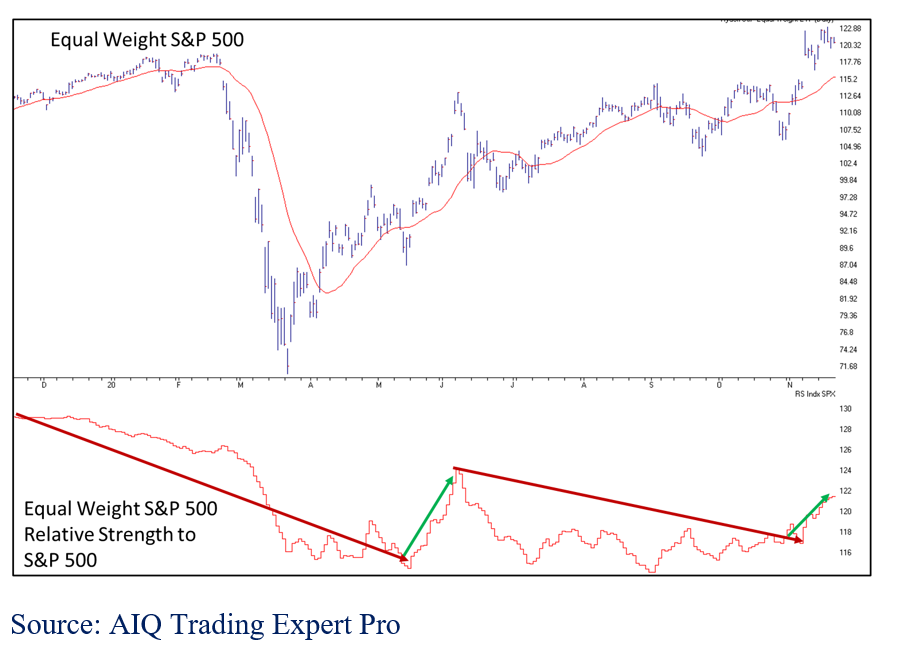 Bottom Line- Why are we seeing strength in these areas now?

What do the Russell 2000 and the Equal Weight S&P 500 have in common that would make them see an uptick in relative strength over the S&P 500?  The answer is that they have a lower weighting towards technology-related stocks.  While technology stocks make up 40% of the S&P 500, they only make up 13% of small cap stocks and 15% of an equally weighted S&P 500.

The fact is that Technology has been weaker relative to other sectors over the past few weeks.  While it is healthy to see other sectors start to show some leadership, which has not been seen too often over the past year, it is also dangerous for many markets.  Indexes were not created to be efficient portfolios, and a market index like the S&P 500, which has 40% of its weight in technology, is far from being efficient, and has a lot of risk should technology’s bubble formation (which is discussed in last week’s video) “pop”.

The advantage investors have in markets, that indexes do not have, is liquidity and the ability to adapt.  That is why the Portfolio Thermostat, Canterbury’s adaptive portfolio strategy, was developed in the first place.  Buying and holding market indexes subjects investors to any potential large bear market that will eventually come.  We are now seeing some rotations away from technology stocks and towards other areas of the market, like international stocks in particular.  As the market environments continue to change rapidly, the Portfolio Thermostat will continue to monitor and adapt its holdings to whatever market environment comes next… bull or bear.