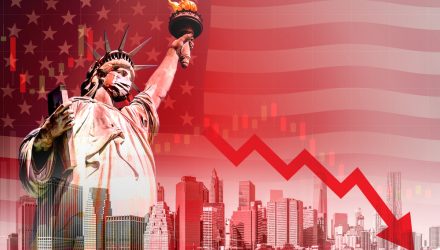 The U.S. economy peaked in February and began a recession in March. Our work suggests that the current recession will likely end in July with the economy again expanding thereafter. If that is the case, then the current recession would be the shortest in U.S. history dating back to 1854. According to the National Bureau of Economic Research (NBER), a recession is a significant decline in broad economic activity that lasts more than a few months. They are normally visible in real gross domestic product (GDP), real income, employment, industrial production, and wholesale-retail sales. A recession begins just after the economy reaches a peak of activity and ends as the economy reaches its bottom or trough. On the other side, between the trough and peak, the economy is in an expansion.

High frequency data suggests that the pace of the U.S. economic decline was the most intense in April and has been softening since then. Though the economy is still likely to be in recession for weeks to come, the picture is becoming somewhat brighter in our view. For example, Apple’s mobility trends data, which features daily changes in requests for directions by transportation type, reflects a recovery in driving and walking, while public transit usage requests remain relatively muted. 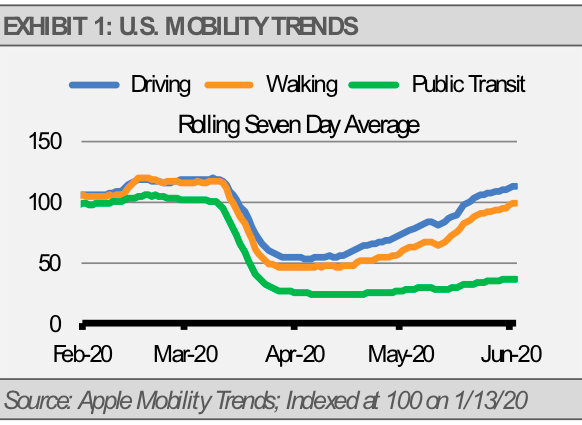 In addition, after falling hard during the government mandated economic shut down, demand for trucking has increased as the economy slowly reopens (exhibit 2). 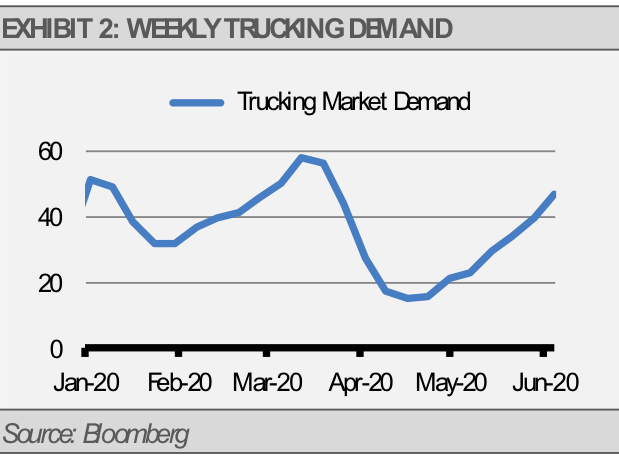 The employment situation is beginning to look brighter as well. For instance, the pace of layoffs, as measured by the cumulative initial jobless claims, has slowed.

Meanwhile, continuing claims (the number of those still unemployed and filing for unemployment insurance) peaked in early May and has started to decline. This decline suggests that millions of Americans are already going back to work as the U.S. economy slowly begins to reopen. 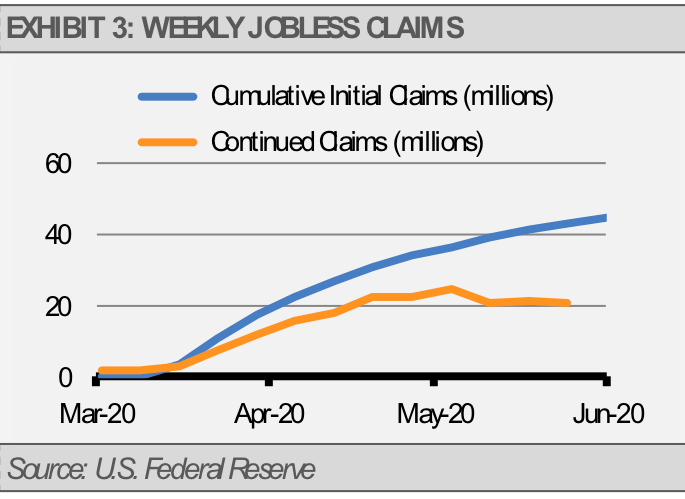 It will take some time for the number of unemployed to get back to where we were prior to the shutdown, but it is less bad than it was and less bad must happen before we get back to good.

Taken together, these indicators and others suggest that the U.S. economy is reaching a turning point and may resume growth in the coming weeks. We are optimistic that as the economy re-opens, economic growth can return more quickly than people realize.

We think that the biggest risk to our forecast is the potential for a second wave of the coronavirus outbreak. We will continue to keep an open mind as new data becomes available and will be ready to take more defensive actions should our outlook deteriorate.

The Cash Indicator (CI) has continued to decline to more normal levels. This suggests that financial markets are functioning properly and is consistent with our view that conditions continue to improve. 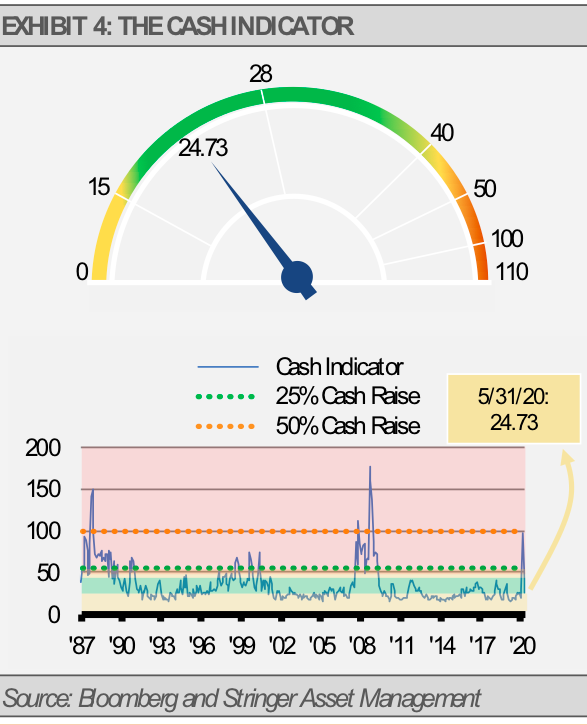