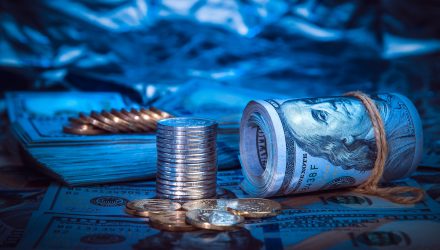 A Shift In Fed Policy Could Spur Higher Stock Prices

We think recent data is setting the stage for the U.S. Federal Reserve (Fed) to pause their rate hikes. This shift in future policy could be embedded in the language from the next Fed policy announcement following its December 19th meeting, and could be the catalyst for a stock market rally.

Our economic models and analysis suggest that the pace of economic growth in the U.S. has peaked. For instance, the latest readings of real and nominal GDP growth reflect a declining growth rate. We prefer to focus on nominal GDP due to its inclusion of inflation and its relationship with corporate revenue growth and long-term interest rates. We expect both measures of economic growth to continue to decline towards their long-term trend in the quarters ahead for a variety of reasons. 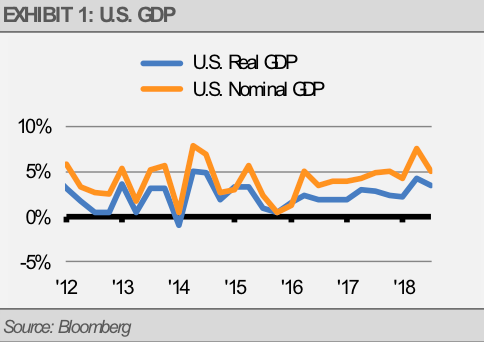 First, some of the recent drivers of economic growth have already begun to slow. Manufacturing PMI and export growth still reflect positive growth rates, but at a slower pace than in recent quarters. Manufacturing output continues to expand at a solid pace, but the combination of the slowdown in global growth and the sharp fall in crude oil prices, among other factors, are likely to weigh on economic activity in the coming months. For example, the steep decline in oil prices suggests that drilling activity will decline going forward until prices stabilize. 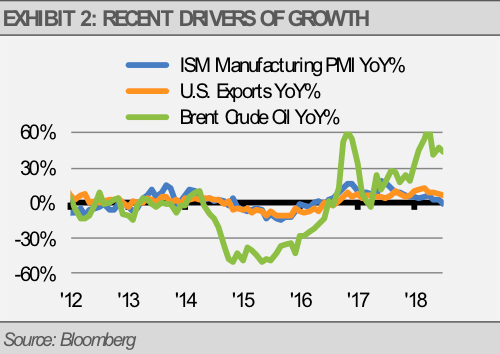 Additionally, the residual effects from strength in the U.S. dollar will likely weigh on exports in the near-term. As Fed policy tightens with rate increases relative to other central banks, it creates upward pressure on the U.S. dollar and a headwind to export growth while the positive effects from fiscal stimulus, such as corporate tax cuts, fade and diminish domestic activity.

Finally, we think the collective yawn by the bond market in response to faster GDP growth in previous quarters confirms this view. If accelerating growth were to persist, long-term yields and market-based inflation expectations should have risen further in our opinion, yet these measures have begun to decline as well.

For example, market-based inflation expectations, such as the difference between Treasury Inflation Protection Securities (TIPS) and the yield of regular U.S. Treasury securities with the same maturity dates (the TIPS spread), has declined from recent highs. The TIPS spread peaked below the July 2014 high when jobs creation topped, and GDP was running as 5.1% annualized in Q2 2014 and 4.9% annualized in Q3 2014 compared to the most recent readings of 4.2% in Q2 2018 and 3.5% in Q3 2018. The bond market seems to be suggesting that the burst in GDP growth will fade. 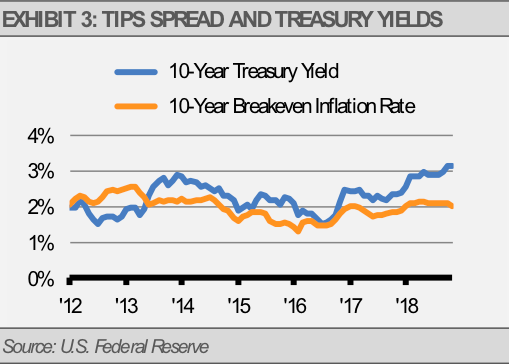 Although these events do not sound particularly constructive, they may foretell some positive things to come. A slowing in the pace of economic growth and inflation is relatively good news in our opinion because we think that it will cause the Fed to scale back its planned interest rate hikes before they cause the yield curve (the difference between long-term and short-term interest rates) to invert, choke off liquidity, and maybe even cause a recession next year. We expect the Fed to raise interest rates one or two more times and then pause, which should allow slow growth to continue. In fact, we think that the current economic growth can continue for at least another year, and probably longer.

The CME Group FedWatch Tool, which measures market-based expectations for future Fed rate hikes, has recently shown a decline in the probabilities of more than two rate hikes from this point. Judging by this measure, it seems that the market is moving towards our expectation for the pace of rate hikes to slow.