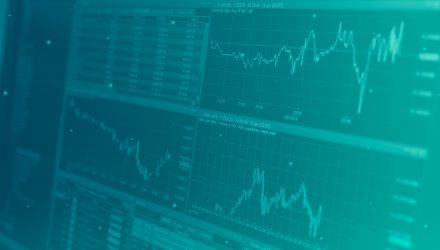 Rising Rates are a Headwind for US Large-Cap Index Stocks

Longer duration assets such as the growth heavy NASDAQ-100 index fell 8.9% while the iShares 20+ Year Treasury Bond ETF (TLT) declined 10.6%. The bond market fell as interest rates rose with the Bloomberg Barclays US Aggregate Bond Index falling 5.9%. The yield on the US 10-year Treasury increased from 1.51% on December 31, 2021, to 2.32% on March 31, 2022, and the iShares iBoxx $ Investment Grade Corporate Bond ETF (LQD) was down 8.4%. The iShares MSCI Brazil ETF (EWZ) was up 34.7% and the Brazilian Real was the best performing Emerging Market currency which was up 17.6% versus the US Dollar. The VIX index rose 19.4% in Q1 amidst concerns of higher inflation, tighter monetary policy, and the Russia-Ukraine conflict.

Higher inflation readings were key drivers for rising interest rates and the rotation out of growth stocks and into inflation sensitive assets. The CPI (Consumer Price Index) rose 7.9% year over year in February, in line with estimates and topping January’s increase of 7.5%. Month over month, February CPI rose by 0.8%, surpassing the expected 0.7% gain and above January’s 0.6% rise.

The PPI (Producer Price Index) rose 10% year over year in February, in line with consensus and up from January’s gain of 9.7%. Month over month, February PPI rose 0.8%, coming in softer than the expected 0.9% increase and below January’s rise of 1%.

The Federal Reserve has been communicating an ever increasingly hawkish message since December as it attempts to reign in the highest inflation seen in the US since the early 1980’s. This has led to a notable repricing in rate hike expectations. At the FOMC meeting on Wednesday, March 16th, the Federal Reserve raised short-term interest rates by a quarter of a percentage point. This was first interest rate hike since December 2018, and it is anticipated to be the first of many in 2022 as the committee indicated there would be additional hikes at each of the six remaining meetings this year. Officials sees the consensus rate to be 1.9% by the end of 2022 followed by three more rate hikes next year. Given the tighter monetary policy the Fed has laid out, officials have estimated that the US will experience slower economic growth this year as rates increase and inflation remains elevated.

Yield spreads have fallen sharply in 2022 and parts of the curve have either already inverted or are close to inverting. Yield curve inversions are thought to be indicators of impending economic downturns. They also make operations of banks more challenging as they usually borrow at short-term rates and lend at long-term rates. As seen in the Bloomberg chart below, we have seen a recession (light blue shaded line) when the 2-year and 10-year yield curve has inverted. 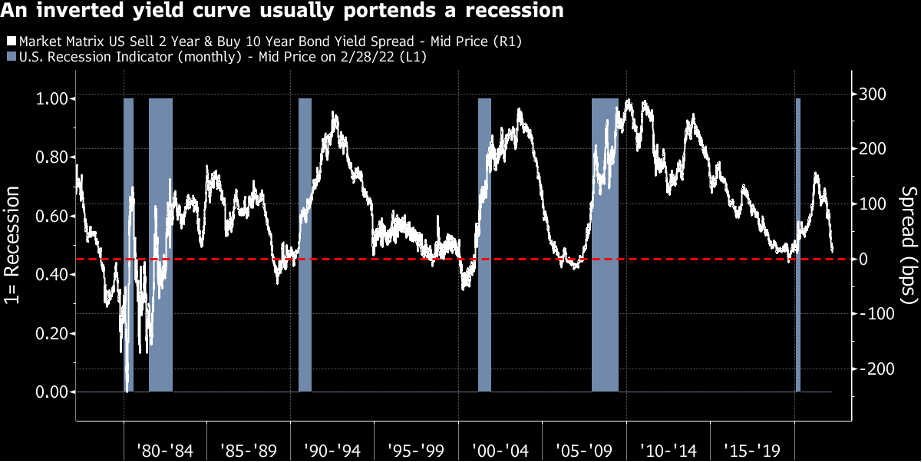 The Market has gotten More Comfortable with the Russia-Ukraine Conflict

On Thursday, February 24th, Russian President Vladimir Putin launched its invasion of Ukraine. As investors have navigated through the geopolitical and economic uncertainty, the US has recouped most of its losses as the S&P 500 Index is up almost 6% since the invasion and through the end of March. Europe is more exposed to the risks of the conflict as they are more economically linked with the countries. We remain concerned that Europe can go into a recession given its exposure to Russia.

What’s the Next Catalyst?

As the inflation outlook remains heightened, investors will likely be paying strong attention to March US CPI levels which will be released on Tuesday, April 12th. Moreover, the next FOMC Meeting is scheduled for May 3rd – May 4th. Market participants will likely focus on the possibility of any inter-meeting rate hikes which could cause heightened levels of volatility if unanticipated. The size of the next increase, whether the hike is 25bps or 50bps, is also likely to be debated by the market in the coming weeks.

Rising Rates are a Headwind for US Large-Cap Index Stocks

As shown in the chart below from LPL Research, historically higher interest rates have tended to result in lower S&P 500 Index valuations. We think this is a headwind for US large-cap index stocks which currently have elevated valuations. Fortunately, there are many other parts of the global equity spectrum which have lower valuations and offer a margin of safety. We think continuing to tilt away from US large-cap index stocks is an attractive value proposition. 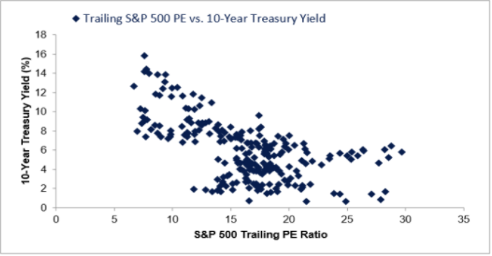 Source: LPL Research, FactSet. Data from March 1962 through March 23, 2022. Indexes are unmanaged and cannot be invested in directly. Past performance is no guarantee of future performance. PE = price/earnings ratio.

Inflation was notably lower over the past decade as interest rates fell and the overall cost of capital was cheap. Our view is that these dynamics spurred the growth of the technology sector which resulted in lower prices for goods and services which dampened volatility. Those forces are now working in reverse as interest rates and inflation are rising. We’ve had an out of consensus view that inflation would be higher than most were expecting. Supply chains were negatively impacted due to Covid plus there were significant amounts of liquidity pumped into the system by governments and central banks. These factors translated into more demand while supply was limited resulting in higher inflation.

Many inflation-sensitive assets are still trading at a discount to the market and offer a relatively attractive margin of safety compared to the broader US large-cap core index and growth indices. For instance, the S&P 500 Energy sector trades at an 11.5 PE ratio based on 2022 estimates while the S&P 500 Index trades at 20.2 PE ratio based on 2022 estimates. We believe there are three notable risks that the economy faces:

Will the economy be able to withstand these risks without going into a recession? Only time will tell, and we plan on addressing these risks in our next monthly commentary.