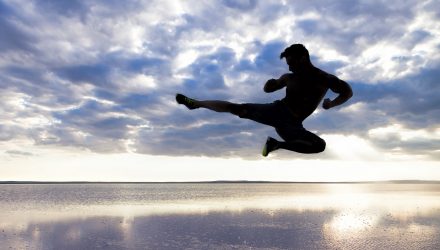 If the shape of the yield curve is any indication, the Federal Reserve and investors are locked in a battle of divergent expectations. In a normal market, the yield curve should be upwardly sloping and reflect both inflation expectations and economic growth anticipation. However, the flatness of the yield curve is currently reflective of a Fed committed to a path of quantitative tightening combined with a continued demand for long-dated U.S. Treasuries, which has helped keep longer end rates largely in check.

Fed fund futures appear to be anticipating the Fed will hit the brakes on rate hikes in 2019, while the Fed dot plot is suggestive of continued hikes through 2020, providing further evidence of divergent opinions from segments of the market.

Those rates were fast as lightning

U.S. Treasury rates are finally catching their breath after a roller coaster of a quarter. The 10-year U.S. Treasury rates hit the highest levels since 2011 while the 2-year U.S. Treasury rate topped 2.6%, the highest since 2008. Over the past three months, the 10-year U.S. Treasury rate increased from 2.73 to 3.11%, prior to rallying back to 2.86% at the end of June. Unlike their longer counterparts, short term rates have held onto the new higher levels as the Fed continues on their path of tightening monetary policy. Higher rates, in general, are a bit of a conundrum for the market, since on one hand, rising borrowing costs could threaten an equity bull market that has been largely fueled by lower rates, but on the other hand, rising rates would certainly give support to the belief that the economy is firing on all cylinders. But is everything as it seems?

While many market pundits were eagerly anticipating 10-year rates heading above the key 3% level, the inability of rates to hold above this psychological mark is pretty telling. The confidence of investors to bid bond yields up beyond 3% is paper thin, and the general flatness of the yield curve seems to be telling a story contrary to that of the Federal Reserve. Typically higher yields are demanded from the market when investors believe that inflation, a key metric that the Fed aims to control, is increasing. Yet, the spread between two-year and ten-year notes are at the lowest in over a decade and could very well be a better barometer of economic health than unemployment figures or housing starts.

But really it was not that frightening…

Despite the vacillations in the rates market, there are several positives for investors to focus on. One is an increase in short-term rates, an increasingly positive net benefit to savers. For example, the U.S. Treasury 3-month bill money market yield has increased almost 51 basis points this year to 1.95%. With almost a decade of rates in the single basis point range, the run up, which started in earnest in late 2017, seems poised to continue.

Another positive in the market right now is that the mere threat of a yield curve inversion may be enough to cool the jets of the Federal Reserve. Historically, yield curve inversions have been precursors of a broader recession. It should be noted that several Federal Reserve officials have been vocal on trying to avoid such an outcome. While other financial pundits, such as former Fed Chairman Alan Greenspan, are in the camp that believes the flattening shape of the yield curve and a recession are not coterminous.

Municipal bonds have historically performed better in Fed tightening cycles. During past Fed hiking cycles, muni/Treasury ratios have declined, meaning that muni bond prices increased by a larger amount relative to Treasuries. This makes the current move higher of the ratios over the past month all the more attractive. The yield curve could flatten even more as the short end rises with future rate moves by the Federal Reserve, while long-term rates remain impacted by larger macro issues.

Lastly, portfolio allocations using barbell strategies appear poised to perform well in the current flattening yield curve environment. The benefits of a barbell portfolio include the ability to reinvest the proceeds (liquidity) of shorter term bonds at higher rates, thus providing the opportunity for higher yields than a traditional bulleted portfolio approach. The strategy also provides the potential for higher yield income from longer dated bonds. With long duration bonds more sensitive to price fluctuations, diversification in both ends of the yield curve could provide price protection.

Jamie Mullen is a Senior Portfolio Manager at Clark Capital Management, which is a participant in the ETF Strategist Channel

Past performance is not indicative of future results. This is not a recommendation to buy or sell a particular security. Please see attached disclosures. Forward looking statements cannot be guaranteed.

The opinions expressed are those of the Clark Capital Management Group Investment Team. The opinions referenced are as of the date of publication and are subject to change due to changes in the market or economic conditions and may not necessarily come to pass. There is no guarantee of the future performance of any Clark Capital investments portfolio. Material presented has been derived from sources considered to be reliable, but the accuracy and completeness cannot be guaranteed. Nothing herein should be construed as a solicitation, recommendation or an offer to buy, sell or hold any securities, other investments or to adopt any investment strategy or strategies. For educational use only. This information is not intended to serve as investment advice. This material is not intended to be relied upon as a forecast or research. The investment or strategy discussed may not be suitable for all investors. Investors must make their own decisions based on their specific investment objectives and financial circumstances. Past performance does not guarantee future results.

This document may contain certain information that constitutes forward-looking statements which can be identified by the use of forward-looking terminology such as “may,” “expect,” “will,” “hope,” “forecast,” “intend,” “target,” “believe,” and/or comparable terminology (or the negative thereof). No assurance, representation, or warranty is made by any person that any of Clark Capital’s assumptions, expectations, objectives, and/or goals will be achieved. Nothing contained in this document may be relied upon as a guarantee, promise, assurance, or representation as to the future.

The Dow Jones Industrial Average is a stock market index that shows how 30 large publicly owned companies based in the U.S. have traded during a standard trading session in the stock market.

The MSCI EAFE Index is a free float-adjusted market capitalization index that is designed to measure the equity market performers of developed markets outside the U.S. and Canada.

The MSCI Emerging Markets Index is a freefloat-adjusted market capitalization index that is designed to measure equity market performance in the global emerging markets.