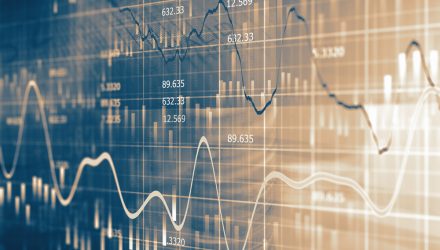 Financial markets have begun to price in the possibility that the U.S. Federal Reserve (Fed) will reduce, or taper, its purchases of U.S. Treasury and mortgage-backed debt. On the surface, one would expect that a very large purchaser of U.S. Treasuries stepping back from that market would lessen demand, cause prices to slip, and yields to rise. Indeed, long-term U.S. interest rates have again begun to move higher. We think that these interest rates will continue to move higher over the coming 12-18 months in fits and starts. 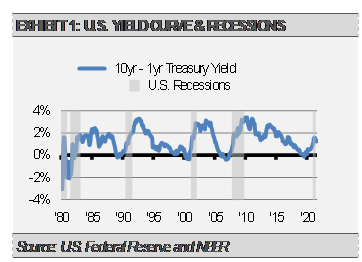 We think that the U.S. economy is currently in such a recovery stage. However, we also think that there are powerful forces at work that will keep the 10-year Treasury yield from spiking to levels seen during the previous business cycle. As historically low interest rates keep a lid on debt service costs and limit mortgage interest rates, we view this relatively muted yield outcome as a strong positive for the U.S. economy.

These forces tempering long-term rates include the massive amount of cash, or liquidity, sloshing around the global financial system, as well as the relatively low cost for global institutional investors to purchase U.S. Treasury bonds, which also supports prices and limits yields.

Historically, the 10-year U.S. Treasury yield traded within a range relatively close to the 10-year German Bund (exhibit 2). However, as central bank policies began to differ in the early-to mid-2010s, these yields began to diverge. 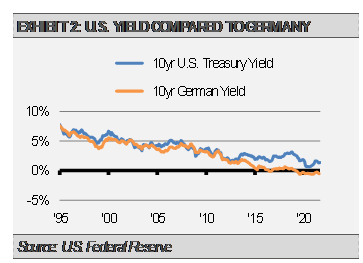 Around that time, the Fed began to increase short-term interest rates as the U.S. economic recovery from the global financial crisis solidified. Meanwhile, the European Central Bank (ECB) was struggling to deal with the European debt crisis, including the Greek default. Contrary to the Fed’s policy tightening, the ECB kept euro zone short-term interest rates pegged near zero.

The U.S. dollar strengthened versus the euro and the cost for foreign investors to hedge their U.S. dollar exposure increased. When an investor hedges foreign currency exposure, they are effectively borrowing in that foreign currency and lending in their own. The difference between these two interest rates influences the cost of the hedge. As short-term interest rates between the U.S. and the euro zone diverged, costs to hedge the U.S. dollar for foreign investors increased. This increased hedging costs explains much of the difference in yield between long-term U.S. Treasury bonds and the German Bund.

The expense to hedge currency essentially negated the increased yield a foreign investor would receive for owning U.S. Treasuries versus the Bund.

We are in a different situation today. In response to the economic impacts of the global pandemic, central banks around the world, including the Fed, lowered short-term interest rates.

With short-term interest rates expected to be lower for a longer period of time, the costs for foreign investors to hedge their U.S. dollar exposure has declined. Today, foreign institutional investors can purchase 10-year Treasuries, capture a higher yield than their domestic sovereign bonds pay, and hedge their U.S. dollar exposure at a nominal cost.

This relatively attractive situation for foreign institutions should result in increased ownership of U.S. Treasury debt by foreign institutions, thus replacing the demand for U.S. Treasuries by the Fed as they step down their purchases. Foreign demand for U.S. Treasuries should help keep a lid on long-term U.S. interest rates. We expect this situation to persist until the Fed has sufficiently increased short-term interest rates and the divergence between short-term interest rates in the U.S. and foreign countries again appears.

While we do expect the 10-year Treasury yield to move higher, we think the average rate during the current business cycle will be lower than what would have been the case without so much foreign demand and well below what we saw during the previous business cycle. Instead of averaging 3% or more, we may see an average of only about 2.5%.