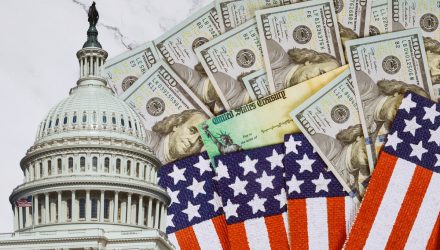 What started as a concerted effort by government entities including the U.S. Treasury and the Federal Reserve to help stimulate the U.S. economy during the depths of the COVID economic crisis has resulted in over $1 trillion looking for a home.

At the same time Congress was passing fiscal stimulus packages worth trillions of dollars, the U.S. Treasury expanded its General Account by issuing debt to generate funds to pay for these initiatives. The Treasury’s General Account more than tripled in a matter of months from $432 billion in January 2020 to a peak of $1.82 trillion in July 2020. As the economy recovered and with the debt ceiling looming, the Treasury then began to reduce the size of its General Account by repaying Treasury Bills, which are short-term debt. Money Market Funds are some of the largest holders of Treasury Bills. With few options to earn a return with this money coming in, Money Market Funds began using the Federal Reserve’s Reverse Repurchase Program (Repo).

Within this facility, the Federal Reserve sells Treasuries on a short-term basis in exchange for cash. As the Treasury’s General Account shrank, the size of the Reverse Repo facility expanded from $134 billion on March 31st, 2021, to $1.7 trillion on December 17th, 2021.

Money Flows Where It Is Treated Best

The Reverse Repo facility only pays 0.05% on assets. As the Federal Reserve raises short-term interest rates in the coming months, much of this liquidity will flow out of the Reverse Repo facility and into other areas. While some of this money may go to purchasing additional Treasury Bills, the Treasury is unlikely to expand its General Account anywhere close to the size we saw during the crisis. Higher short-term interest rates will likely draw much of this $1.7 trillion to other areas of the debt market and eventually into the real economy.

These money flows may be a significant source of stimulus in the coming year or beyond. As we have seen, stimulus can support the economy as well as asset prices.