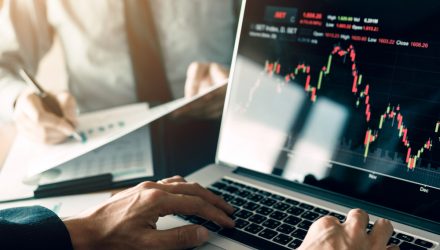 In what now seems like a very long time ago Q1 2020 started out in uneventful fashion as the 2019 rally continued with just a few hiccups. The S&P500 even managed to make a new all-time-high on February 19 before a significant rout began that took the Index down by 35% from the peak in 5 weeks. The market was able to ignore the COVID-19 epidemic early in the year, when it was thought to be contained to China and a few other Asian countries, but when it spread to Europe and the US, the negative implications for global growth became apparent and investors started rushing for the exits. At this point, with various lock-downs still in effect in Europe and the US, it is very difficult to assess the final impact on the economy other than to say it will be very significant. At the same time, governments and central banks are committed to mitigating the negative growth impulse with unprecedented amounts of fiscal and monetary stimulus which will serve as an important counter-balance. It is simply too soon to say when and where this episode will end but some hope can be gained from the fact that despite widespread political uncertainty and dysfunction, authorities in many countries appear to have been able to respond quickly with significant plans both to protect their economies and slow down the spread of the virus.

The impact on corporate profits from the sudden stop in the global economy is hard to quantify at this point but a good place to start framing the problem of valuation would be to look at what we do know.

There is no doubt that governments and central banks as well as the IMF and other institutions are serious about providing timely counterbalancing measures in the form of stimulus, easing of regulations and emergency funding to minimize the impact from the current crisis. These measures are made infinitely cheaper to finance through debt issuance when, as is now the case, real interest rates on government bonds are negative throughout the developed world. However, the debt increase will at some point most likely lead to higher interest rates when near-unlimited supply of new issuance meets higher inflation expectations as the global economy recovers.

We expect that in an environment with rising interest rates and rising inflation, assets that produce real returns will be preferable over fixed income securities. This would suggest that equities should attract capital as investors look for higher real returns outside of the bond market. The timing of investor flows back into equities is difficult to pinpoint, although the Q1 performance of a standard 60% equities/40% bonds portfolio should result in significant rebalancing. At the end of Q1 a portfolio that started the year with a 60/40 allocation would be down 10.5% if invested in the S&P500 and the Aggregate Bond Index and now have a 54% equity and 46% bond allocation. Some rebalancing may already have taken place by quarter end but many investors are probably unwilling to invest more in equities before knowing what cash needs they may have in the next few months.

As far as valuation of the equity market is concerned, it is too early to know the earnings impact of the current situation, so we cannot determine what the Price/Earnings multiple is right now. A tool that many investors refer to is the CAPE Ratio, also known as the Shiller P/E, after Robert Shiller, the Nobel Prize-winning Yale Professor who popularized the measure. The CAPE Ratio uses historical 10 year real earnings instead of current (or expected) earnings for the E component and has indicated that the market, until the current downturn, was unusually richly valued. At the market high in February, the CAPE Ratio for the S&P500 Index stood at 31.6 but about a month later, on March 23, it had fallen to 20.4 (all data is derived from Professor Shiller’s website).The range since the financial crisis in 2008 has been from a high at 33.3 in January 2018 and a low of 13.3 in March 2009. Incidentally, the ratio reached 44.2 at the end of 1999. Currently, an Index level of 2800 of corresponds to a CAPE Ratio of about 26.

Given the quick global response to alleviate the crisis and the fact that it does not have a financial problem at its root, it is unlikely that we will see valuations as low as during the 2008/9 episode but further downside can, of course, not be ruled out. The current valuation, from a CAPE Ratio perspective, may be getting close to attractive levels for long-term investors.

In the current environment, rather than investing in the cap-weighted index, we prefer sectors that enjoy lower-than-market P/E ratios and pay relatively high dividends such as Telecom Service providers, Banks and Pharmaceutical companies. An argument can be made that Technology companies that benefit from the increase in online activity and telecommuting make for good investments here but we believe current tech company valuations already reflect high earnings growth expectations. We prefer to invest in overlooked sectors such as the above-mentioned Telecom providers who should benefit from the same trends but haven’t received the same attention from the market.

The information and opinions presented in this report were prepared by Optimum Quantvest Corporation (OQC) and are intended strictly for informational purposes only.  Views expressed in this presentation are solely the opinions of the investment professionals at OQC and are subject to change at any time without notice.  The information in this document may not be reproduced in whole or in part without the express written permission from OQC.   The external sources used in compiling of this report have been deemed reliable by OQC, however, we do not assume to reconfirm their absolute accuracy and limitations.  Market data presented is provided by third party and OQC is not responsible for any errors or omissions in the data.  OQC as a Registered Investment Advisor invests in many of the securities, security types, sector and/or industries discussed in this presentation.  The information contained within this report does not constitute investment advice or guidance.  Additionally, it should not be utilized as the singular basis for investment decisions.