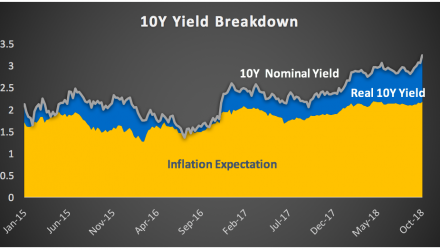 1. The U.S. labor market continues to power on, with an unemployment rate now below 4%. Jobs continue to grow despite the economy being close to full employment.

2. The private sector (households and corporations) have deleveraged and debt levels remain low. As a result, consumers and corporations should be relatively more resilient to credit stresses relative to prior economic cycles.

3. Inflation remains below long-term levels. One factor that could increase inflation estimates is an escalation in the trade war, which could cause higher tariffs and increased pricing pressure. 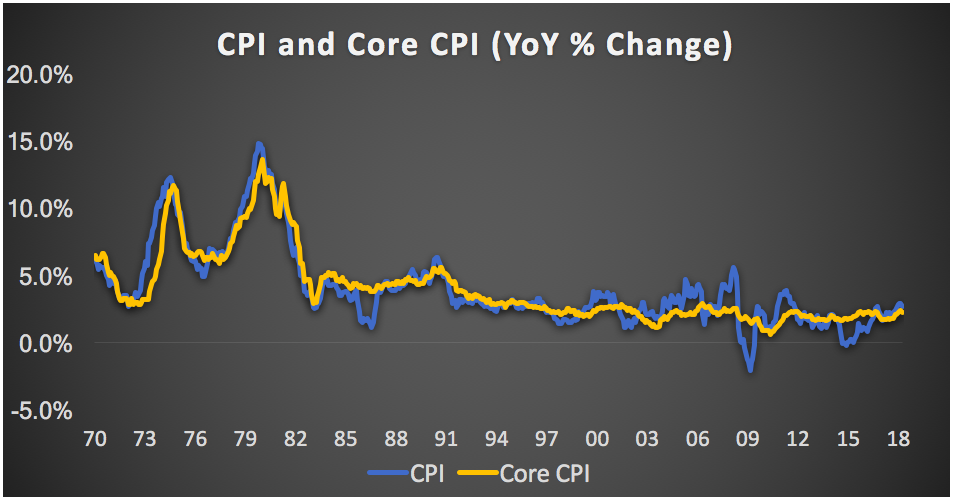 4. After years of decline, China’s money supply is on the rise. China lowered the required reserve ratio for banks after the negative effects of tariffs began weighing on the economy. 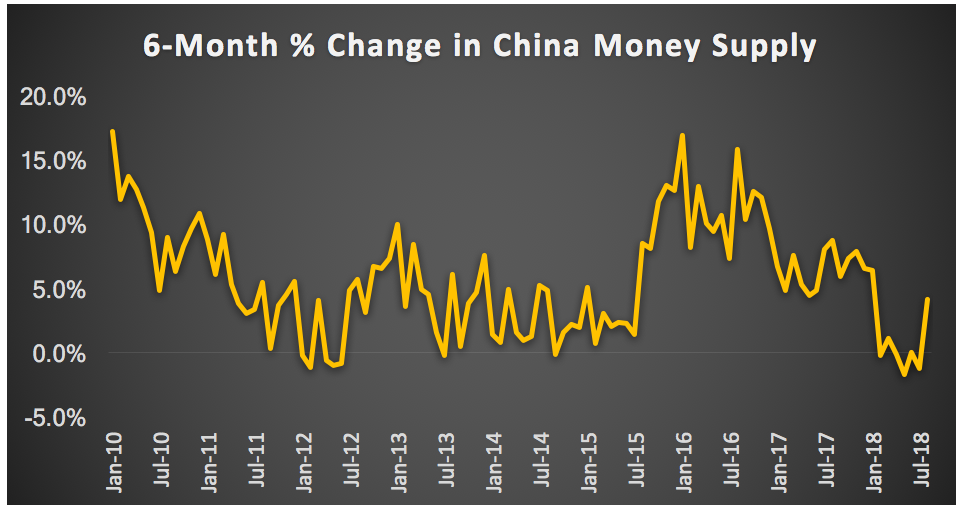 5. The market is pricing in one additional rate hike for 2019 (for a total of three), as compared to pricing in two total hikes as of August 2018. The yield curve has flattened in response to the continued Fed hikes (not shown).