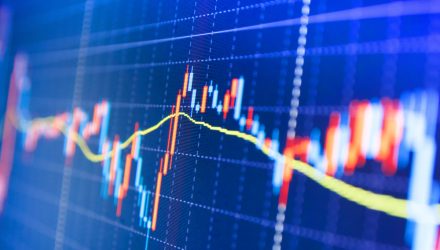 Nottingham’s State of the Markets

May’s economic data captured some of the re-opening difficulties facing the economy today, with labor shortages, wage and price inflation, and ever-changing rules and regulations creating a challenging environment for business of all types.

Labor continues to be cited as a key restraint on the economy right now. Expanded federal and state unemployment benefits have encouraged many lower-wage workers to opt for the sidelines, forcing many travel and leisure business to cut back on capacity and service. The JOLTS (US Job Openings by Industry) number for March hit it’s highest level on record, indicating more the 8.1 million job openings here in the US. Anecdotally, nearly every business owner we speak with cites the inability to hire workers as the biggest challenge they are facing. The Unemployment Rate for April came in at +6.1% and the Underemployment Rate held at a stubbornly high +10.4%.

Compounding labor shortages is the dramatic rise in input costs, which was highlighted on one earnings call after another during the recent quarter-end announcements. CPI for April was up +4.2% YoY while PPI surged +6.2% YoY. The Fed’s favored metric, the PCE Deflator rose +3.6% YoY. Despite these rises, the Fed insists that recent inflationary pressures are “transitory”, meaning they are unlikely to persist over the longer term (whenever that is).

US GDP rose at a 6.4% SAAR in the first quarter of 2021, with Personal Consumption rising by 11.3%. This was somewhat expected given the broad shutdowns a year ago, but this level of growth should continue over the coming quarters with more and more states fully re-opening as vaccination efforts take hold. This should put increased pressure on the Federal Reserve to at least begin to “think about thinking about” raising short-term interest rates, and paring back the current $120 billion per month of bond purchases. Markets will need to adjust, however, should we get to that point.

U.S. equities posted another month of positive returns in May, as the benchmark S&P 500 Index gained +0.70% to close at 4,204. Small-Caps, as measured by the S&P SmallCap 600 Index were the best performing segment of the U.S. equity market, up +2.08% during the period, while MidCaps, as measured by the S&P MidCap 400 Index trailed, returning a scant +0.20% on the month.

Risk-On sentiment reigned supreme, as the S&P 500 High Beta Index posted a +5.30% gain on the month, followed closely by the S&P 500 Enhanced Value and Pure Value Indices, which returned +4.95% and +4.84%,
respectively. Notably Enhanced and Pure Value continue to outperform the traditional Value Index. Additionally, Value as a factor continued to outperform Growth, with the S&P 500 Value Index posting a +2.41% gain, compared to the S&P 500 Growth’s -0.89% loss. Performance among Value and Growth oriented sectors remains mixed, with pockets of strength and weakness in both camps. From a Value standpoint, Energy, Materials, Financials, and Industrials were all strong performers, returning +5.77%, +5.22%, +4.79%, and +3.14%, respectively – all handily outpacing the S&P 500 Value Index (+2.41%). From a Growth standpoint, Communication Services (Facebook, Google), Information Technology (Apple, Microsoft), and Consumer Discretionary (Amazon, Tesla) all posted losses on the month, returning -0.06%, -0.91%, and -3.81%, respectively. Growth oriented sectors continue to be directionally levered to their market cap weighted constituents highlighted in parenthesis above. Despite interest rates remaining range bound for the prior few months, the rotation out of Growth and into Value is readily apparent.

Interestingly, defensive and yield oriented sectors continue to remain out of favor, with Utilities shedding -2.38% on the month, and only up +4.65% on the year. Perhaps Utilities are also suffering from top-heaviness, with
NextEra Energy commanding a lofty premium to the sector while investor sentiment towards Clean Energy themes has soured. Consumer Staples fared better on the month, gaining +1.77%, but also remains out of favor on the year, up only +5.22%. For the trailing 12-month period, Staples have also lagged badly, retuning +23.1% compared to +40.32% for the S&P 500.

International equities posted strong returns on the month, with both Developed Markets (DM), as measured by the MSCI EAFE Index, and Emerging Markets (EM), as measured by the MSCI EM Index, outperforming the S&P 500. DM equities posted a +3.34% gain in May helped by a weak US Dollar helping equity inflows into the international space, coupled with improving earnings sentiment and positive vaccine related activity. EM also performed well, posting a +2.36% gain on the month as a continued shift towards Value and Cyclically oriented parts of the market have continued.

From a regional standpoint, the MSCI EMU Index gained +2.70% in EUR terms, and +4.41% in USD terms thanks to a weaker Dollar. Continued stimulus programs and increased vaccine distribution, in conjunction with a select reopening, skew positively for the Eurozone, as their re-opening has barely begun. The UK, as measured by the FTSE 100 Index, gained +1.08% in GBP terms in May, and coupled with the Eurozone, has also been a beneficiary of increased international allocations. In Japan, the Nikkei 225 Index posted a +0.16% return in JPY terms during the period as the country’s sluggish vaccine rollout has prompted increased pushback towards the upcoming Olympic Games.

In Emerging Markets, the Chinese Yuan continues to strengthen against the US Dollar, helping the Shanghai Composite, which returned +5.02% in CNY terms on the month. The more Technology focused MSCI China Index has also begun to stabilize on the back of positive earnings related news from behemoths such
as Tencent, Alibaba, Pinduoduo, and most recently delivery giant Meituan.

From a sector standpoint, MSCI ex USA sector returns favored Value oriented sectors, with Energy, Financials, Materials, and Industrials posting returns of +5.76%, +5.57%, +3.54%, and +3.00%, respectively, mirroring the top sectors in the US.

Globally, Value oriented sectors continue to outperform, and should stand to benefit from a continued re-opening, uptick in economic activity, and rise in inflation expectations. Comparatively, these themes and trends may continue to favor Developed and Emerging Markets as their sector compositions heavily skew towards Value and Cyclical sectors, whereas the S&P 500 remains heavily tilted towards Growth related sectors and industries. Stay tuned.

On May 12th, the Bureau of Labor Statistics (BLS) released the Consumer Price Index (CPI) for April 2021. This is the gauge that is commonly used to represent the amount of inflation being experienced in the U.S. The headline number came in at 4.2%, higher than expectations. Interest rates have not shown any significant concern, seemingly convinced that the Fed is correct in their assumption that the rise in prices is transitory.

Treasury yields are marginally lower than they were last month. The move was concentrated in the intermediate and longer maturities.

Investment Grade corporates were the top domestic performer. BBB spreads have held their ground while single
A saw spread tightening, allowing IG to clip their coupons and provide a strong monthly return.

High Yield spreads widened slightly, but seem to be settling down. The widening offset some of their higher income, leaving them with an average return for the month, right in line with Governments, the U.S. Agg, and the Municipal benchmarks.

Emerging Market bond exposure offered the highest return overall in May. This came from a combination of a high starting yield and a relatively long duration, which benefits when rates decline.

Municipal bond yields are slightly more attractive compared to Treasury bond yields, but remain pricey on a
longer term basis. Demand remains high as we have seen a significant pick-up in Tax & Estate Planning. With marginal tax brackets for individuals and corporations expected to rise, and the potential for the Estate Tax exemption levels to fall (through legislation or sunsetting of the current provision), this demand is unlikely to wane near-term.

Alternative Investments were mostly positive in May, benefitting from a variety of factors including a weaker U.S. Dollar. The US Dollar, as measured by the DXY Index, fell -1.59% during the month and is roughly flat for the year.

Commodities, as measured by the Bloomberg Commodity Index, gained +2.73% in May and are up an impressive +18.92% YTD. The re-opening of global economies and pent-up consumer demand has lead to a supply bottleneck that has caused inflationary pressures on various commodities that function as production inputs. The prices of iron ore, copper, and timber all hit record levels over the past month.

Gold was one of the best performing asset classes in May, finishing the month up +7.79%. Gold continues to be useful as a portfolio diversifier and potential inflation hedge. Although the mainstream media likes to focus on more glamorous alternative investments in a digital economy, gold greatly outperformed many of the popular cryptocurrencies which finished down 30% or more for the month. In addition, Gold Miners, as measured by
the NYSE Arca Gold Miners Index, were up +14.28% for the month.

In May, the ESG aligned U.S. index got back on track, outperforming its non-ESG integrated counterpart. While the Year to Date return still trails slightly, all other time periods reflect strong outperformance.

ESG integrated EAFE returns were roughly on par with the nonESG concerned index exposures. YTD it continues to trail, but one and three year time periods show outperformance. Time, and further implementation of the EU Taxonomy and Sustainable Finance Disclosure Regulation (SFDR), may provide a tailwind for this exposure.

Emerging Market ESG integrated returns were a positive performer vs the benchmark in the month, the quarter, YTD, and all longer time periods. This allocation continues to stand out as a shining example of how ESG considerations can lead to better outcomes over time.

Investment Grade corporate bonds have continued to benefit from ESG integration, providing an additional 15 to 20 basis points of return over longer time periods. This should continue, as the monitoring of company exposures to ESG-related risks can allow for riskier holdings to be screened out prior to the risk being realized and causing spread widening/underperformance.

While ESG considerations are still in the early innings, guidance continues to develop and evolve both domestically and internationally. John Coates, acting director of the SEC’s Division of Corporate Finance, has argued that the SEC has an obligation to provide tangible guidance to public companies about what they
should disclose about ESG risks, either by relying on a global ESG framework or establishing one of its own. The European Union’s Sustainable Finance Action Plan draft Taxonomy was initially released in December 2020, modified after receiving critical feedback, and re-released on May 7th, to little fanfare thus far.