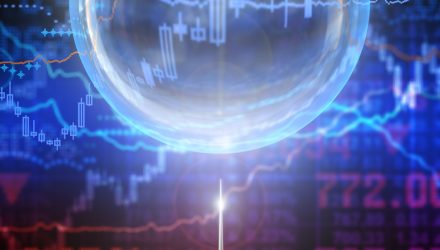 Normal vs. Bubble Market – What might trigger a downturn?

Stocks continued to rise year to date through August, taking the market to an even more extreme valuation. As I detailed in my recent commentaries, stock market valuation is at its highest in 150 years, barring the 1999-2000 dot-com bubble.

The economy has largely recovered after the COVID pandemic (and recently faltered), but market valuation has rocketed well above pre-pandemic highs. Clearly, fundamentals didn’t drive the upside – the Fed did. The Fed’s money-creation inflated bubbles in all assets: stocks, bonds, and real estate.

In today’s comments, I will first discuss downside in a “normal” market. A normal market goes up and down, based largely on fundamentals. Second, I talk about bubbles. Bubbles are invariably inflated by easy money. This time, it’s been created largely by the Fed. But, all bubbles burst – which means that the downside is larger than in a normal market. Third, I give a few thoughts on what might trigger the next downturn.

So first, a “normal” stock market goes down, as well as up. It’s obvious, but investors seem to forget the “down” part after a few years of upside – the so-called recency bias. This bias is stronger the longer the upside. The current bull market has lasted 12 years, so many investors believe they can never lose. The chart below includes a longer history for the market that’s required to see a few bull and bear markets, from 1950. This is still a “normal” market, leaving out examples of severe declines in the US and foreign markets. Even bull markets are interrupted by downturns (as in 1989, 2011, and 2020). Of bigger concern to investors were the series of bear markets in the 1970s (around -30% from peak) and the 2000s (-50%). Such bear markets can destroy wealth, especially after accounting for potential effects of trading (often driven by emotion) and of inflation. During the 1970s, even though the S&P 500 was roughly unchanged from the beginning to the end of the decade, investors lost half of their real wealth after inflation. 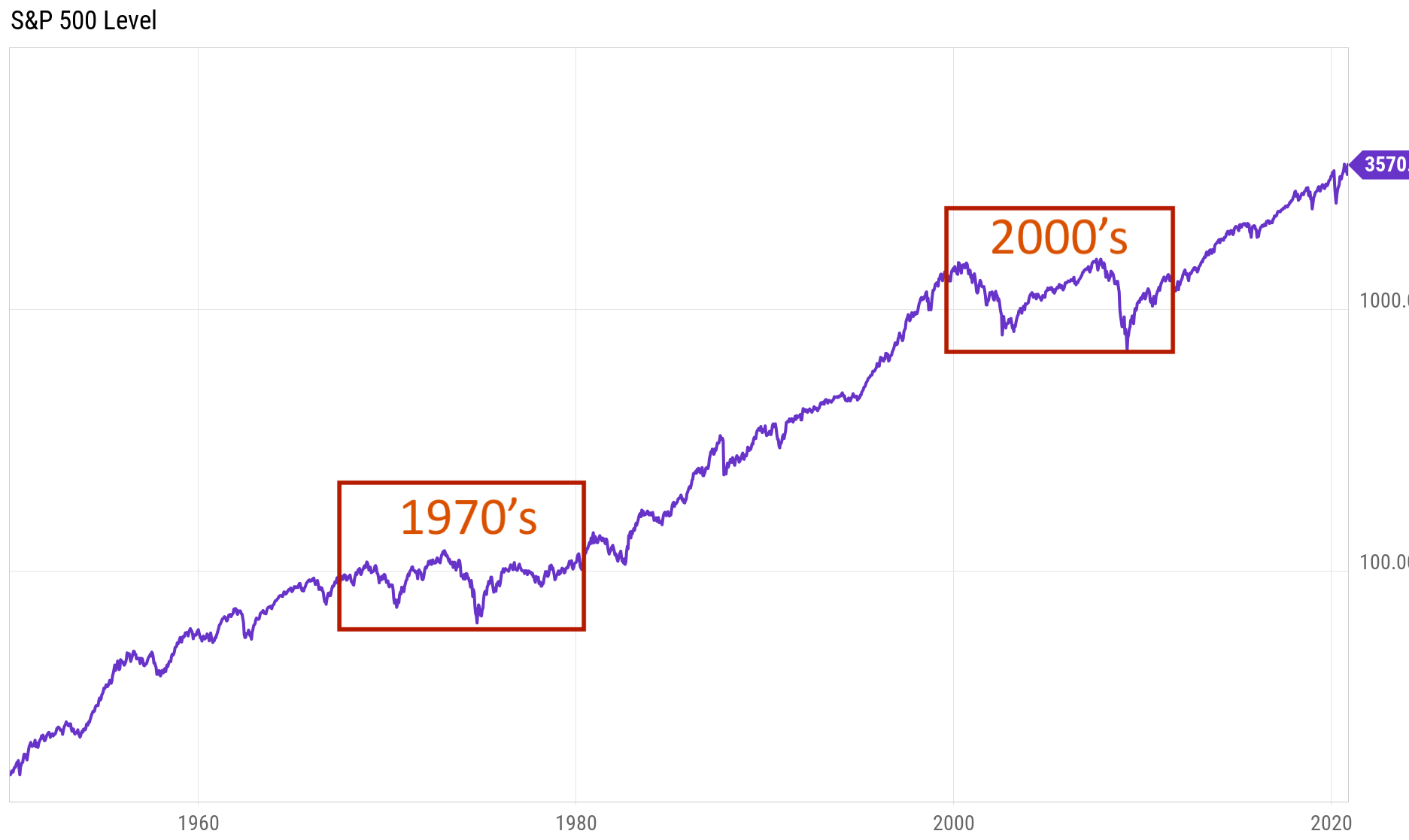 Sometimes market upside turns into a bubble, inflated by easy money. An example is the tech (dot-com) bubble of the late-1990s, financed by stock investors. An older example is the bubble of the late 1920s that ended in the 1929 crash and the Great Depression. Although it’s not as clear on these charts, most investors remember 2007 as a bubble financed by mortgages, including subprime, and also by stocks. All these bubbles were followed by a crash of at least 50%, often much larger (over 85% in 1929-33 and the NASDAQ in 2000-02).

Today, only part of the current market strength is justified be the post-pandemic economic recovery. Most of it is “multiple expansion” – stocks soaring fueled by the Fed’s money-creation. Shiller’s P/E Ratio, which adjusts for earnings highs and lows, is at the highest level in its 150-year history barring 1999-2000. These 150 years include very low interest rates in late-1800s and early 1900s, when P/E reached around 20. However, the current episode of near-zero rates has created a twice-as-large bubble, with P/E now at 39.

As with all bubbles, easy money inflated the current bubble, including a zero interest rate (the light-blue line of the chart below). In addition, the Fed’s bond purchases that amount to money-creation (the orange line) and federal stimulus money have each amounted to around $4 trillion. 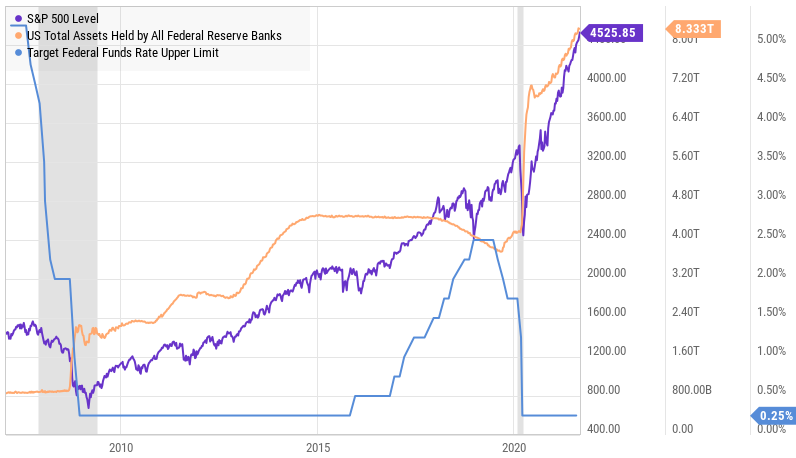 So, in a normal market, stocks go down as well as up, based largely on fundamentals. Our 6-month Equity Model has been forecasting a fundamentals-based downside. Instead, the bubble got bigger. It’s unsustainable. All bubbles inevitably burst – it’s a certainty. If it “seems” that markets would levitate forever, it’s the recency bias fooling you. Because the current bubble got so big, it just means, at least to me, that the potential downturn might be larger than a “normal” one of 30-50%. The current one is nearing an end, in my view – but what might trigger it? This will be clear only in retrospect, but here are some candidates: