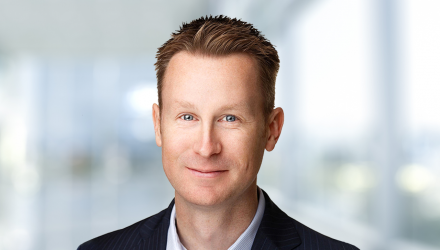 Meet a Strategist is a weekly feature where Evan Harp talks to different strategists about how their firms are responding to the current moment. This week, he sat down with Helios founder and CEO Chris Shuba.

Chris Shuba: I really like that question because we serve as an outsourced CIO, or as we like to call it an insourced CIO. So the advisors that hire us aren’t just looking for asset management-related capabilities. It’s a much more holistic kind of partnership. Helios effectively gets hired to do four things as a partner.

The first one is that our advisors want to grow, but they’re pulled in a million different directions and they can’t focus on what they do best to help them grow. So, we get brought in to help them focus on what they do best and outsource to us what we do best. That’s how a good partnership is formed between us. But growth tends to be something, from a business perspective, that’s keeping them up at night, right?

Or the reverse of that. Number two is when they’ve already experienced success and growth and now it’s all about scale and efficiency. How do you manage staff turnover? How do you expand, with high-quality client service, at the rate that you are acquiring prospects or other practices? So again, the other side of the coin with outsourcing to someone like Helios is the ability to create that scale inside of a growing practice.

The third one is the overall confidence that, when you’re sitting at the table looking at a client and the markets are roaring one way or the other, you know you’re mathematically doing the right thing for your clients to help them achieve their goals — not just hoping that whatever worked in the past is going to work again. We get brought in to help shore up that confidence. Our services include everything from managing holdings and models, all the way to portfolio design.

Then last but not least is the business risk side of things. On one hand, we get brought in to do the compliance documentation. On the other hand, when you think about business risk as an advisor, if you construct a portfolio poorly and it doesn’t work very well, then the client gets hit, but so does business cash flow. Part of our role as a firm is to create an environment from an asset management perspective that reduces the odds of not only the entire client portfolio getting hit but also the advisor’s business cash flow getting hit. That model becomes part of our partnership.

So it is really those four areas that keep our prospects and clients up at night, and that’s what we’re designed to come in and mitigate or eliminate in some cases.

Evan Harp: Do you have any recent changes in your allocations?

Chris Shuba: Yes, so in the past month or so we’ve seen data move more to a neutral or baseline risk. When you think about the various algorithms, or as we call them, elements, that make up the models and strategies that are put together, in general over the last month we’ve seen data moving toward adding risk exposure vs. the first half of the year. At the beginning of the year, the data had been decidedly defensive, everything from our aggregate risk exposure all the way down to the holding selection, an example being short duration and high-quality credit in the fixed income space since October of last year.

So there’s been a softening in the defensive data that we’re getting that’s moved more neutral over the last 30 days or so, which has been good. In general, we’ve been adding just a smidge of risk to get us more neutral to the benchmark.

Evan Harp: What do you think of the markets right now?

Chris Shuba: Overall, I have concerns with this rally. As a quantitative company, as a fact-based company, we only follow the data, right? I’m going to give you my opinion here, but at the end of the day, my opinion really doesn’t matter because we just simply follow what the data does. We know that gives us the best statistical odds over time, through many, many decisions made over that period. But my opinion is that this is probably a 51% chance of a bear rally.

The reason for that is that, normally, when we see a bottom to something, it’s generally because there is likely anticipation that, whatever the problem is, has been solved. That’s not exactly true at the moment. Markets are okay with good news, markets are okay with bad news. Markets are not okay with uncertainty. Right now, there isn’t that definitive answer that says the Fed has inflation under control. The economy’s not in a great spot. There isn’t that clarity that there’s a glide path where the real speculation can begin.

Because there are so many uncertainties, this rally, although welcome, feels to me a bit more like a bear rally than this V-shaped bottom. In which case, we’re going to go on and push to new all-time highs and persist that way for a number of years. So I’m cautiously optimistic, but it does kind of smack of a bear rally at the moment with the data that we have. I completely reserve the right to change my mind if new data comes in!

Evan Harp: Are there any ETFs you’d like to highlight?

Chris Shuba: There’s obviously a large number of ETFs that are out there that everyone would name. I could name dozens of the ones that we’ve used and that work well. But as I was thinking about your question, I was thinking more about various companies that I see doing things a little differently, or in a little bit of a more methodical way. There are lots of good ones out there, I’ll just throw out a couple of them that came to mind.

One of them, interestingly enough, is the Hartford Municipal Opportunities ETF (HMOP). Hartford doesn’t get a lot of publicity in terms of their ETF suite, but I like their quantitative framework, they have some interesting factor approaches to the way that they do things. They’re in our top 20th percentile the way that we score bonds, but I just thought it was an interesting approach to take on a really dicey period. That’s their municipal ETF. I like the way companies like Hartford are approaching the ETF space. I think they’re being thoughtful about it and I think that it isn’t just a “throw everything against the wall and see what sticks” kind of approach to ETFs.

Another one that came to mind is kind of brand new on the scene. I think they are just hitting their three-year now. I’m really curious to see what Avantis is going to do in the ETF space. It’s a group of folks that were all at DFA, broke away, and now they’re up under American Century.

I like their methodology. They’re highly convicted, and they kind of roll that through their ETFs. The Avantis US Equity ETF (AVUS) is their U.S. equity that I think I’m most excited to see in an ETF wrapper.

I could list dozens and dozens of tickers, but those two companies popped into my mind as companies whose approaches to building their ETFs we like. We don’t have any financial relationships with any asset manager. I just say that in full disclosure, these just happened to pop into my head when I was thinking about ETFs.

Chris Shuba: I’m so biased, it’s hard to pick one! What really, from a very broad sense, sets Helios apart is that we are an end-to-end solution for advisors. Most of the time when you talk about an ETF strategist or you talk about a model provider, they do a very narrow set of things such as, “Here’s the model,” and, “Here’s some communication around why we’ve done what we’ve done.”

But Helios is an insourced CIO, so we do everything from holdings research and selection, to customized model building directly for the advisor, to portfolio strategy and analytics, to all of the internal and external communications, to the compliance documentation, to the training and education.

It’s really like Helios is a 40-person investment department that just magically appeared at your fingertips. That’s why we consider ourselves a service, not a product. Every time we come up to any form of competition, which isn’t very often, this becomes the major reason we get hired. We do a lot more and we’re less expensive than the basis point type solutions that are all out there.