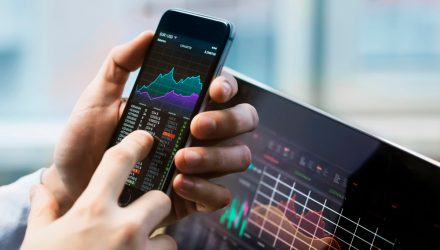 The CBOE Volatility Index, or VIX Index, hit a record high during March. By the close of May, the VIX declined to levels that were last seen in February as COVID-19 fears were just starting to build. The VIX had spent most of January and the first half of February in the low to mid-teens, so in the upper 20s, the VIX remains comparably high to pre-COVID-19 and historic levels. We anticipate that volatility will remain elevated for the next few months as the reopening process moves forward in what we expect to be a long and uneven economic recovery. Furthermore, broader uncertainty has manifested in the U.S. as political and social issues have come to the forefront in recent weeks and a presidential election looms in November.

The recent market moves have shown some modest signs of a broadening rally. However, growth has still dominated value as it has during much of the post-credit crisis period. We believe there will be more “winners and losers” from a market perspective as we transition through this economic reopening phase. We at Clark Capital continue to use our disciplined approach of seeking out high-quality businesses at what we believe are good prices. As always, we will continue to make purposeful investments in both stocks and bonds as we move forward in what we believe will be a period of wider outcomes of investment results.

The largest cap growth companies are still dominating performance year to date, but some modest broadening has occurred in the markets over the last couple of months. Since the market lows on March 23, and for the second quarter to date, both the equal-weighted S&P 500 Index and small-cap stocks have outpaced the market-cap weighted S&P 500 Index returns (the way the index is normally presented). In particular, the Russell 2000 index has rallied 21.14% over the last two months as the S&P 500 gained 18.19% in April and May. Needless to say, both indices show impressive results, but the outperformance of small caps might be signaling that the market rally is broadening after large-cap growth stocks have outpaced other equities.

While we have seen some broadening from a market cap perspective, growth stocks have continued to outperform value stocks dramatically for the month and year to date. The large-cap and value focused Russell 1000 Value Index advanced 3.43% compared to the Russell 1000 Growth Index, which gained 6.71% in May. Year-to-date results have widened even further with the former index down -15.70% through the first five months of the year and the latter index showing a gain of 5.23%..

International equities advanced in May as well, but results lagged U.S. stocks. Emerging market equities, as measured by the MSCI Emerging Markets Index, were only marginally higher for the month and trailed most other equities with a gain of only 0.77%. The MSCI ACWI ex USA Index, a broad measure of international equities, advanced 3.27% for the month. Both international indices have underperformed U.S. stocks year to date with declines of -15.96% and -14.85%, respectively.

Massive support from the Federal Reserve helped improve market liquidity and, while not back to normal, bond market functioning began to improve in April and May. After a clear flight to quality into U.S. Treasuries in the first quarter, corporate bonds and municipals have outperformed so far in the second quarter as credit spreads have narrowed.

As mentioned earlier, we believe the economic recovery will be long and uneven as we move through the reopening process and to the other side of this pandemic. We are going through what we believe will be the worst economic period of the crisis in this current quarter. Much of the economic data now being released is bearing the full brunt of the self-imposed economic shutdown.

The impact of the shutdown in the economy in March reverberated through the first quarter GDP reading, which now reflects a -5.0% annualized decline in activity. Remember, this sharp decline occurred even as the U.S. economy started the year strongly and the global economy was picking up momentum before the pandemic-driven economic shutdown started to take place in March. We expect second quarter GDP in the U.S. to decline far worse than it did in the first quarter and to be the weakest period of the COVID-19 crisis. It is important to remember that this data lags, as the worst month was likely April and second quarter GDP will not be reported until the end of July.

In April, the widely followed ISM Manufacturing Index fell to 41.5, a sharp drop from the prior month’s reading of 49.1, but ahead of estimates of 36.0. Particularly weak, the ISM New Orders component of this index fell more than expected to 27.1 from the already depressed level of 42.2 in March. The ISM Non-Manufacturing Index, which covers the much larger service industries in the U.S. economy, fell over 10 points to 41.8 in April from 52.5 in March, but it too was better than the expected decline to 38.0. Recall, readings below 50 indicate contraction for the ISM indices.

With the full brunt of layoffs hitting in April, the decline in payroll data was historic. Non-farm payrolls fell by over 20.5 million in April, which pushed the unemployment rate up by more than 10 percentage points to 14.7% from the prior month’s mark of 4.4%. Average hourly earnings showed strong gains in April, but this reflected lower-paid workers being hit the hardest by layoffs due to COVID-19. As would be expected during this extraordinary time, consumer spending fell dramatically in April. Retail sales, ex. autos and gas, dropped 16.2% during the month, more than twice the anticipated drop of -7.6%. Personal spending fell -13.6% in April, which was also more than expected. We will pay close attention to how quickly those recently unemployed get back to work as the economy reopens.

The Federal Reserve continues to signal an “all-in” attitude to try to support the functioning of the financial system. Clearly, the Fed’s aggressive support to help combat this crisis has been an important factor in the recent improvements in the capital markets. Unfortunately, and not unexpectedly (especially in an election year), the next round of fiscal stimulus is more uncertain at this point. Both parties seem to agree that another round of fiscal stimulus will be needed, but the divide between their two approaches is wide at this point.

As we go through what we know are difficult and challenging times, we remain resolute in our belief that the U.S. economy and corporate America will make it through this pandemic. This stance has not changed since the beginning of the crisis. While we expect an uneven and long economic recovery, we would not and do not bet against the resiliency of the U.S. economy, corporate America, and U.S. citizens to get through this challenging period. Remember, stocks are forward looking, and the market appears to be looking beyond the current and pending weak economic and earnings news. To be clear, we do expect elevated volatility in the weeks and months ahead and we think it is important that investors brace for this likely bumpy path. However, at this point, we believe the economy and markets are heading in the right direction.

We believe it is imperative for investors to stay focused on their long-term goals and not let short-term swings in the market derail them from their longer-term objectives. That discipline served clients well over the last few months as most areas of stocks and bonds improved dramatically from their March lows.

The markets continued to favor a risk-on bias throughout May with both equities and credit advancing. The Navigator® Style Opportunity portfolio favored large-cap growth and large-caps for much of 2019, through the decline, and then the rally. We are finally starting to see participation broaden out with mid and small-caps on the rise. We have added to mid-cap and small-cap growth positions to the portfolio to capture the broadening trends.

In the past few weeks, credit has benefitted from the Fed’s Credit Facility backstops with both investment grade and below investment grade debt hitting new recovery highs. High yield bond spreads have compressed to 637 basis points, a strong improvement from the 1100 bps spread at the depth of the declines in March.

As investors shifted focus from the current “COVID-19 quarantine” recession to the “getting-back-to-work” recovery, equity prices continued to advance smartly in May.

While longer term U.S. Treasury interest rates remained stable, declining credit spreads and volatility enabled investors to expand their appetite beyond the safety of large-cap growth, thus market participation broadened out. As a result, The Navigator® All-Cap portfolio reduced its weight in large-cap exposure to 63% of the portfolio and increased mid/small-cap exposure.