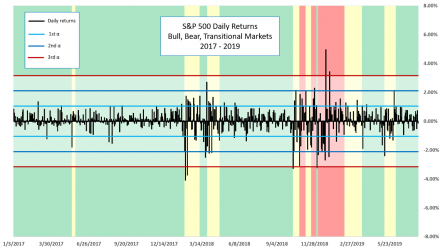 Canterbury Volatility Index (CVI) – CVI 53 – The Canterbury Volatility Index (CVI) continues to be low and decreasing.  While this is a bullish characteristic, we are further approaching extreme low volatility (CVI less than 45). The last time that CVI was extremely low was back in October 2018 (pictured below), prior to experiencing a series of outlier days followed by the trading anomaly in December. As volatility compresses, it may eventually need to relieve some pent-up pressure in the form of an outlier day (+/-1.5%) or two. 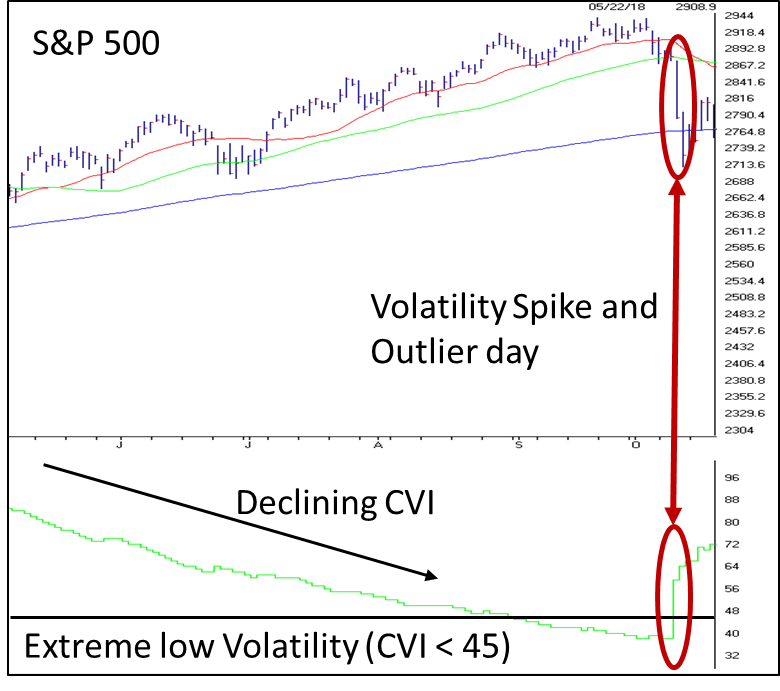 One thing we know for sure, is that markets are not random, nor are they evenly distributed. These are some of the typical “conventional wisdoms” we see when it comes to investment management.  When analyzing daily data on stock markets, we will notice that outlier days occur way more often than they should, and often back-to-back.

These outliers do not come in even distribution either.  We would not expect to see a 3% day and then have to wait another 6 months before seeing another 3% day. Market outliers will typically occur in clumps. These outlier days come after spikes in volatility. Canterbury developed the concept of Market States and Security States not to be predictive of an index or security’s return, but rather an indication of risk.

The chart below shows the daily returns for the S&P 500 from 2017-present. It also shows the Market Environment (Bullish is Green; Transitional is Yellow; Bearish is Red). During Bullish periods, you will notice that the daily returns are typically within a first standard deviation (+/-1%), with a few just outside, but still within a second standard deviation (< 2% up or down).

During Transitional and Bearish environments, we can see there are lot more outlier days, exceeding a second, third, or even a fourth standard deviation. These periods exhibit higher volatility. Following the trading anomaly in December (highlighted by the red/yellow period), the market began to show declining volatility, with a short Transitional period in the month of May that had some days beyond a 2nd standard deviation (+/-2%). You can see that following the trading anomaly (when the market environment is Bullish), daily returns are more stable. 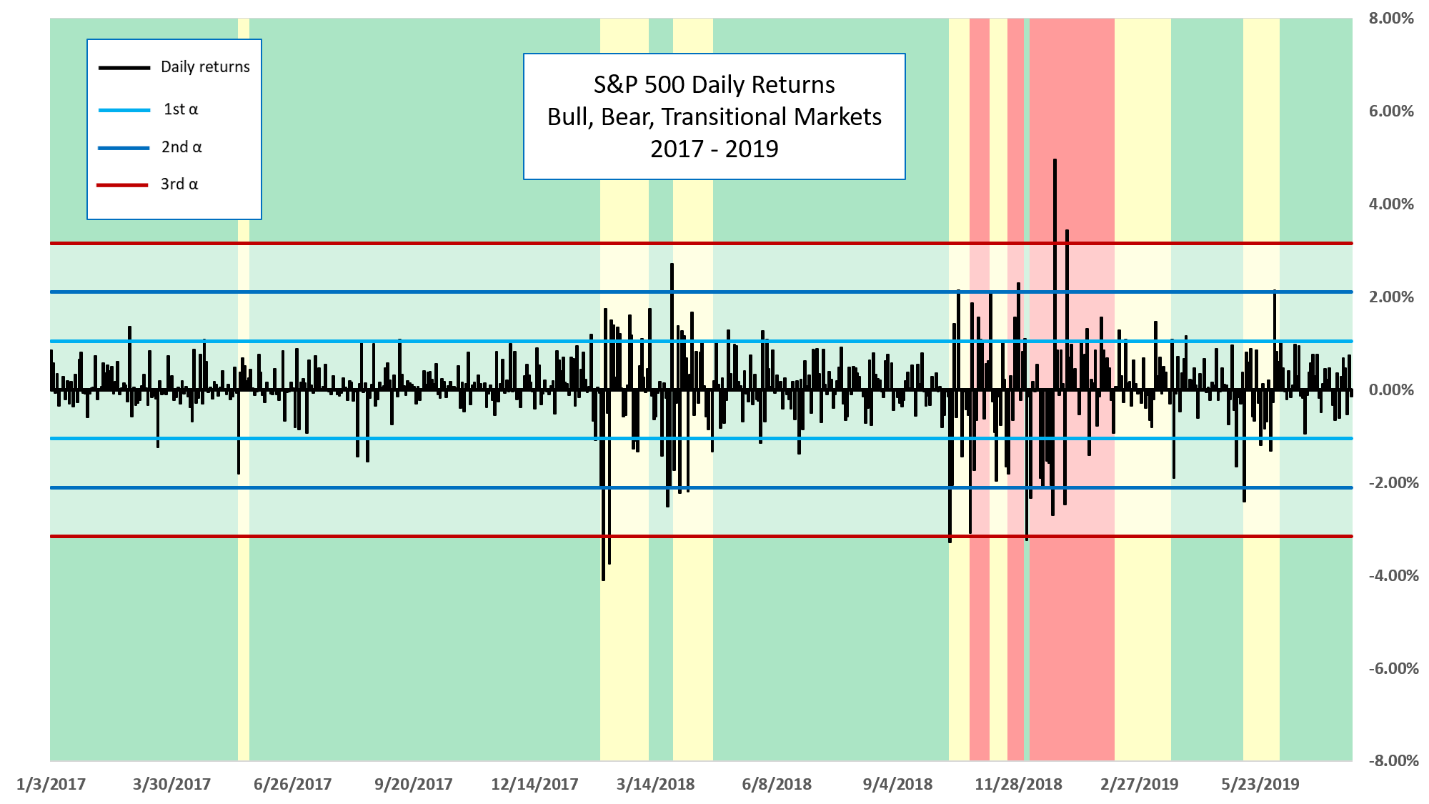 This chart shows that Market States are a predictor risk, or when to expect the unexpected (outlier days).  Each and every asset class will have both bull (low risk) and bear (high risk) markets: periods where outlier days are more likely or less likely.

According to Canterbury’s risk adjusted rankings (Volatility-Weighted-Relative-Strength), here are the current rankings for the style indices.  You can see the Large Caps continue to show strength over other styles.

The S&P 500 remains at a peak and volatility continues to decrease.  This may lead to an outlier day, as the market may decide to relieve some pent-up pressure from compressed volatility.  Furthermore, Large Caps continue to lead throughout this recent rally.

We know that all securities and asset classes, based on supply and demand will have both bull and bear periods.  Canterbury’s Market States are a good indication of risk.  We take this one step further and apply this concept to all liquid traded securities and can choose a combination of these securities that create an efficient, bullish portfolio- one capable of limiting risk and compounding returns.