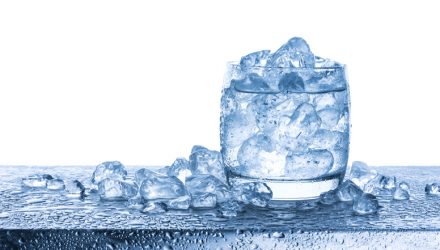 The Market Just Got Hit with a Cold Glass of Water

Should short-term supply & demand indicators turn back positive over the next few weeks, the velocity of volatility warning will be turned off, resulting in a bullish Market State environment.

Canterbury Volatility Index: CVI 67 – It has been discussed over the last several weekly updates that CVI had been declining and approaching extreme low levels. The short-term volatility (a 10-day CVI) had already hit extreme levels, falling as low as CVI 32.  The regular volatility measure (a 67-day CVI) had hit CVI 51. Last week’s update made this comment on falling volatility:

The Canterbury Volatility Index (CVI) continues to be low and decreasing. While this is a bullish characteristic, we are further approaching extreme low volatility (CVI less than 45).  As volatility compresses, it may eventually need to relieve some pent-up pressure in the form of an outlier day (+/-1.5%) or two.

So, the market just got hit in the face with a cold glass of water.  Why? Well, turn on the news and it will be attributed to a few different sources: the Fed lowering interest rates, but not saying they will continue to do so; Trump tweeting about Chinese tariffs; and China devaluing their currency in response to Trump’s comments.  However, when it comes to examining reasons for why markets do what they do, we can only examine the facts, and the fact is: markets are driven by supply and demand.

Mark Twain once said, “History doesn’t repeat itself, but it often rhymes.” If we go back in time and examine the stock market over history, we will find many instances that look almost identical, but the news stories are completely different. This is because while the news events change, emotions are often the same. There have been many technological changes in the last 100 years, but human emotion, and thus supply and demand are laws.

Trying to connect the short-term news to the markets’ behavior is like a dog chasing his tail. News can be the “trigger” that causes outliers and market noise. That said, the market was already set up for a pullback or a correction. The current pullback would have most likely happened regardless of the news events.

Let’s go back to 9/20/18. The S&P 500 was at 2930 and volatility, as measured by the Canterbury Volatility Index, was at CVI 38. A market volatility reading of CVI 45 is EXTREMELY low. It is common to see outliers and corrections during such environments. Three months later, on Christmas Eve, the S&P 500 was at 2351 down 20%. The last 10% decline was a trading anomaly that was like stretching a rubber band, causing a 10% rebounded over just 18 days. From there, one would expect a counter trend pullback, but no…. the S&P 500 runs up another  +18% to total a 28% over about 8 months. What about volatility? The volatility was at CVI 53 (near an extreme low). So, what would be the market’s next most likely move, the opposite of what most would expect…. Outlier days down on high volatility. Thus, the current pullback. 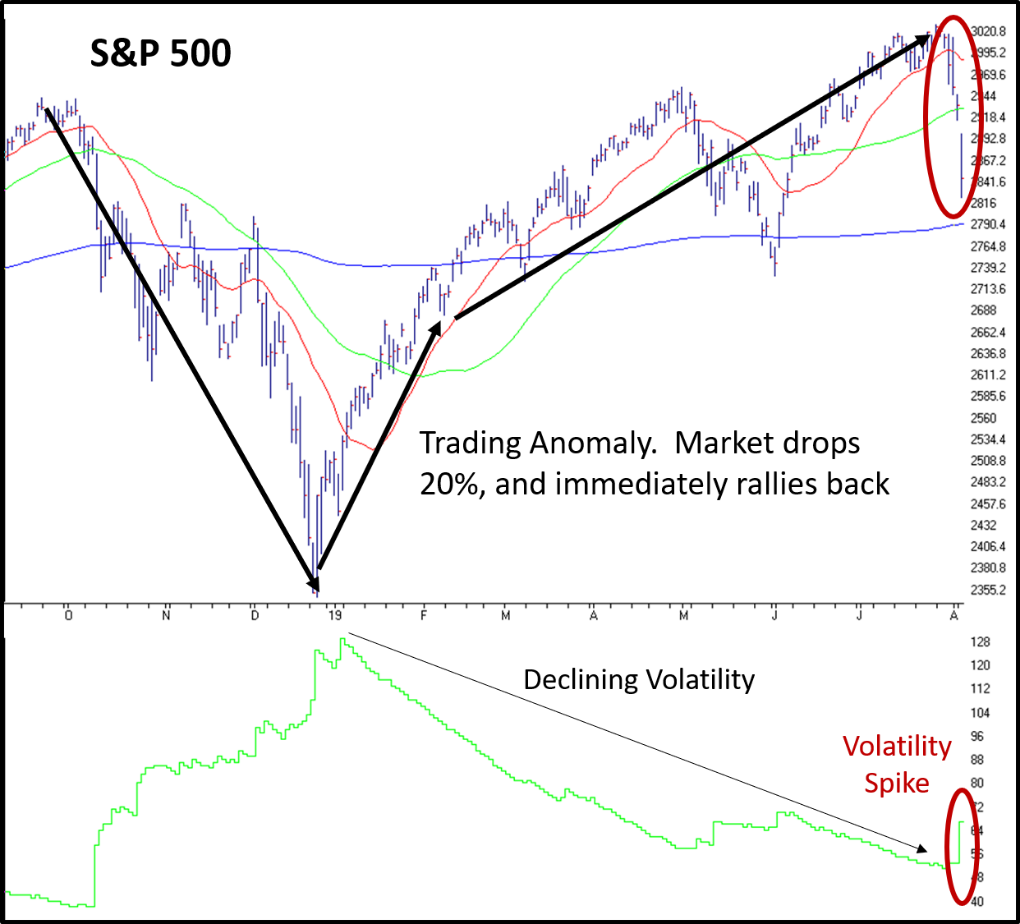 We had been talking about the possibility of a pullback for most of the last few updates.  It looks like it finally came with today’s outlier day.  Weeks ago, the market was at a peak and volatility was continuously declining—this combination increased the likelihood of a spike in volatility, which we are now seeing.  Declining volatility, towards extreme low levels, coupled with any news event, can lead to an outlier day.  The Market just got hit in the face with a cold glass of water.  It needs to regain its footing and figure out where it wants to be.

Adaptive Portfolio Strategy, like the Canterbury Portfolio Thermostat, is all about maintaining an efficient portfolio through all market environments.  The Portfolio Thermostat, while in a bullish environment, selects securities which are also in bullish environments and are showing leadership on a risk adjusted basis.  The Thermostat adjusts the holdings to maintain an efficient “Benefit of Diversification”, so that when outliers happen, the portfolio’s holdings are not highly correlated, and thus can benefit from short-term pullbacks.