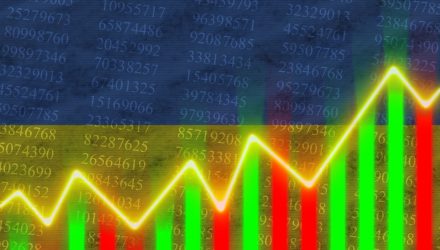 Liberty is Taking Root in Ukraine

Many of you know my long history with Ukraine and have asked for my thoughts on the current situation.  Descriptions of the tactical situation can be found elsewhere.  More than 30 years of history with the remarkable people of this great country allows me to speak to the bigger picture.

“Liberty, when it begins to take root, is a plant of rapid growth.”
–George Washington

Liberty is rapidly taking root in Ukraine.  The country is still early in its freedom journey, as there is more work to be done in rooting out corruption and strengthening its institutions.  However, Ukraine’s desire for liberty is clear.  Ukraine is not a military threat to Russia.  Instead, the example of liberty taking root in Ukraine is an ideological threat to Vladimir Putin.

For me, Ukraine is not a distant land filled with nameless people.  It is a place I love; a second-home filled with friends I consider to be like family.  The potential for lives lost or families adversely impacted brings me unspeakable heartache.  The only difference between a humanitarian crisis and a human crisis is how closely we know those involved.

My coming of age in the world was during the final chapter of the Cold War.  As a teenager, I took great interest in every aspect of the struggle between the United States and the Soviet Union.  The contrast was clear between the benefits of freedom and the tyranny of communism.  Over the next few years, I would be able to directly compare Reagan’s America that stood as “shining city on a hill” with a Soviet system grounded in fear and repression.  I learned firsthand that people in Ukraine cared about all the same things that I did.  In fact, some of the greatest people I have ever known are Ukrainians.  I witnessed how a corrupt and fatally flawed Soviet system had denied Ukrainians basic freedoms that were at the foundation of my life in the United States.

“Look to the very heart of Europe, to Berlin, and you will see a great truth shining brighter with each passing day: The quest for freedom is stronger than steel, more permanent than concrete.”
–George H.W. Bush November 1989

I have vivid memories of watching the fall of the Berlin Wall on our family TV.  The pictures of jubilant East Germans were only the first wave of a fast-moving flood of freedom to wash over Eastern Europe.  In the spring of 1990, our family hosted an exchange student from Leningrad (now St. Petersburg).  I spent some of the summer of 1990 on a student exchange visiting the former Soviet Union -Leningrad and Moscow in Russia, Kerch in Ukraine, and Sukhumi in Georgia.  The students and people I met validated what I had always believed- they yearned for freedom the same way I always had.  The seemingly impossible happened, and I witnessed it up close.

“There are times when only America can make the difference between war and peace, between freedom and repression, between life and death. We cannot save all the world’s children, but we can save many of them.”
–Bill Clinton

The fall of the Berlin Wall ushered in religious freedom across Eastern Europe.   I arrived in Ukraine in September of 1991 as a full-time missionary for The Church of Jesus Christ of Latter-day Saints.  On December 1, 1991, a referendum on Ukraine’s independence was overwhelmingly approved and the world recognized Ukraine as an independent country.  I lived in newly independent Ukraine until July of 1993.  I witnessed a proud, talented, and resilient people pushing forward with inspiring faith through economic upheaval, hyperinflation, and political uncertainty.  Despite a difficult history and turbulent present circumstances, Ukrainians collective desires and aspirations were for freedom and progress.  They dreamed of a free Ukraine for their children.  It was an inspiring and life-changing time for me.  I credit my friends in Ukraine for teaching me what it means to show courage, compassion, forgiveness, and hope.

“The best hope for peace in our world is the expansion of freedom in all the world.”
–George W. Bush

Ukraine’s transition to freedom has not been smooth or easy.  A fraudulent run-off election in November of 2004 resulted in nationwide protests known as the Orange Revolution.  A second run-off election resulted in a clear victory for Viktor Yushenko, who had survived an attempted assassination by poisoning during the election campaign.

I visited Ukraine in August 2010 for the dedication of the Kyiv Ukraine Temple for The Church of Jesus Christ of Latter-day Saints.  Ukraine had truly transformed as liberty was beginning to take root.  I returned to Ukraine with my family in tow in the fall of 2011 as a guest instructor for The Leavitt Institute for International Development.  This remarkable institution brought U.S. judges and attorneys to Ukraine to teach the rule of law, democracy, and ethics to young Ukrainian lawyers.  My vibrant discussions with bright students in universities and colleges across Ukraine made it clear to me the flame of liberty was burning bright.

This did not escape the notice of Vladimir Putin, who in 2005 lamented the breakup of the Soviet Union as the greatest geopolitical catastrophe of the twentieth century.  In 2008, Putin told President George Bush that Ukraine was not even a country.   The future with a free and prosperous Ukraine would serve as a stark contrast to Putin-style authoritarianism.

We, the People, recognize that we have responsibilities as well as rights; that our destinies are bound together; that a freedom which only asks what’s in it for me, a freedom without a commitment to others, a freedom without love or charity or duty or patriotism, is unworthy of our founding ideals, and those who died in their defense.
–Barack Obama

Ukrainians yearned for freedom, as shown by the 2014 Revolution of Dignity that ousted the corrupt Ukrainian president, Viktor Yanukovych.  After a deadly attack on protesters, Yanukovych fled to Russia.  Ukraine had again made its choice for freedom, which deeply concerned Vladimir Putin.  Putin’s response to a resounding cry for liberty in Ukraine was to invade Crimea and Eastern Ukraine, resulting in the death and displacement of thousands.

Americans are a free people, who know that freedom is the right of every person and the future of every nation.  The liberty we prize is not America’s gift to the world; it is God’s gift to humanity.
–George W. Bush

The eyes of the world are on Ukraine.  Putin is well trained in the Soviet-style propaganda machine, and today’s social media is fertile ground for Putin’s misinformation. We cannot swallow Putin’s propaganda that his aggression is in any way justified.  This is a pivotal moment in the world – will the post-1989 advance of freedom be reversed?  Ukrainians want and deserve their independence.  Our Constitution states, “We hold these truths to be self-evident, that all men are created equal, that they are endowed by their Creator with certain unalienable Rights, that among these are Life, Liberty and the pursuit of Happiness.”  This statement is true for Americans, for Ukrainians, and for all the people of the world.  Ukraine’s future will ultimately be one of liberty.  Even its relatively short, post-1991 taste of liberty will be enough for Ukrainians to outlast the dismal and corrupt worldview of Vladimir Putin.  What happens in Ukraine matters to all freedom-loving people.  There are many difficult days ahead, and there will be many ways to express support for Ukraine.  As a start, please join me in praying for peace, praying for freedom, and praying for the people of Ukraine.