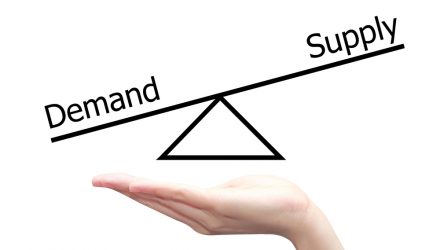 The Law of Supply & Demand

Liquid financial markets are priced on a real-time basis. The price fluctuates based on the feelings, beliefs and the predictions of what investors think the future value will be and how strongly, or emotionally they believe that their predictions will prove to be correct. In other words, markets are driven by the law of supply and demand.

Supply and demand are counter intuitive. The market will do whatever it can to confuse the masses. The recent market events are a testament to that. We saw the market sitting at a new all-time high on February 19th. Three weeks later, it was down over -30%. Then, when people were most pessimistic, it did the unexpected yet again and rallied by 28% in 18 days. Eventually, there was no emotional investor left to sell, and only potential buyers sitting on the sidelines with cash ready to buy.

On Monday, we saw another extreme example of supply and demand. Just one week ago, WTI Crude Oil was around $20/barrel. On Monday, there was a large flood of supply, with virtually no demand. WTI Crude Oil ended the day at -$15.92 (NEGATIVE $15) and had a low point of nearly -$40/barrel. Basically, there is more oil than there are places to store it.  Is oil really -$15.92? Now, if that were the case, and oil was worth -$15.92/barrel, most gas companies would bankrupt. The energy sector was only down -3% today. This is an exaggerated example of another trading anomaly– it’s fake pricing.

A very interesting point made by our good friend and market technician, David Vomund, is that while the S&P 500 and Nasdaq were up 3% and 6% last week, mid-caps and small caps were actually down for the week. David also writes that “the top 50 stocks are the ones pushing the [S&P 500] higher while the remaining 450 stocks are being left behind.”

From the table above, healthcare; consumer staples; and utilities, have seen the majority of their stocks surpass a 50% retracement of the old high.  In last week’s update, these same sectors were some of the ones that experienced the smallest drawdowns when the market was falling. Remember, smaller drawdowns require less of kickback to get back to a breakeven point.

In addition to this, the S&P 500 may now be at a point of resistance (overhead supply).  As of Friday’s close, the market was sitting near the point at where it entered the most recent trading anomaly.  The market just saw a 28% rally in 18 days and many indicators suggest that the run is overextended (meaning went up too much, too fast) and due for a pullback. 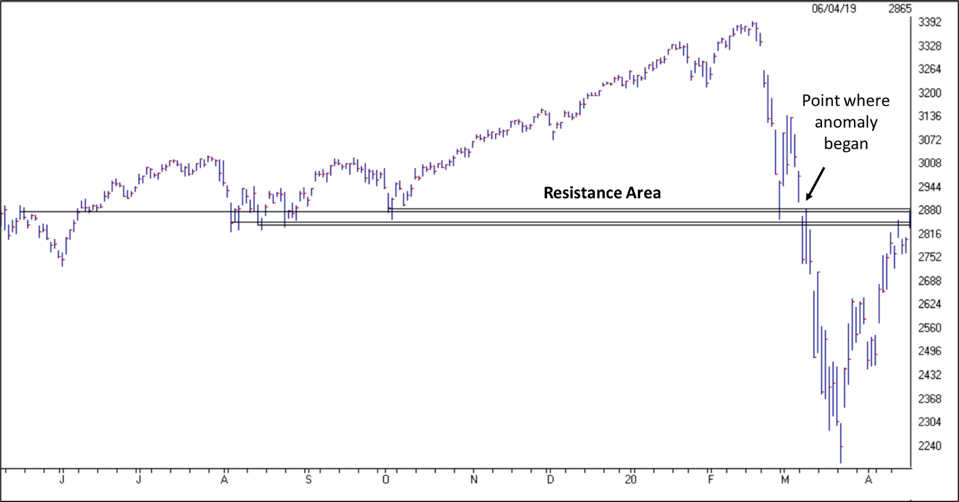 Markets fluctuate based on the law of supply and demand. We saw panic, fear, and emotion drive the markets downward. That same panic and emotion drove the markets back up over a very short period of time. Bottom line, the market may be at over a 55% retracement to the old high, but there is still emotion in the markets. No one knows what will happen with businesses, the economy, or the virus in the next coming months.

All that being said, the Portfolio Thermostat has added a few inverse positions to help stabilize the portfolio should the market pullback here in the near future. We maintain a high benefit of diversification, so it should remain relatively stable regardless of what the market does from here.

For a description of the Benefit of Diversification or an Inverse Fund, please refer to our market update video from last week: