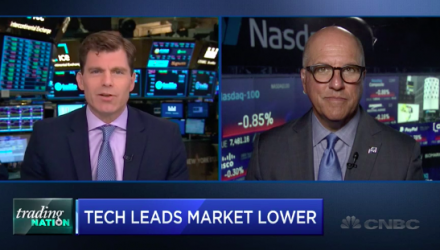 Bernstein appeared on CNBC’s Trading Nation this week where he discussed why he thinks the late economic cycle environment is confusing investors.