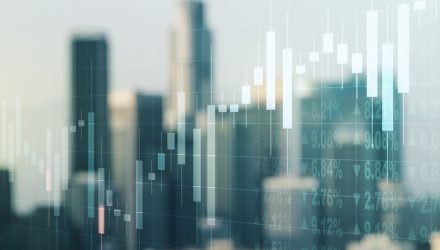 July Provides a Much-Needed Reprieve for Stocks and Bonds

Stocks behaved much better in July with gains across the board. As stocks advanced, volatility dropped to its lowest level since April. While this reprieve in the stock market was welcomed, the broad equity indices are still well below levels from the beginning of the year. We had expected a more volatile and challenging first part of 2022 and a more constructive market in the latter part of the year. One month does not make a trend, but the second half of 2022 has clearly started on much stronger footing than the first half of the year. Concerns still exist about this Fed rate hike cycle and how much that might slow economic growth, even to the point of a potential recession. Inflation also remains elevated and midterm elections loom. However, much of that seems to have already been discounted in stock prices, and as investors look beyond these near-term challenges, opportunities exist. Style and size were consequential in July with growth and small/mid-caps rebounding the strongest compared to large-cap value. Gains were enjoyed across the board, but those areas that had been under the most pressure so far this year enjoyed the best results in July. With very little fanfare, the S&P 500 closed the month +12.6% from its closing low on June 16th.

We still believe that the value/growth disparity that reached a peak in 2020 will likely continue to shift as we move through 2022 with value improving on a relative basis. That has clearly been the case so far this year, but July saw a shift to this trend. However, we believe value will still likely outperform growth on a relative basis over the near future. This better relative performance of value stocks so far this year has coincided with a rise in interest rates, which can put pressure on growth stocks. Likewise, as rates have dropped from their mid-June highs, growth stocks have rebounded. We at Clark Capital continue to use our disciplined approach of seeking out what we believe to be high quality companies with improving business conditions at what we believe are good prices, which those companies can be found in both the value and growth universe.

International stocks were mixed in July and clearly lagged U.S. markets. The MSCI ACWI ex USA Index, a broad measure of international equities, rose 3.42% for the month, and was off -15.63% year to date. The MSCI Emerging Markets Index actually slid modestly lower in July, down -0.25% and was off by -17.83% year to date. As would be expected with the Russian invasion of Ukraine, emerging Eastern European stocks have been the worst regional area this year

The yield on the 10-year U.S. Treasury continued to move lower in July after hitting a multi-year closing high of 3.49% on June 14th. The market focus seems to be shifting toward recession fears compared to inflation worries. As a result, bond yields further out on the yield curve have declined, but short-term rates, due to the ongoing Fed tightening cycle, have moved higher. The yield curve has been flattening over the last several weeks, a more typical outcome one would expect during a Fed tightening cycle. Overall, the 10-year U.S. Treasury ended June at 2.98% and dropped to 2.67% by the close of July. It is worth remembering that the 10-year yield ended 2021 at 1.52%, so this year has seen rates move significantly higher. Although bonds have been under pressure so far this year, the last several weeks have been better for bond results as rates have turned lower.

Clearly, bonds have struggled this year as there has been a repricing of interest rates across the yield curve and most bond sectors. Recall that in 2021, the Bloomberg U.S. Aggregate Bond Index recorded only its fourth annual decline since its inception in 1976 – and the worst year on record for the Agg was 1994 when it declined -2.92%. As it turns out, the year 1994 was another period when the Fed was in a rate hike cycle. We maintain our long-standing position favoring credit versus pure rate exposure in this interest rate environment. We also believe that the role bonds play in a portfolio, to provide stable cash flows and to help offset the volatility of stocks in the long run, has not changed.

The strength in job market data continued in June and gains slowed only modestly from May. Non-farm payroll additions were 372,000, well ahead of expectations of 265,000, but a slight drop from the 384,000 jobs added in May. The unemployment rate held steady at 3.6% in June as expected. The labor force participation rate dropped to 62.2%, which was lower than expectations of 62.4% and the prior month level of 62.3%. There were more than 11.25 million open jobs reported in May, which was ahead of estimates of 11.0 million, but lower than the prior month’s revised mark of just under 11.7 million. There are still millions more jobs available than those searching for work, so this mismatch in the labor market continues. Job gains continue to be made following strong growth in the first quarter, but some moderation has occurred. Typically, one tends to see the unemployment rate start to rise heading into a recession, but at this point in the cycle, employers are still looking for workers to fill open roles and the unemployment rate has held rather constant. Ultimately, the job market is important to track with about 70% of U.S. economic activity driven by consumer spending.

The rise in mortgage rates continued to take some of the steam out of the housing market, however mortgage rates did moderate through the month with the general drop in interest rates in July. We are still in a position where strong demand and low inventories have resulted in home prices that continue to rise dramatically. Based on the year-over-year reading of the S&P CoreLogic CS 20-City Index, home prices surged more than 20% again, rising by 20.5% on a year-over-year basis in May. This was just below the torrid year-over-year pace of 21.22% in April. Building permits surpassed expectations in June, while housing starts fell short of estimates. Both readings were lower than May’s levels. Existing home sales and new home sales were both below expectations in June and lower than May’s levels as well. It seems unlikely that home prices can continue to surge higher with higher mortgage rates in 2022, but we have not seen any real slowing in pricing at this point. The housing market has been, and continues to be, a source of strength in the economy and has historically been a good leading indicator as well. However, the impact of higher mortgage rates is having a dampening effect on housing and ultimately home price gains will likely slow.

The ISM Manufacturing Index declined in June after improving in May. The reading came in at 53.0, lower than expectations of 54.5 and the prior month’s mark of 56.1. The New Orders and Employment components recorded readings below 50 – the second month in a row for Employment at a below 50 level (the reading for July dropped to 52.8, which was better than expected, but the lowest reading for this index since June 2020). The ISM Non-Manufacturing Index, which covers the much larger service industries in the U.S. economy, was ahead of expectations (55.3 vs. 54.0), but it was a drop from May’s mark of 55.9. Manufacturing and service industries are still showing growth, but following the recent trend, moderation in the pace of growth has occurred. Recall that ISM readings above 50 indicate expansion and below 50 signal contraction, so these current headline readings remain in growth territory.

Retail sales (ex. auto and gas) rose by 0.7% in June, well above expectations of 0.1%. However, May’s reading was revised lower to a -0.1% drop from a previously reported 0.1% gain. It is important to note that higher prices, meaning inflation, can be a significant factor for this reading as the retail sales data is not inflation adjusted. Consumer confidence, based on the preliminary University of Michigan Sentiment reading for July, improved modestly from the 50.0 mark in June – the worst reading since the inception of this index. It came in at 51.1 with expectations at 50.0 as well. Ongoing concerns about inflation, worry about a recession and the continuing conflict in Ukraine likely all continued to weigh on consumer sentiment.

The Conference Board’s Leading Index declined by -0.8% in June. This was worse than expectations and the prior month’s mark, which were both -0.6%. The advance reading of Q2 2022 GDP showed an annualized decline of -0.9%, below expectations of a modest gain of 0.4%. This reading will be revised two more times in the months ahead, but it is important to note that despite this being the second consecutive quarter when GDP has dropped, that does not define a recession. The personal consumption component of GDP rose, but at a modest 1.0% annualized rate, reflecting less spending by consumers. We at Clark Capital understand that GDP growth will not be as strong in 2022 compared to 2021, but we are still anticipating positive growth for all of 2022.

Inflation remained problematic for the Fed in July. With the Fed focused on containing inflation and inflation expectations, the Fed raised rates at the July FOMC meeting by another 0.75%, matching the rate hike from June. So, over the course of the last four months, the Fed has raised rates by 225 basis points – very aggressive tightening indeed. Inflation has surged to generational highs and the headline Consumer Price Index (CPI) rose more than expected in June (which was announced in July) by 9.1% on a year-over-year basis – another recent new high and at a level last seen about four decades ago. On a core basis, (excluding food and energy prices) the 5.9% year-over-year increase in June was a modest improvement from the 6.0% level in May. Not a surprise, but both CPI readings topped expectations. The headline Producer Price Index (PPI) reflected another double-digit annual gain by rising 11.3% in June, surpassing expectations of 10.7% and the May revised mark of 10.9%. Inflation will likely remain elevated through 2022, but we anticipate it will moderate as the year progresses. The Fed has signaled to the market that inflation is its focus, and it does not want higher inflation expectations to become rooted in our economy. Along those lines, we have seen forward inflation expectations roll over in recent months.

Clearly, the shift in Fed policy from a stimulatory environment to more restrictive monetary conditions is having an impact on the economy. We acknowledge that the last two GDP readings have been negative, but the U.S. economy shows some areas of ongoing growth as well, albeit at a more modest pace. The job market has been an area of strength and it is a critical component of our overall economy. The Fed is focused on bringing inflation under control, but its primary tool in achieving that goal is raising interest rates, which is a headwind to economic activity. As we are transitioning away from the stimulus-fueled economy, more market volatility has also been a result. Markets are resetting valuations based on higher interest rates and corporate earnings expectations. While earnings might slow, general earnings data out of corporate America has remained rather resilient and companies are generally still hiring. We continue to expect the economy to grow this year. We believe it is imperative for investors to stay focused on their long-term goals and not let short-term swings in the market derail them from their longer-term objectives.

As the market staged a recovery rally, our tactical models shifted to a risk-on bias across fixed income and equities. Along with the market bottom, leadership shifted, with value losing relative strength and growth leading the market higher in July. As a result, the Style Opportunity portfolio added significant growth exposure.

Across our equity portfolios, we continue to focus on owning companies with strong business momentum despite high inflation and tight labor market conditions.

In fixed income, investment grade corporates and municipal bonds had their best month of the year as yields fell and the market took comments from Fed Chair Powell as dovish.