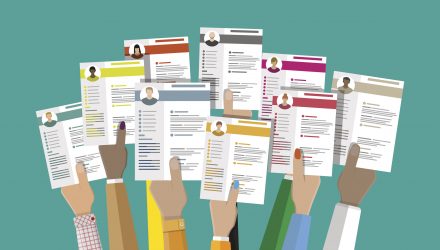 JOLTS of Optimism from the Employment Landscape

October brings with it the beauty of fall to most of America. It may also be the best time of year to visit the San Francisco Bay Area, where Main Management is based. However, with today being Halloween, it seems this October has spooked a number of equity market investors. While this month has historically not been a good one for stocks, there is concern that the long bull market run may be petering out. However, the job market suggests that there may be further room to go.

In the most recent data from the Bureau of Labor Statistics, the August Job Openings and Labor Turnover Survey (JOLTS) report was very much a continuation of what we’ve seen over the past few months. The number of job openings continued higher, to the most ever at 7.136 million, while the number of people hired did the same, climbing to 5.784 million. The JOLTS release also showed that the number of job openings was once again greater than the number of unemployed persons. This has been the case for the past 6 months and has never happened before. 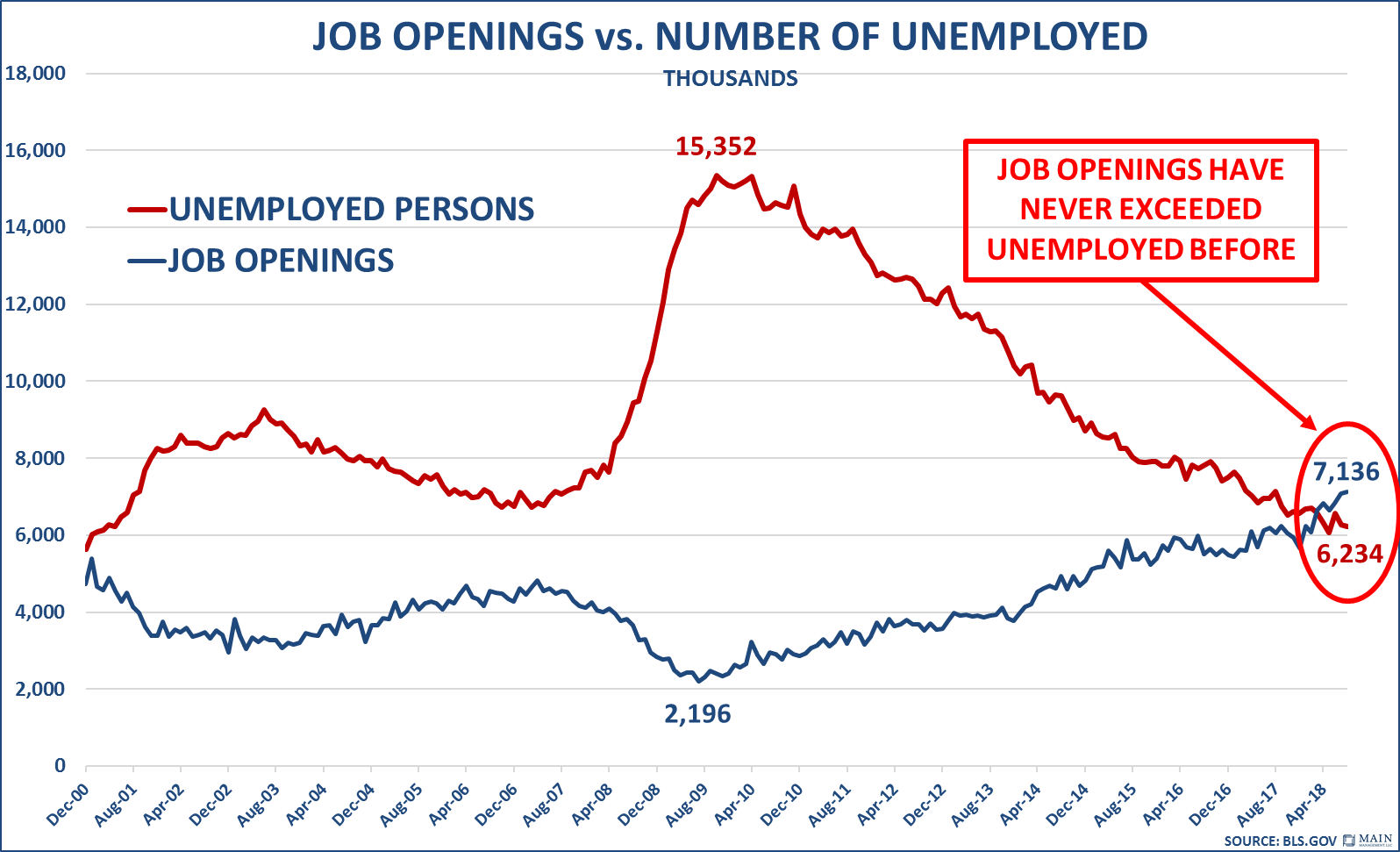 The Job Openings vs. Unemployed chart above basically means that there are more jobs available than there are unemployed people to fill them.  Part of this may due to a skill set mismatch, meaning that this anomaly may partially be explained by the fact that there aren’t enough people with the right training for a given job. Nonetheless it is staggering that the ratio of unemployed persons per job opening fell to 0.87 in August. This reading is the lowest on record, driven by a month in which openings increased while the number of unemployed persons decreased.

Turning to a different set of inputs, following the end of the quarter, job cut announcements rose 15.3% from the second quarter of 2018 to 120,879. However, this remains well below the long-term median of 179,580, indicating that firms are still hanging on to their workers.