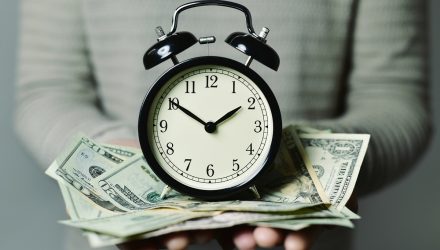 Is Now the Time to Extend Duration?

Cash and ultra-short fixed income investors continue to enjoy the fruits of nine Fed rate hikes. Yields on cash hover around 3% with relatively low interest rate sensitivity. However, with the Fed done raising rates, core yields now 60 basis points lower than six months ago, and the economy in the later part of the cycle, bond investors who tactically shifted to cash and ultra-short allocations should start to think about whether or when to extend out the curve. The decision to extend duration to a short or intermediate duration strategy depends largely on an investor’s expectation for the yield curve.

What is curve telling us and where does it go from here?

The yield curve has flattened to near zero, as it typically does during a Fed tightening cycle, usually as a precursor to an inversion and a recession. With the Fed signaling no further hikes and the U.S. still experiencing decent grow, curve inversion in the near-term appears unlikely. In fact, markets are now pricing in a probability, albeit low, of an interest rate cut as early as the end of 2019. Where we go from here requires an outlook call on growth and inflation. Below we outline our outlook in three scenarios, including their likely impacts on the curve.

Base Case and Recession Expectations

Our base case is for low, but stable growth in the U.S.; a modest uptick in inflation, which keeps the curve flat; and a modest steepening bias possible. We see the greater risk of this backdrop eventually transitioning to weakness, rather than above trend growth, and expect the next directional move in the curve to be a steepening bias as the Fed cuts rates. This part of the scenario looks further down the road, as the curve and data suggest near-term recession odds remain low. While portions of the curve briefly inverted in March, it didn’t last more than a couple days and regardless, the lag time between curve inversion and recession or even market peaks are typically several quarters. Recent data trends in the U.S. have been improving, which has been putting more slope back in the curve, but not so strong as to put the Fed hikes back on the table and cause a flattening/inversion trend to resume. 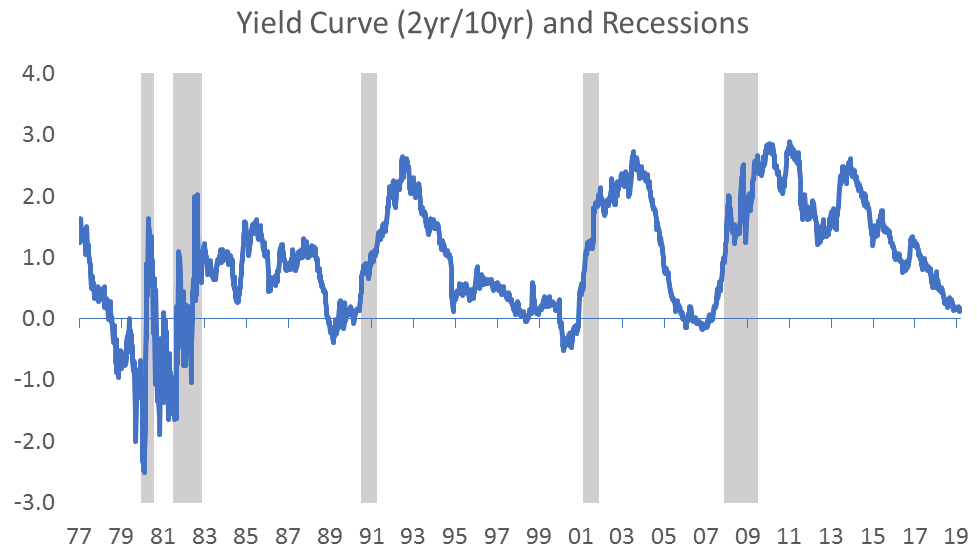 Given our outlook, the idea of at least beginning to consider a strategy extension makes sense given the higher probability of a flat-to-modest steepening environment and a more limited chance of near-term inversion or meaningfully higher long rates. We also looked at past curve environments to understand return differences historically when moving out in duration. We used the last four curve inversions referenced in the table below as a basis.

For each period, we calculated returns across cash, short gov/credit, and intermediate gov/credit across three periods:

The results illustrated below also support the idea that cash makes sense in periods when the yield curve is flattening during a tightening cycle, but that post-cycle it has made sense to move out on the curve.

Given our current outlook, likely curve scenarios, and historical returns data, cash and ultra-short strategies still makes sense, but investors should start considering at least a push out to short strategies. Further, as the curve continues to steepen near-term, the risk/reward will become increasingly favorable for extending to an intermediate duration strategy.