Investing for December 31, 2029 —The End of Globalization

Globalization has historically acted like an expanding and contracting accordion, and our long-standing hypothesis has been that the accordion is contracting. Politics both inside and outside the United States have been supporting our contention. Trade barriers, the fraying of alliances, populist governments, and even military tensions are all on the rise.

Chart 1 shows the Baker, Bloom, and Davis Economic Policy Uncertainty Index for Trade. There have been two periods of extreme trade policy uncertainty. The initial period of the early-1990s was the beginning of the modern period of globalization. NAFTA was implemented and there was significant uncertainty regarding the implications of increased global trade and flexible supply chains. Today’s unprecedented uncertainty (nearly twice the uncertainty associated with NAFTA) is clearly associated with the repercussions of the reversal of free trade. 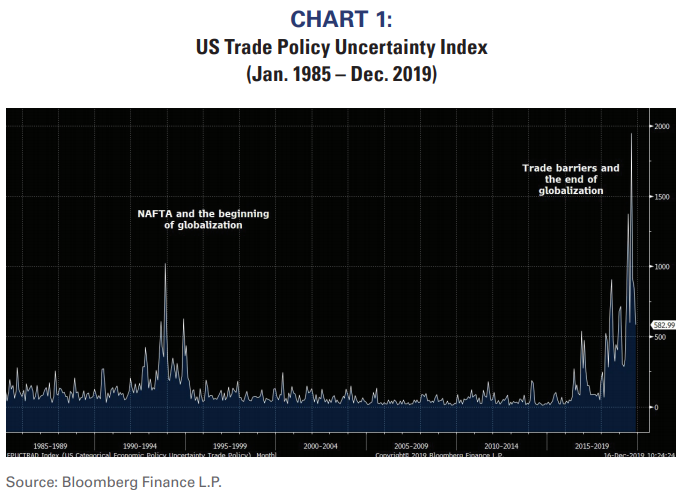 Chart 2 shows the US trade balance. NAFTA certainly contributed to the deterioration of the US trade balance, but that was expected because of the opening of freer trade with more productive economies. Since 2008 (potentially the true end of globalization), there has been a noticeable change in the trade balance’s trend.

The balance may have deteriorated during the past two years, but the longer-term downtrend appears to be broken. 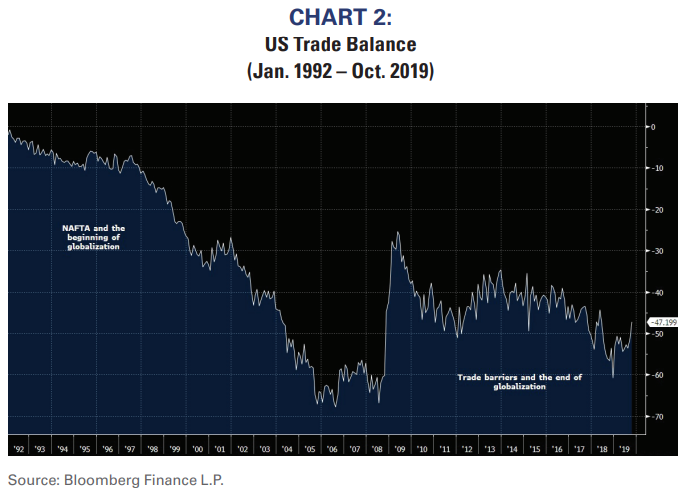 Some might consider our thoughts about the end of globalization as extremely bearish, but we view them simply as highlighting a potentially potent secular change in the global economy that could present significant long-term investment opportunities.

We are aware these themes may run counter to today’s consensus.

Market leadership will naturally shift if the global economy changes, but investors tend to be slow to acknowledge these changes and prefer to follow past momentum. Accordingly, here are several secular investment themes one should put in a portfolio time capsule to be opened on December 31, 2029:

For the first time in the past 30-40 years, both US monetary and fiscal policies are explicitly pro-inflation, yet investors continue to largely shun asset classes that benefit from higher inflation despite this noticeable policy change. Few investors seem to be considering the combination of the upward inflation pressures of reduced globalization and the US’s current pro-inflation policies.

Economic theory suggests that globalization allows production to shift to the most productive regions, and that improvement in productivity increases competition which puts downward pressure on prices. In fact, globalization and global competitive pricing was one of the primary reasons US inflation was secularly lower than many forecasted. Chart 3 shows globalization’s downward pressure on US prices because core import price increases were consistently below the US Core CPI. In other words, the US has been “importing deflation.” The end of globalization implies less competition, production shifting to less productive regions, and upward, rather than downward, pressure on prices. 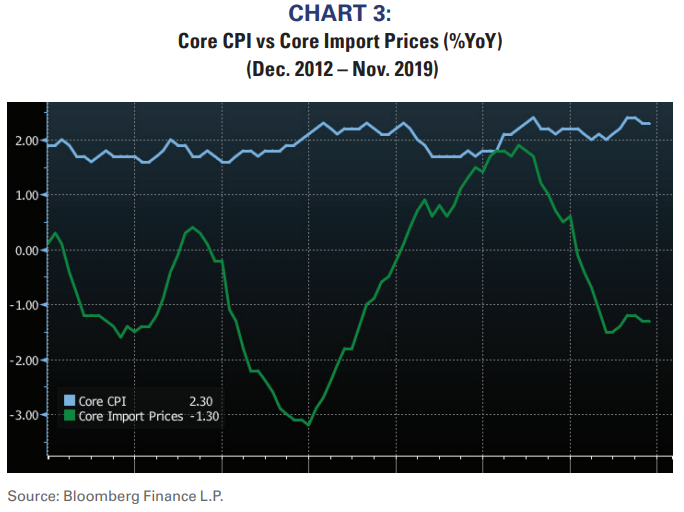 Chart 4 highlights that US productivity (measured by the OECD as GDP per hour worked) is not competitively strong. This further suggests a shift of production from more competitive economies to the US could result in higher inflation. The US simply does not have a modern enough and competitive enough public and private infrastructure to support a broad production increase without prices also increasing. 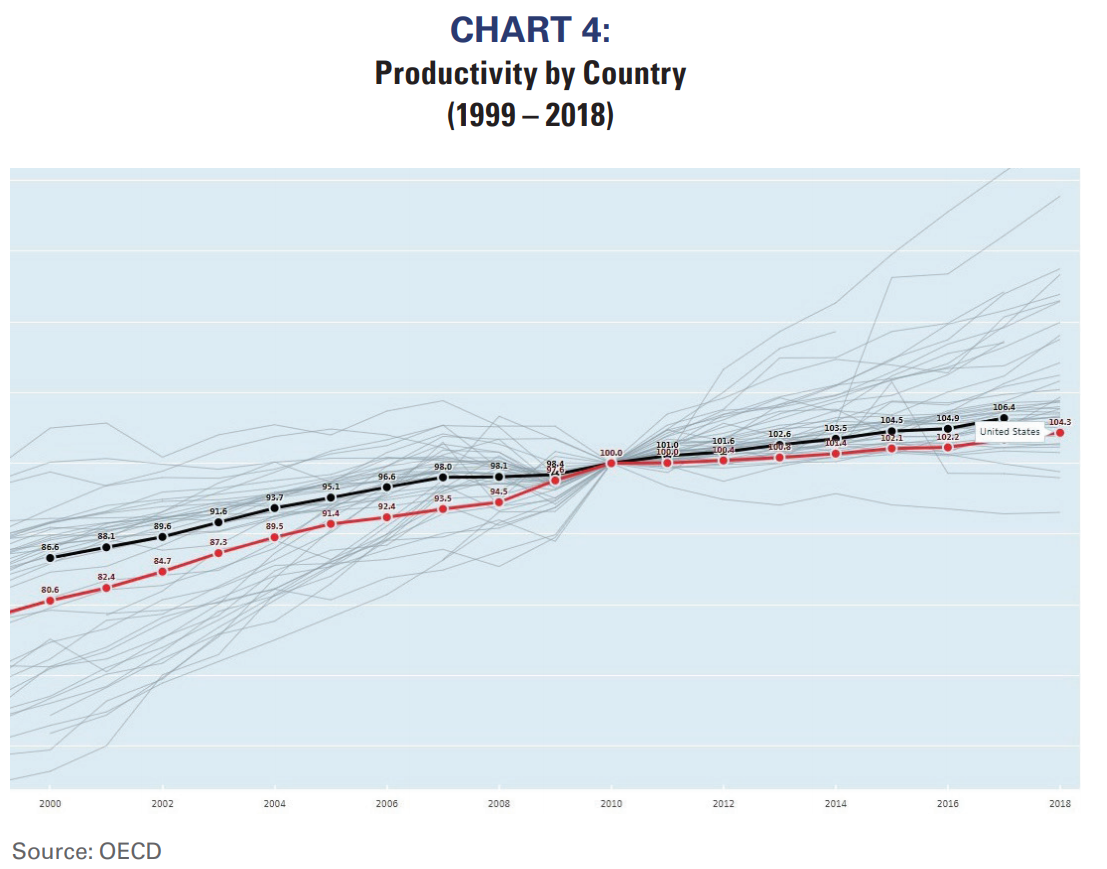 There are also shorter-term inflation pressures that investors are largely ignoring:

1) Current monetary policy is pro-inflation: The Fed has a dual mandate of low unemployment and stable prices, and the Fed just lowered rates three times. The Fed can’t be worried about employment because it is a mere 3.5%, which is a multi-decade low. Thus, the only justification for easing policy is to support higher prices. In fact, there has recently been some discussion within the Fed system regarding raising the Fed’s inflation target from 2.0% to 2.5%. We can never remember the US central bank ever suggesting a goal of higher baseline inflation.

2) Fiscal policy is pro-inflation: One must remember that tariffs, by definition, are always inflationary. The goal of a tariff is to raise the prices of imports so that domestic companies can compete on level ground. Raising prices on a broad scale is called inflation.