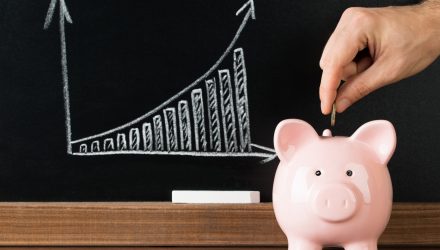 The S&P 500 and Dow Jones Industrial Average indices each posted new all-time highs in September as large-cap stocks stood out during the month with the S&P 500 advancing 0.57%, and the Dow Jones Industrial Average rising by 1.97%. Although small-cap stocks continued to show strength on a year-to-date basis, the Russell 2000 Index struggled in September and turned in negative results (-2.41%). Large-cap stocks showed the best returns in September, but all major U.S. equity indices turned in positive gains for the third quarter of 2018. The Russell 3000 Index posted modestly higher returns during the month, increasing by 0.17%.

Style played less of a role on results in September. Large-cap growth stocks, as measured by the Russell 1000 Growth Index, advanced 0.56% in September, while large-cap value stocks, as measured by the Russell 1000 Value Index, inched higher by 0.20%. Mid and small cap stocks from both a growth and value perspective declined in September, which seemed to be a month where market capitalization mattered more than style. However, through three quarters of 2018, growth has still been the clear leader from a style perspective.

Trade and tariff concerns continued to be front and center throughout the month, but developments seemed to be better than they could have been, and markets largely shrugged off those concerns. In the late hours of September 30th, Canada and the U.S. were able to agree on a deal that, along with Mexico, will replace NAFTA. The late-month trade agreement, which has initially been termed the United States-Mexico-Canada Agreement (USMCA), sent equity markets rallying on the first trading day of October. The U.S. dollar finally moved off its high from mid-August. Although the dollar drifted lower for much of September, a late-month bounce erased most of that weakness.

The yield on the 10-year U.S. Treasury rose 19 basis points during the month from about 2.86% to around 3.05%. As would be expected during a month when rates rose, most fixed income sectors declined in September. The one notable exception continued to be high-yield bonds, which enjoyed gains for the month and added to already positive year-to-date returns. The Bloomberg Barclays U.S. Aggregate Bond Index and the Bloomberg Barclays U.S. Credit Index fell -0.64% and -0.34%, respectively. These two indices remained in negative territory through the first three quarters of 2018. Interest-rate sensitive U.S. Treasuries dropped in September with longer-dated U.S. Treasuries having some of the largest monthly and year-to-date declines in fixed income. Muni bonds and TIPS also dropped in September.

The Bloomberg Barclays U.S. Aggregate Corporate High Yield Index advanced 0.56% in September, 2.4% for the third quarter, and 2.57% on a year-to-date basis. High yield bonds have been the best performing fixed income asset class in 2018 as investors continue to be rewarded for taking on credit exposure during this ongoing economic expansion.

Economic data released in September remained solid and the U.S. economy continues to look poised for ongoing growth. The latest reading for the ISM manufacturing index in August recorded a strong increase to 61.3, well above expectations of 57.6 and the prior month’s mark of 58.1. The ISM non-manufacturing index, which represents the much larger service industries in the U.S. economy, also exceeded expectations, rising to 58.5. ISM readings above 50 indicate economic expansion.