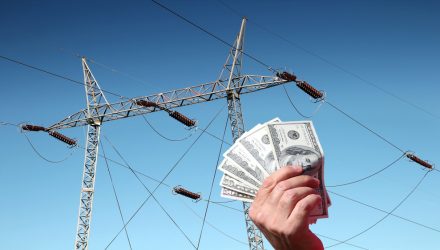 The Infrastructure Investment and Jobs Act passed with a 69 to 30 vote in the Senate and is on its way for approval in the House of Representatives. The roughly $1 trillion bill will add $550 billion in new infrastructure spending over five years. This is a great win for America’s deteriorating roads and power grids; however, we do not expect it to have much of an impact on the economy in the near-term. Most importantly, this legislation is not expected to be a fall back for expiring stimulus programs or tapering asset purchases by the U.S. Federal Reserve.

The Infrastructure Investment and Jobs Act constitutes some of the largest investments ever in public transit, rail, clean water, and clean energy. Over the remainder of the decade, the bill will direct money to various segments and is expected to lead to 2 million new jobs per year. Additionally, the bill will provide $110 billion in funding to roads, bridges, and other major projects. As noted below, this bill is heavily geared towards real infrastructure spending as opposed to previous iterations that included social programs among other additions.

While this amount of spending is obviously significant, we do not expect this to act as a substitute for pandemic stimulus programs set to expire nor will it save the economy from any unintended consequences surrounding a U.S. Federal Reserve taper. For instance, the American Rescue Plan Act of 2021, also called the COVID-19 Stimulus Package, was passed in March and allocated more than $1.9 trillion for economic recovery during the pandemic and recession including approximately $400 billion in direct payments over the course of 2021. The timeline for the infrastructure bill’s spending is spread out over the rest of the decade and it will take some time before any impact is evident within our economy. With the current roll out plan, we would expect to see GDP estimates barely impacted.

Looking at forecasts for potential GDP, an additional $550 billion in spending added by the bill divided out over the remainder of the decade is likely to have minimal impact on GDP. The increased use of deficit financing in the bill passed by the Senate even further offsets gains from infrastructure spending. It is now possible that there is no real increase to GDP from the legislation.

As a comparison, the American Rescue Plan Act is expected to add nearly 4% to 2021 real GDP and a further 2% to 2022 real GDP by some estimates. Though the infrastructure bill will likely have a minimal impact on the broad economy in the near-term, certain segments of the economy will benefit more than others as is generally the case with targeted legislation.

While the increased spending on infrastructure will not be a fallback for the economy as it is weaned off pandemic era stimuli, the longer-term benefits from jobs creation and the potential for increased productivity resulting from improvements in various areas of U.S. infrastructure are likely to be more the narrative. Given the details and expected time frame, the passing of this infrastructure bill in the House would not change our current outlook or portfolio positioning.