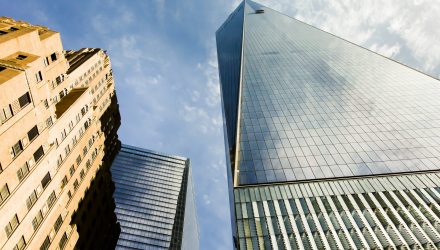 In a World of Slowing Economic Growth the U.S. Stands Tall

As we have been discussing for the last few months, the pace of global economic growth has slipped and is likely to continue that slower growth trend. For example, U.S. manufacturing surveys have fallen 3.45% over the last three months.

Additionally, U.S. services surveys (non-manufacturing), which represent the bulk of our economy, have fallen 1.51% over the same period. European economic growth has slowed even more sharply as analysts are now forecasting a meager 0.5% second quarter 2018 GDP growth rate. With European business surveys declining at the same time as the political uncertainty in countries like Italy has increased, our outlook for the euro zone has diminished. 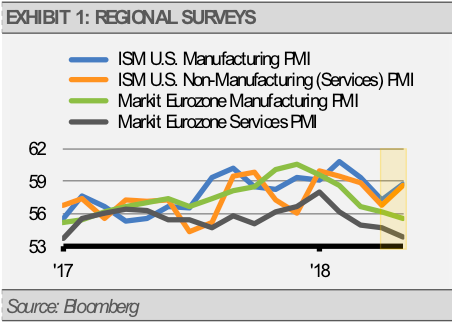 Importantly, though the U.S. surveys referenced above have fallen, U.S. leading economic indicators still point to some of the best economic growth potential in the world. 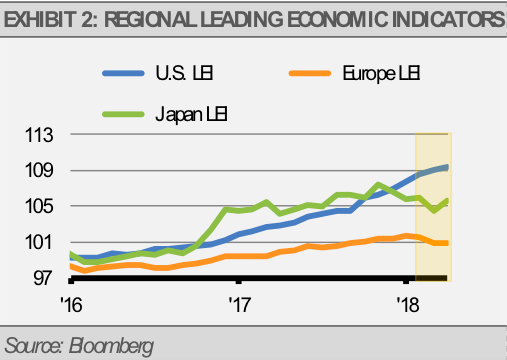 Though we may see monthly jobs creation in the U.S. slip from its recent strength, the labor market still looks rather solid. For example, we have seen a spike in the number of open jobs according to the Labor Department’s Job Openings and Labor Turnover Survey report. Meanwhile, weekly jobless claims are at their lowest levels in 45 years. This suggests to us that employers continue to see strong demand for workers and will continue to do so. 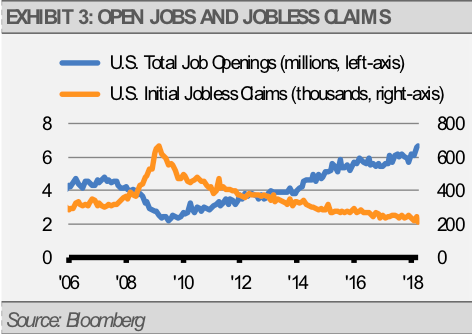