Every instance of financial speculation today is termed a “bubble”, but true financial bubbles are rarer than most investors believe.

Certainly, bubbles include speculation, but the difference between bubbles and mere speculative periods is that bubbles go beyond the financial markets and pervade society.

As we’ve highlighted in past Insights, there are five defining characteristics beyond speculation that are common to historical financial bubbles:1

These characteristics seem to be spreading in several markets these days. The technology sector, venture capital, private equity, and distressed debt all show several of these characteristics. Their performance comparisons to other markets are getting extreme and, as in most bubbles, investors’ enthusiasm for the asset classes is growing as those performance disparities get wider. Bubbles tend to significantly hurt the performance of contrarian investors, and this cycle has fit that pattern.

We thought it worthwhile to highlight some of these significant disparities.

Many observers have pointed out that the US corporate sector’s leverage ratios have increased significantly. Chart 1 shows that public company leverage has indeed increased but does not look dire relative to history. Individual sectors have increased leverage (i.e., Consumer Staples, Health Care, and Technology), but public equity leverage ratios in general still look conservative relative to history. One should have expected leverage ratios to increase as interest rates fell because companies simply refinanced and expanded debt levels while keeping interest payments at similar levels. 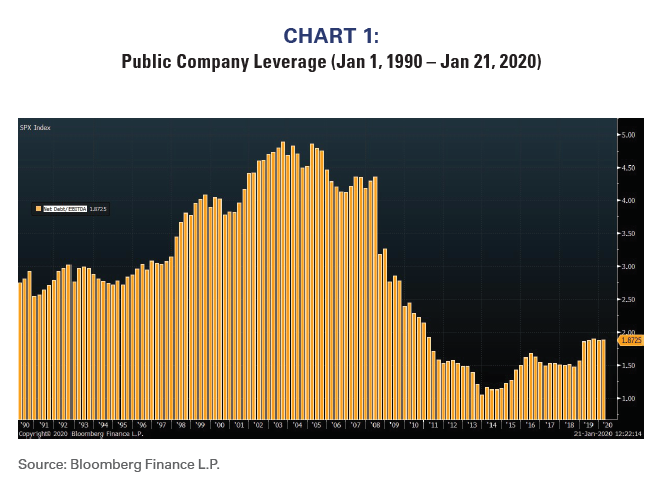 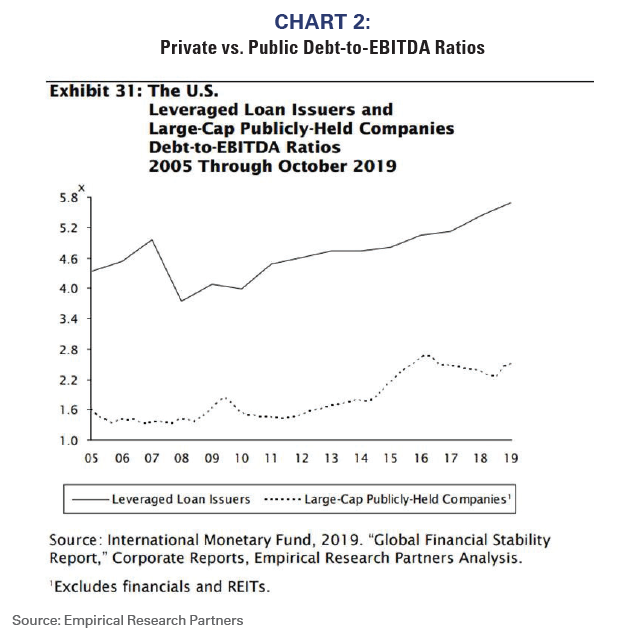 The days of a stern Chair of the Federal Reserve are long gone. The late Paul Volkers’ strict monetary policies have been followed by a series of Fed Chairman who have fostered increasingly expansive monetary policies and haven’t understood or cared that loose monetary policy causes inflation if not in real assets, then in financial assets. Since the early-1990s, real asset inflation has been largely constrained by globalization, so the Fed’s ongoing free-flowing liquidity created a series of financial asset bubbles.

The Fed has a dual mandate of low unemployment and stable prices. The Fed cut interest rates three times during 2019 and began to once again expand its balance sheet despite that the economy was healthy and despite that the unemployment rate was at a 50-year low (See Chart 3). That implies the Fed believed that deflation was a risk and wanted more inflation. Unfortunately, they failed to yet again recognize that loose monetary policy can cause inflation in financial assets.

The result of the recent lowering of rates and expansion of the Fed’s balance sheet has been a bubble in the making. Since the Fed cut rates last July, just one segment of the Technology sector has significantly outperformed the overall market (See Chart 4). 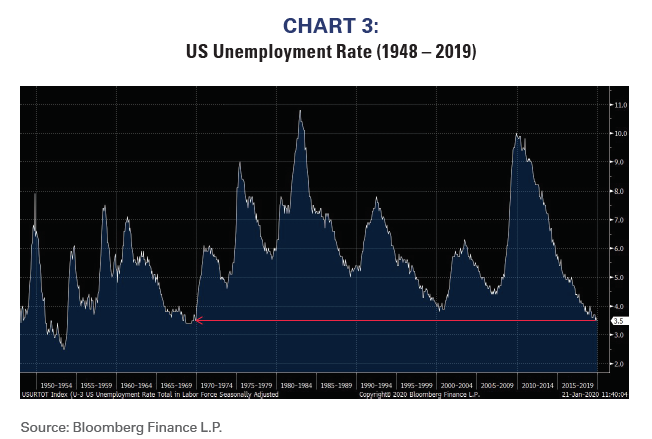 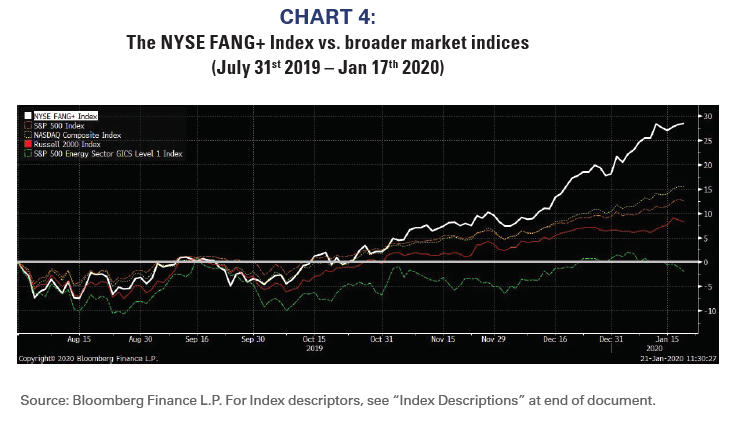 Democratization of the market

Bubbles pervade society. Therefore, perhaps the most defining aspect of a bubble is the democratization of the market, i.e., everyone should get to play. The birth of the online day-trader during the tech bubble and people

to invest in private markets. First, this seems to totally ignore the history of individuals’ unfortunate experiences with private markets and why today they do not have access. Second, it seems to ignore the vast amounts of “dry powder” or funds that have been raised for private equity and venture investing that have yet to be called (over $2 trillion by some reports).

Individuals are being offered entry at a very late stage. Third, it also ignores that recent flows to private equity and venture have eclipsed the historic flows into public equity mutual funds during the technology bubble. Fourth, and perhaps most important, it reflects the standard refrain during bubbles that everyone should get to play and denying individual investors access to a market hinders their wealth creation.

Although the IPO market may have recently fizzled, the combination of unbridled creation of new private and venture funds and the overall plentiful availability of speculative capital should warrant caution.

Bubbles divert capital away from productive use, and there are many current examples of such ill-advised allocations. Investors’ long-term returns are always higher when capital is scarce, and bubbles create scarcities in non-bubble industries or sectors. Our now famous (infamous?) report from March 2000 “Attention Venture Capitalists: Leave Silicon Valley for West Texas” reflected how the energy sector was starved for capital and that returns on capital were likely to be higher in the energy sector than in the bubble-financed technology sector.

For example, today there are companies with lofty valuations that: 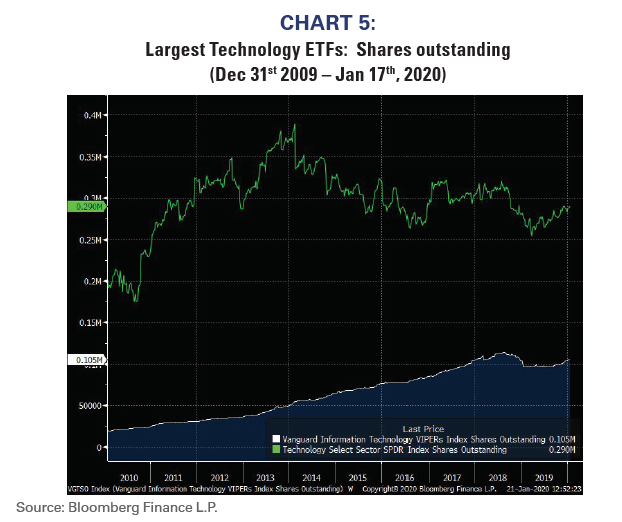 Many, if not all, of the characteristics of a financial bubble seem evident in some technology or “disruptor” shares, private equity, and venture capital. One can never predict when a bubble might deflate. However, it seems relatively clear to us that investors should not be adding positions in such frothy sectors.

Indexes are not available for direct investment.

NYSE FANG+: The NYSE FANG+ Index is an equal-dollar weighted index designed to represent a segment of the technology and consumer discretionary sectors consisting of highly-traded growth stocks of technology and tech-enabled companies such as Facebook, Apple, Amazon, Netflix, and Alphabet’s Google.

S&P 500®: The S&P 500® Index is an unmanaged, capitalization- weighted index designed to measure the performance of the broad US market. The index includes 500 leading companies covering approximately 80% of available market capitalization.

Sector/Industries: Sector/industry references in this report are in accordance with the Global Industry Classification Standard (GICS®) developed by MSCI Barra and Standard & Poor’s.