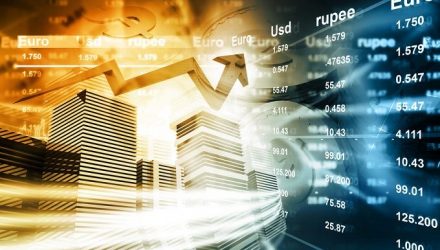 How to Build Your Own Smart Beta Portfolio Using Sector ETFs

If you have been listening to what advisors and portfolio managers have been talking about for the last couple of years you have probably heard about “smart beta”. What is it?

In its simplest form, smart beta (or Alternative Beta) is anything that isn’t a capitalization weighted index strategy. The reason it is “smart” is because it seeks to avoid common drawbacks of a pure index strategy. The reason it is called “beta” (as opposed to alpha) is because it doesn’t involve stock-picking. Beta is, according to capital markets theory, the return of the whole market as opposed to individual stocks. Alpha is the added return on top of the broad market return that a skilled manager can add by picking the right stocks.

Using the S&P500 Index as an example of a benchmark, how is a smart beta strategy different from a pure index strategy?

Seen from a smart beta perspective, the biggest problem with the S&P500 Index is that it is a capitalization-weighted index. A basic smart beta strategy would seek to avoid weighing individual names in an equity portfolio based on market capitalization only, since it gives the highest weight to the stocks that have performed the best recently and, conversely, under-weights the worst performing stocks. While this may not be a problem in the short term, the momentum of the best performing stocks will eventually peter out and give way to mean-reversion which will favor the laggards. In fact, history has shown that even a simple equal weighting strategy outperforms a market cap-weighted one over time. As illustrated in the chart below, the Equal Weighted S&P500 Index outperformed the regular Capitalization Weighted S&P500 Index by 35 basis points annually for the 5 year period through July 2016.

Think about it this way: a cap-weighted strategy implicitly states that companies with higher market caps have a higher expected return than those with lower market caps. Why would you otherwise overweight the higher market cap stocks? Unless we are stock-pickers, a better starting point is to understand that market cap isn’t likely to be a driver of future performance over a long time horizon. So for example, a basic smart beta strategy focused on the S&P 500 Index universe would look for alternative ways of constructing a portfolio without having to express views on individual stocks. While having exposure to all 500 stocks that comprise the Index,  it would be weighted in some other way to reflect the belief that larger-cap stocks will not necessarily outperform  the other, lower-weighted stocks of the Index.

Smart beta strategies can in essence be reduced to factor-tilting , which means over-emphasizing certain attributes of the portfolio as a whole, such as size (small cap stocks do better over time) or value (low price to book value does better over time). Regarding value, the Price/Earnings ratio of the top 20 stocks by market capitalization in the S&P 500 Index is 35, versus the market as a whole at 20 times trailing 12 month earnings. This means that a portfolio underweight (relative to the Index) in these top names would have a value tilt, or, said differently, more exposure to value as a return factor.