You are at:Home»ETF Strategist Channel»How Damaging Might the Trade Dispute with China Prove to Be? 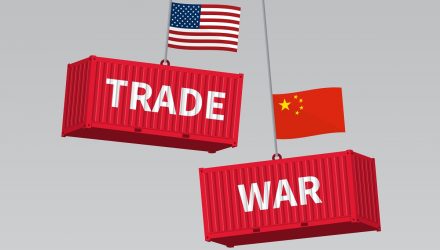 How Damaging Might the Trade Dispute with China Prove to Be?

The trade war with China has now intensified. Late last week, China reneged on some of the terms on the deal. They might have believed that Trump was desperate to do a deal, but instead their action resulted in Trump ratcheting up the pressure by upping the tariffs to the maximum extent possible. In our mind, the Chinese made a major gaffe as they badly miscalculated the Trump position. Some comments on the current state of play follow.

What we believe should be monitored in this spat –

We believe a trade deal will ultimately get done, but it will take more time than we, or the market, had previously believed. As we mentioned above, we suspect the Ministerial level of conversations will continue, but they will no doubt reflect President Trump’s and President Xi’s views and directives. There are two possible chances for the principals to meet and have direct conversations to move the ball forward. President Trump will meet from May 25 to May 28 in Japan with Prime Minister Abe and the new Emperor, so a face-to-face meeting with President Xi could be tacked on to that meeting. We suspect, however, that is too early a time frame to expect any concrete results. The second chance will come in June 28-29 with the G-20 Summit in Osaka, Japan. Both Presidents are expected to attend. Interestingly, efforts to reform the World Trade Organization are on the proposed schedule. We originally expected a deal could have been announced then, but now perhaps the best expectation is that a meeting at that time could finalize a deal (40% probability) or more likely, put the deal back on track (60% probability). Stay tuned!