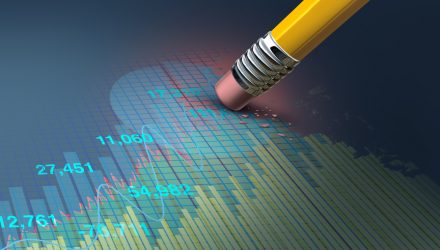 GLOBALT Spotlight: The Next Correction

Is the market on edge? Monday, July 19, the S&P 500 went down -1.6% and to hear the talk, you would have thought the bottom had fallen out. The next day, one strategist used the word “carnage,” and a morning radio talk show suggested we shouldn’t overreact to the correction.

Sure, it was the biggest one-day down move in several months, but still. Not even remotely out of the ordinary. Pea under the mattress, Princess? Why the sensitivity? The following day, the market rallied back hard almost erasing the previous day’s loss. The market went on to “correct” back up to a new high for the remainder of the week. The total drawdown from the previous all-time high (on July 12th) was a paltry -2.9%.

The correction draught is building again. This emphasizes that we have been in a one-way market, again, for a while. As of July 23rd, it had been over 265 days since the S&P 500 experienced a -5% decline. According to Dorsey Wright, that is about two-and-a-half times the length of the average period between -5% drops since 1927. Likewise, it has been more than 475 days since a -10% decline, which is about average since 1950, although, according to Dorsey Wright, the market has gone years without a -10% correction.

What if you had a correction and nobody came? We’ll talk about corrections and corrections (and true carnage capital-destroying bear markets) in a minute, but the character of “downturns” seems to have changed over the last several years and that change is becoming more pronounced. Downturns have been sharper and the days in drawdown have been fewer. The phenomenon has been labeled “Buy-the Dip,” and it is one of three important psychological factors driving the stock market to nice, smooth, and seemingly eternal new highs. At any rate, it seems like there is talk about having a correction, but nobody seems to want to come to one.

There are corrections and then there are corrections. And then there are, of course, potentially life-altering bear markets. Nobody wants to come to one of those. There are plenty of more-or-less exact definitions of these things, but what really matters is this: How long does it take to tell which is which once one has started, and what are your chances of being right? Do you have any real opportunity to miss some of the downside without missing the (sooner or later) upside (how fast does it go down before it is at the bottom)? How much does it go down, how long does it stay down, and how long does it take to recover back to a new high?

Corrections that are -5% to -10% and go right back up in a few months (or days!) are normal market action.  Minus fifteen percenters are also normal and are a bit more nerve-wracking, but not so much if they recover quickly. We have had two that were in the -20% neighborhood and beyond (late 2018 and the COVID one in 2020). The fear was palpable during these, but they recovered in less than six months and the fear was quickly forgotten. The first was quite difficult to capture from a trading perspective. The second gave a little bit of opportunity on the downside (in our opinion and experience) but was a bit surprising on the upside. In the end, for these types of corrections, “long-term” investors (fully invested and holding) were rewarded.  That is to say, there was no permanent loss of capital, and the hit to non-discretionary lifestyle cash flow demands due to unfortunate timing was minimal.

Permanent loss of capital and forced withdrawals in a down market – these are two things that you want to avoid. They have happened many times in history, most recently in the 2000 and 2007 bear markets. Fifty percent plus drawdowns that were not clawed back for five or so years. Two big ways to lose in those scenarios is (1) to not be properly allocated in the first place given your cash-flow needs and not maintaining your discipline, and/or (2) trying to time the market and getting it wrong. These are what we term meaningful corrections, and we are focused on being as successful as we can at dealing with them, before, during and after.

Why do meaningful corrections happen? This is more or less the easy part. They are the result of excesses and large imbalances, too much optimism, too much debt, irresponsible risk taking, and not enough room for error. These conditions can persist for a long time to the point where the precariousness is whistled past.  Then something, or more accurately, several things, happen that accumulate, and market participants come to the conclusion that a lack of sustainability is not off in the future, but it’s now.

When is the next one going to be? This is the hard part. Nobody knows, of course, which it is why it is paramount to get #1 above correct beforehand (what to avoid), understand why, and stay with it. It is also why it’s a bad idea to fall victim to #2 before, during or after.

That said, it is possible to monitor key indicators, models, and scenarios. A few examples. We know that there are excesses (some of the extreme variety) in the system. Sentiment is largely at highly elevated levels, margin debt is at all-time highs, flows into equities have been outsized, household equities as a percent of total financial assets has recently hit a new high, and cash levels as a percent of investment portfolios are near lows.

Inflation is low (currently running at a high single digit clip, but largely believed to be transitory), normalized economic growth is slow, and fixed income yields are low on a nominal basis and negative on an inflation-adjusted basis. So low that, if you are investing money for any kind of cash flow need or to protect against inflation (and hold to maturity), they aren’t going to get you where you need to be. This is where TINA (There Is No Alternative) comes in. Where else can an investor go to get a decent return except by investing in stocks or some other risky instrument (the “alternative”)?  And when an investor doesn’t invest in stocks, then when the stocks go up and they don’t participate in the return, this is where the FOMO (Fear of Missing Out) comes in. So the money that is out gets put in. These are the other two psychological phenomena that are driving the markets along with “Buy the Dip” mentioned earlier. So, notwithstanding all the above, and that valuations are beyond earlier extremes by some measures, the market keeps going up and correction attendance is low.

One of the things that has been most notably different since the great financial crisis of 2007/2008 is the degree to which monetary and fiscal actions to “save the economy and society” have been taken. Governments and central banks throughout the world have made it clear that they have the wherewithal and the intention to minimize the impact from negative events and particularly declines in capital markets.

Some cycle indicators show the potential for a downturn later this year, but how deep and how long and how “meaningful” are unclear.  Some longer-term “normalized” valuation indicators reckon that a reversion to the mean could take the markets down comparable to 2000 and 2008 at some point in the future. In the meantime though, intermediate-term market internals and other technical readings are largely neutral to positive, the vaccines are working and increasing penetration (Delta and other variants are seemingly manageable), reopening is proceeding (although with a few setbacks), employment is improving, consumers are spending, and profits are rising. Central banks and governments are very supportive and are expected to continue that support for some time.

The current level of excess appears to be “supported” (or perhaps not showing the immediacy of an imminent collapse) by the positives noted above. Those very positives are the things we watch for clues as to changes at the margin for when the next correction goes from lower probability, or off in the future, to now.

Our Asset Allocation portfolios reflect this in our positioning. We believe the stock markets are headed higher near term with the leadership in large cap and growth, and that interest rates will remain in the 1.2% to 1.5% range on the 10-year US Treasury with marginal pressure to the downside rather than the upside.  We are still less positive on international markets and want to have a higher level of cash than neutral.

GLOBALT is an SEC Registered Investment Adviser since 1991 and, effective July 10, 2013, remains a Registered Investment Adviser through a separately identifiable division of Synovus Trust N.A., a nationally chartered trust company.  This information has been prepared for educational purposes only, as general information and should not be considered a solicitation for the purchase or sale of any security. This does not constitute legal or professional advice, and is not tailored to the investment needs of any specific investor. Registration of an investment adviser does not imply any certain level of skill or training.  Due to rapidly changing market conditions and the complexity of investment decisions, supplemental information may be required to make informed investment decisions, based on your individual investment objectives and suitability specifications. Investors should seek tailored advice and should understand that statements regarding future prospects of the financial market may not be realized, as past performance does not guarantee and/or is not indicative of future results. Content may not be reproduced, distributed, or transmitted in whole or in part by any means without written permission from GLOBALT. Regarding permission, as well as to receive a copy of GLOBALT’s Form ADV Part 2 and Part 3, contact GLOBALT’s Chief Compliance Officer, 3400 Overton Park Drive, Suite 200, Atlanta GA 30339.  You can obtain more information about GLOBALT Investments and its advisers by accessing the Investment Advisor Public Disclosure website.