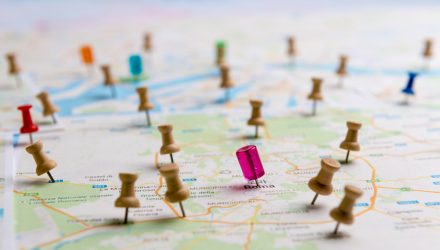 We have all heard the three tongue-in-cheek keys to successful real estate. Location, location, location. However, the global economy is learning that real estate is not the only market landscape where location determines returns.

Russia’s recent invasion of Ukraine came with a backlash of economic penalties from governments and private corporations alike. Doing business with and in Russia became instantly politically taboo and no longer purely economical. Russia became a trade pariah almost overnight, and global markets have been feeling the effects of this development over the past month. However, if we widen the aperture, we believe that this change is an acceleration of a trend that has been underway for over a decade.

As we understand the term from a contemporary vantage point, the “new world order” usually refers to the geopolitical cooperation that Western powers hoped to build after the Cold War in order to avoid major military conflict between nuclear powers. However, what also gathered momentum during the same time period and since World War II has been economic and trade relationships. This has incentivized economies around the world to export what they produce well and/or efficiently and to import the goods and services that other countries produce better and/or more efficiently.

The result was an on-demand economy built on low just-in-time inventories, trust in international partners, unprecedented interconnectedness (in-person and technology-driven). The economic benefits were obvious. The global economy grew larger and more efficient than any time previously. In other words, location did not matter.

However, according to the World Bank, trade as a percentage of global GDP peaked in 2008 and has been declining since. Whether it stems from growing trade conflicts with China to frustrations with a globally woven supply chain for paper towels two years ago to semiconductors this spring, the world has realized how dependent we are on other economies and the vulnerabilities that interdependence inherently brings.