You are at:Home»ETF Strategist Channel»How to Invest with an Economy at Full Capacity 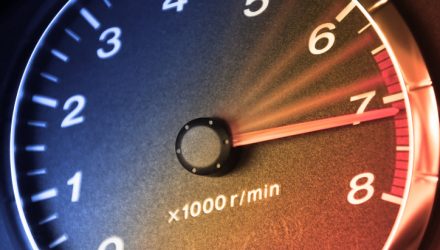 How to Invest with an Economy at Full Capacity

According to the most recent jobs report, unemployment is the lowest it’s been in 18 years. At 3.8%, the unemployment rate is significantly lower than the Fed’s long-run projection of 4.4%. All signs point to an economy running at full capacity. But what does that really mean for investors?

Imagine running a wildly successful widget factory. Your customer base can’t get enough of your widgets – they’re sold out everywhere. Your factory is operating at full tilt, and you’re having to pay employees overtime to meet your production targets. While widget production increases, the factory is not running as efficiently – your employees are overworked, and the wear and tear on your equipment is higher than normal. Your factory is running above its production capacity or potential output.

What is the economy capable of producing and what is it actually producing?

The output gap is the difference between what an economy is producing and what it’s capable of producing. A positive output gap means the economy is growing above its potential growth rate; typically, demand is high and companies are forced to operate far above what is most efficient. A negative output gap signifies the opposite – demand is weak so companies operate with spare capacity. In a perfect world, economic growth equals the potential growth rate, but the cyclical nature of a market economy doesn’t allow that, which necessitates mechanisms such as a central bank to dampen output gaps throughout a business cycle.

Two things drive the potential growth of an economy – 1) the labor force, and 2) the productivity level of that labor. Since productivity moves at a glacial pace, the labor market is more important to economists on a day-to-day basis. Full employment is synonymous with an economy operating at full capacity.

How does capacity affect inflation?

When an economy is operating at capacity, there is no pressure on prices one way or another. A negative output gap results in lower prices, or disinflation; while a positive gap should result in inflation, as prices rise to reflect increased demand relative to tighter supply.

This theory and background are important because after years of operating with a negative output gap, the U.S. economy is increasingly showing signs of full capacity, as evidenced by May’s employment data. The numbers reflected the continued tightening of the labor market in the U.S. as the unemployment rate ticked lower to 3.8%. Compare that figure to the Fed’s projection of long-run unemployment at 4.4%, and the U.S. is squarely operating above capacity.

What does it mean for investors?

The game changes for investors during a backdrop of an economy at full capacity. Most importantly, with an economy at full employment, central bank policy transforms from one that aims to generate economic activity to one that attempts to slow economic activity due to a positive output gap. In the U.S., this takes the form of a higher Federal Funds Rate and a shrinking of the Fed balance sheet.  Without the Fed in play, investors can expect a period of higher market volatility. Relative value between regions, sectors, styles, and individual securities rise in importance as the global equity markets’ beta is less likely to provide favorable risk-adjusted returns as it had during the previous few years. Also, a tight labor market and peaking demand should result in inflation. For investors, this means a focus on commodities and inflation-linked asset classes, such as energy sector equities and bonds, as well as TIPS.

This article was written by Komson Silapachai of Sage Advisory, a participant in the ETF Strategist Channel.