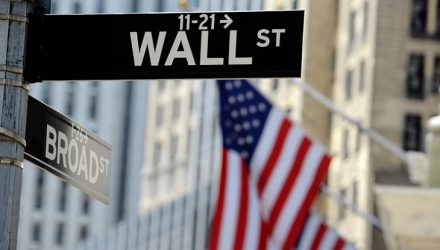 Examining the Warning Signs from the Auto Loan Industry

A decelerating rate of growth in credit – in particular credit to corporate customers by way of Commercial & Industrial Loans – historically has tended to coincide with business cycle downturns. Some analysts blame a mix of political uncertainty, rising rates and historically high corporate debt levels for eroding corporate demand for loans. It remains to be seen whether this slowdown in credit growth will extend into the summer, but if so, it may signal an impending cyclical downturn (for which Wall Street is totally unprepared).

As depicted in the chart below (courtesy of the New York Federal Reserve), bank lending standards for auto loans were continuously easing for the 2011 through 2016 period, which set the stage for recently rising delinquency rates for consumers.

Subprime auto loans (with credit scores below 620) have seen a meaningful rise, up to 4.51%,  in the percentage of loans being 60 days or more delinquent, approaching the 2009 crisis-era peak level of 4.69%. Defaults are also picking up in similar fashion with subprime loan default rates now at 11.96%, close to the crisis level of 14.63%.  Bloomberg reported recently that losses for subprime auto loans, on an annualized basis, were 9.1% in January 2017, up from 7.9% in January 2016 and the worst rate since January 2010. Losses are rising in part because when lenders repossess cars from defaulted borrowers and sell them, they are getting less money back, but lax lending standards in prior years also play a part.

These aggressive auto lending standards were reflected in the observation that in the first three quarters of 2016, 32% of all trade-ins were underwater (=in a negative equity position, where the remaining loan balance on the trade-in vehicle exceeded its market value), as shown in the chart below (courtesy Morgan Stanley).  That negative equity was rolled into the new loan, for which banks have been stretching out loan terms to keep monthly payments low, which – just like the associated rise in average loan-to value ratios – raises the credit risk on these loans.