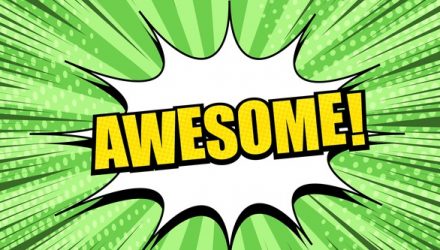 Everything is Awesome as U.S. Markets Hit All-Time Highs

We are often asked why we are not more bullish. After all, the US stock market was recently hitting all-time highs, and there is some evidence that the worst of the global growth slowdown and trade skirmishes may be behind us. And after an abrupt about-face from tightening to easing, global central bankers appear to be willing to support growth at all costs, especially against the backdrop of such a long period of persistently low inflation. If that was not enough, next year is an election year. If politicians know anything, it’s that weak growth — and certainly not recessions — are not good for getting re-elected. So won’t this US presidential administration do everything in its power to boost the economy, just in time for voters to hit the polls?

Many of the improving data points are volatile and have been prone to frequent short-term head fakes, but even if the improvement can be sustained, it just may not be as quick and as aggressive as market participants are hoping for, at least in the US. Meanwhile, on the trade front, we make two simple observations. First, everybody seems to have an opinion on how the events will unfold, but it makes little sense to us that investors are positioning their portfolios based on this type of speculation. Second, ratification by Congress aside, negotiations with the Trump administration have yet to go smoothly into the finish (remember the weeks leading into the original USMCA signing over a year ago?). Following that pattern, the market may need to “price out” a deal before it actually gets done.

There are many myths circulated about election years. The Fed does not raise rates in election years? Over the last 12 election years, the Fed has actually had more interest rate raises than cuts! Politicians will engineer a strong economy and strong stock market going into an election? The last two bear markets spanned election years (2000 and 2008)! Elections and geopolitical events tend to distract investors from focusing on the fundamentals. The market’s rally to new highs despite slowing profit growth, tightening liquidity and rising optimism suggest that investors are not being compensated less for taking on increased risk. But as is very typical late in bull markets, momentum seems to again be dominating investor psychology, where markets become increasingly attractive to investors simply because they are going up. To us, this indicates that we should be getting more cautious, not more bullish.