You are at:Home»ETF Strategist Channel»ETF Expense Ratios: The Race to Zero 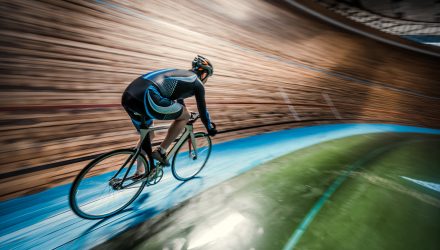 “Nothing? Who do you think you’re dealing with? Nothing costs nothing.” — Terry Benedict, Ocean’s Twelve (2004)

One of the biggest advantages of exchange traded funds (ETFs) over mutual funds (MFs) is lower expense ratios. Since ETFs are primarily index-based, and many have similar exposures, one of the most common ways firms compete is by lowering fees. Thus, newly launched ETFs have been undercutting existing fund expense ratios. In turn, issuers of the existing funds have been cutting their fees to stay relevant. This has generated a vicious cycle, which has come to be known as “the race to zero.” This race has been a net benefit to investors, and if you are a thrifty shopper like me, ETFs have become that much more appealing.

But the rise of ETFs and their huge asset growth have turned some heads in the MF world, particularly as some of that growth has been at the expense of MF assets. In response, it appears MF managers have followed suit and begun to reduce expenses and shift focus to index products to remain competitive. I have prepared an evaluation of expense growth over time for equity MFs and ETFs. But first, let’s take a look at growth in the number of funds and assets to gain a better insight of market trends.

The first chart shows the growth in the number of equity funds. Annual growth of total MFs and active MFs has been quite slow since 2000 (just under 3%), and it flattened out after 2009, which is when ETFs really took off. ETFs stand out with their spectacular growth rate of almost 20% per year with no end in sight. Note that index MFs have more than doubled in number since 2000, growing at a higher rate than active MFs — evidence that fund sponsors appear to have shifted focus on the types of products they launch.

The next chart shows assets have grown for all categories, but there has been a lot more volatility in asset growth for active MFs (including several sharp declines). The growth in index MFs and ETFs has been smoother and significantly stronger. Index MF assets have experienced double-digit annual growth, more than twice that of active MF assets, while ETFs have grown 5x faster with a staggering 25% growth rate.

Equal-weighted expense ratios have come down for all categories. Downward growth is led by ETFs, close to -3%, reinforcing the “race to zero” theme. Shifting to asset-weighted reveals some interesting insights. First, active MF growth does not change much from the equal-weighted number — evidence that investors are willing to pay up for active management.