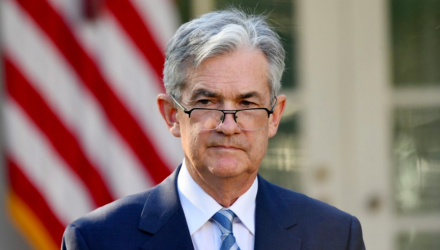 There were no surprises at the recent U.S. Federal Reserve’s (the Fed) FOMC Meeting. The target rate moved another 25 basis points higher to 1.75% – 2.00% and their economic outlook and updated projections will likely keep the Fed on course for two more hikes this year.

Since taking over, Fed Chair Powell has remained on his predecessor’s path of gradual tightening while balancing a potentially inflationary backdrop amongst global economic risks. While much of his policy is the same, Fed Chair Powell has indicated and seems to be adhering to a pullback of forward guidance in future meeting minutes, which the market has become accustomed to and needed since the financial crisis.

On one hand, this position on forward guidance allows the Fed more flexibility without causing shocks to the market. However, it also raises concerns that with more rope, the Fed could overshoot with their policy and push the economy into a recession.

In our opinion, too much tightening by the Fed is a major risk factor and should be considered when making investment decisions. In this environment, we believe there will be relatively muted equity returns compared to recent years and a flattening yield curve as short-term rates pushing higher.

Under the new regime of Chairman Powell, the Fed has stayed on their previous trajectory with measured rate hikes up to this point in the year. The Fed pointed to robust economic growth during its June meeting, replacing ‘moderate’ with ‘solid’ to describe economic activity, which indicates they will likely at a minimum stay on the current course. However, we believe there are signs this path could change going forward, and especially into 2019. First, cutting back on their forward guidance by not explicitly stating what they expect to happen has essentially given the Fed more flexibility to raise rates faster without creating ‘surprise’ shocks to the markets. Secondly, a lot of focus seems to be on the low unemployment rate in the U.S. and the implication that low unemployment will lead to higher wage pressures, which would be inflationary. Finally, there are a growing number of factors independent of the Fed that could result in more tightening than intended. Coupled with a too aggressive Fed, these factors could push our economy over the tipping point.

OTHER SOURCES ADD TO THE TIGHTENING

For example, balance sheet normalization in the U.S. is fully underway and the ECB announced it will follow suit beginning late this year. While neither central bank is outright selling securities in the market, this passive rolldown with no reinvestment leads to less demand than the market has become accustomed to and, therefore, may drive the interest rate for certain securities higher to entice demand. As rates move up, this passive tightening can exacerbate the impact of rate hikes implemented by the Fed and should cause some concern for investors.

Additionally, investment grade credit spreads have widen recently following a period of tighter spreads relative to historical levels. As debt service becomes more expensive, we could see less spending from the corporate sector. This is another source of tightening that occurs independent of Fed action as the market begins to demand a higher risk premium to hold corporate debt.