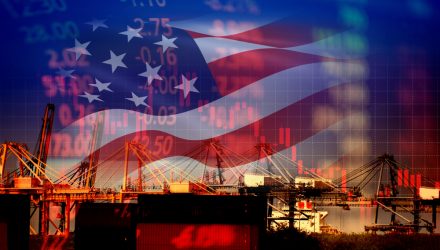 Economic data received in July showed signs of a rebound from the disastrous numbers seen in May and June.

Readings for second quarter GDP came in showing an historic -32.9% annualized collapse in the output of goods and services in the U.S. as consumer spending all but dried up during the early days of the pandemic. Consumer Spending continued to rebound in June, however, rising 5.6%, following May’s rise of 8.5%. Personal Income declined -1.1%, slightly better than May’s -4.4% fall.

Retail Sales for June rose 7.5%, beating analyst expectations for a 5.0% gain. The Unemployment Rate in June came in at 11.1%, better than expected and down from May’s 13.3% number. Average Hourly Earnings fell -1.2% MoM but remain up 5.0% YoY. As of mid-July Continuing Claims still exceeded 17 million, as a combination of slow re-hiring in certain sectors (travel & leisure) and high unemployment benefits (extra $600 per week) kept many would-be workers on the sidelines.

The housing sector appears to have weathered the pandemic better than many would expect with demand holding fairly steady throughout the spring and early summer while supply shrank as a result of the pandemic. Housing Starts rose 17.3% MoM in June while Existing Home Sales rose 20.7% MoM and New Home Sales surged 13.8%. The S&P CoreLogic CS US Home Price Index showed a 4.46% YoY rise in home prices through May.

The U.S. economy continued to recover throughout July from the Q2 shutdown; however as coronavirus cases surge here in mid-summer, concerns over a second wave and another forced economic shutdown have both consumers and investors on edge. As Congress debates another stimulus package, the Federal Reserve continues to pledge any means necessary to maintain economic stability. So far, markets are responding favorably to this combination of support, although the clear need for a vaccine rises daily.

Mid- and Small-Cap equities, as measured by the S&P 400 and 600 Indices, rose in tandem, gaining +4.61% and +4.11%, respectively on the month. For the year, Mid- and Small-Caps remain firmly in the red, down -8.75% and -14.49%, respectively. The S&P 500 Technology sector rose +5.62% in July, matching the broader market’s return. This comes after blowout earnings from Apple, Facebook and Amazon (sorry Google), and despite their CEO’s testifying on Capitol Hill on Thursday.

Apple’s earnings report showed strength in all segments, with consumers stocking up on Macs and iPads to both work and learn from home. The Consumer Discretionary sector, which counts nearly 50% Amazon exposure, surged in July, up +9.00%, due to a record quarter in which demand rose from people staying home and ordering just about anything on Amazon. Both Apple and Amazon are expected to see revenue cross the symbolic $100 Billion mark in Q4, a feat rarely accomplished globally besides at Walmart.

For perspective, consensus estimates see Amazon and Apple bringing in revenues of $380 Billion and $280 Billion this year, and their current market capitalizations reflect the heightened expectations at $1.586 and $1.821 Trillion, respectively. Growth stocks continued to outperform Value stocks during the period with the S&P/Citi Growth Index returning +6.99% compared to +3.66% for the S&P/Citi Value Index.

The year to date Growth/Value spread continues to widen, reaching nearly 28 percentage points, with Growth stocks +15.47% YTD compared to -12.43% for value. With nearly two thirds of S&P 500 companies reporting Q2 earnings, an overwhelming 84% of companies have beat consensus EPS targets by an average of 21.8% according to FactSet, both well above average. As the earnings bar gets reset for the rest of 2020 it will be just as important to see how many companies reinstate full year guidance given that nearly 40% of S&P 500 companies pulled their full year guidance last quarter. Stay tuned.

International equities also rallied sharply in July thanks to a weaker U.S. Dollar and positive headlines from the European Union on a record fiscal stimulus package coming to market. Developed Markets equities, as measured by the MSCI EAFE Index, rose +2.36% on the month helped by a surging Euro that gained +4.46% during the period to close July at 1.17 USD/EUR, the highest level in well over a year.

Emerging Markets equities, as measured by the MSCI Emerging Markets Index rose an even greater +9.01%, as the U.S. Dollar cratered -4.15% on the month. A weaker Dollar (and strengthening foreign currency) helps boost returns of U.S. Dollar based investors investing overseas. Quietly, EM is outperforming DM year to date (-1.53% vs. -8.92%). Perhaps the greatest announcement in international markets came midJuly with the European Union agreeing on a 1.8 Trillion Euro spending package which includes issuing common debt from the EU (and available for purchase from the European Central Bank).

Looking through the headline, 390 Billion Euros will be issued as grants; however, while that amount may pale in comparison to support from the U.S. Federal Reserve, the announcement is symbolic in that it represents European unity, and perhaps finally a step towards a fiscal union (one could only hope). More interesting is Northern countries agreeing to help Southern countries and Germany opening up its wallet. The likely beneficiaries of the stimulus measures are most likely to be smaller economies such as Italy and Greece where government debt loads have skyrocketed.

European governments have stepped in to aid the labor market, which has helped keep joblessness relatively under control. Unemployment in the Eurozone was only 7.8% (up from a low of 7.2% and versus more than 11.1% in the U.S. from a low of 3.5%). Strict lockdowns and government furlough programs appear to be helping. Early indications out of the Eurozone are of stabilization and early signs of growth, it remains to be seen whether or not the bloc is out of the woods.

The Eurozone recorded a record economic contraction, with GDP falling – 12.1% from the previous quarter (much different interpretation than the – 40.3% annualized figure reported as a headline). Despite the negative headline, there are a few signs of life. The Markit flash Purchasing Managers Indices (PMI) rose to 51.1 from 47.4 in June, indicating manufacturing is beginning to rebound. Services PMI came in at 55.1 from 48.3 in June, also signaling a strong rebound.

The overall composite reading of 54.8 handily beat expectations for 51.1, and marked a more than 2-year high. Readings over 50 signal expansion. Time will tell if the Eurozone recovery is for real and if the recent stimulus announcement was more than a one-time symbolic gesture. Perhaps the Dollar’s years-long surge is over and recent Euro strength will persist. Should investors agree, they might start to vote with their asset allocations.

Jerome Powell’s Federal Reserve met on July 28th and 29th, followed by a press conference hosted by Powell. There was plenty of concern about the pandemic battered economy, but no specific action taken (although there has been plenty of action during the past few months). For now, we are in a “wait and see,” period. One of the major concerns was that falling demand could lead to a disinflationary shock. To moderate this concern, Powell wanted to make very clear that rates would remain low, indefinitely.

During the discussion, he emphasized that the Fed was not even “thinking about thinking about thinking about,” raising interest rates (he has used that phrase before, but not being thrice removed from it). Duration has continued to be a bond investor’s friend, as Treasury rates declined further in July. Short-term Treasury bond yields are about as low as they can go (without moving below zero…), and longer maturity Treasury bond yields have continued to slowly move lower.

U.S. Treasury yields still offer some the highest rates in the developed world. With this month’s move lower, they are approaching Canadian rates, but remain higher than Great Britain, Germany, Japan, etc. Credit risk has continued to build, illustrated by the consistent stream of corporate bankruptcies, even as the Government attempts to staunch the flow with assorted programs.

While defaults rise, the yield of Investment Grade and High Yield bonds has continued to fall. It is difficult to reconcile, but there are a few explanations that make some sense. One, is that spreads are recovering from a possible overreaction earlier this year when they widened significantly. The second possibility is that with Treasury bond yields having declined to historically low levels, corporate bonds are simply adjusting by offering a historically similar amount of relative yield pickup on a percentage basis (25% more yield than a similar Treasury bond), instead of the more traditional nominal spread basis (100 basis points more than a similar Treasury bond).

The combination of lower Treasury yields and contracted corporate spreads (risk-on) resulted in strong monthly returns for Investment Grade and High Yield corporate bonds, as well as Emerging Market bonds, which had the additional tailwind of a weakening US Dollar. Government bonds benefitted from yields moving lower (prices higher), and Municipal bond yields declined relative to Treasury bonds. While Municipal bonds continue to offer value compared to Treasury bonds, their yields have returned to levels closer to those historically experienced than we have seen in the past few months.

Alternative investments were mostly positive in July, but positively benefitted from a materially weaker U.S. Dollar. The Dollar, as measured by the DXY Index fell -4.15% during July and is now down -3.15% for the year and -8.67% off of its post-election high reached on December 31, 2016. Weakness in the Dollar boosted the Euro, which gained +4.46% during the month and is now +9.55% off the low of 1.068 hit on March 20th . A weaker Dollar and falling interest rates propelled Gold to a new all time high.

The shiny metal rose $195/ounce or +10.94% to close the month at $1,976/ounce. Gold has risen +30.23% year to date as investors have sought refuge from weaker currencies, falling interest rates, and increasingly negative real yields. Traditional uses for precious metals (i.e. hedges to geopolitics, market volatility, etc.) remain; however, flows into the metals space are likely more to do with increasingly negative real yields in the short term. Gold futures briefly crossed $2,000/ounce in July which was a first, before paring gains.

While flows into Gold related investments have been unrelenting, the immediate headwinds to Gold prices remain elusive save for profit taking. Gold has outperformed both Technology stocks (+21.41%) and the NASDAQ (+18.18%) year to date. In other alternatives news, West Texas Intermediate (WTI) crude prices rose +$1/barrel, or +2.55%, to close at $40/barrel on the NYMEX.

Crude’s gains helped the Bloomberg Commodities Index gain +5.7% during the period. Real Estate, as measured by the FTSE NAREIT All-REIT Index, gained +3.62%, and remains -14.79% off of its highs from January. According to HFR, Hedge Fund strategies largely posted positive returns in July, with eight of nine strategies posting gains during the month.

For the year, the picture is more mixed, with only five of nine strategies tracked posting positive returns on average. Convertible Arbitrage is the top performing strategy on the month (+2.61%) and year (+5.61%), while the bottom performer is Equity Market Neutral, down -1.78% in July and -6.70% year to date.